On May 2, 2019, the Ninth Circuit unanimously decided Vazquez v. Jan-Pro Franchising International, Inc. No. 17-16096 (9th Cir. 2019), a putative class action that had been pending in the courts for nearly ten years. In Vazquez, the Ninth Circuit analyzed whether Jan-Pro’s franchisees were in fact employees, entitled to the protections afforded by California wage orders, as opposed to independent contractors.

The Vazquez case had a long history, stretching back more than ten years. In 2008, a Massachusetts plaintiff, Giovani Depianti, and two Pennsylvania plaintiffs, filed a putative class action in Massachusetts against Jan-Pro International Franchising, Inc., a Georgia corporation. By the end of 2008, another plaintiff from Massachusetts and seven additional plaintiffs from other states, including Vazquez and two other California residents, joined the litigation. Plaintiffs asserted that Jan-Pro, a major international janitorial cleaning business, had developed a sophisticated three-tier franchising model to avoid paying its janitors minimum wages and overtime compensation by intentionally misclassifying them as independent contractors.

The case is extremely consequential: For employers trying to evade the wage-and-hour protections afforded to workers, Jan-Pro obviously had a significant financial interest in keeping closed the floodgates to nationwide liability for multiple years of back wages and overtime pay; and likewise, to workers, as articulated by the National Employment Law Project, which filed an amicus brief in the matter, that the public likewise has a strong interest in the issue because of the impact of Jan-Pro’s franchising schemes and those of similar franchised companies on low-wage and immigrant workers and their communities who tend to be exploited by these schemes.

The Ninth Circuit agreed with plaintiffs and held that the California Supreme Court’s intervening decision in Dynamex Ops. W. Inc. v. Superior Court of Los Angeles, 4 Cal.5th 903 (2018) is controlling and applies retroactively. The impact of the Ninth Circuit’s ruling in Vazquez will certainly be profound and far reaching, likely unleashing a deluge of revived wage-and- hour class-action claims and potentially allowing workers to assert claims going back four years before the 2018 Dynamex decision, based on California’s applicable statute of limitations governing such claims.

The Vazquez decision, therefore, could well constitute a significant boon for the workers of California, making it significantly more difficult for employers to misclassify workers as independent contractors to deprive them of equitable treatment; “employee” status properly affords workers with additional rights and benefits, protecting them from certain exploitive conduct by employers.

Vazquez also has major implications for California employers that rely on purported “independent contractors,” including many well-known gig- economy companies such as Postmates, Lyft, and Uber. The Ninth Circuit’s decision could very well prompt some companies proactively to reclassify contractors as employees to make pay and benefits more equitable for their workers. Indeed, it is fortuitous that the Vazquez decision was published just as Uber plans to raise capital in what many observers expect to be the largest initial public offering of stock so far in 2019. The Vazquez decision, likewise, has potentially very significant implications for franchised businesses, subjecting them to the same standard of scrutiny when determining whether a worker must be properly classified as an employee: the Ninth Circuit held that the ABC test also applies to the franchisor-franchisee relationship as in the case of defendant Jan-Pro.

Dynamex also clarified California’s test under salient California wage orders to classify workers properly as employees as opposed to independent contractors. To demonstrate that workers are in fact properly classified as independent contractors under the wage orders, employers must satisfy the ABC test: (A) the worker is free in the performance of his or her work from the control and direction of the hiring entity (both pursuant to contract and in fact in the performance of the work contemplated); (B) the worker must additionally perform work outside the ordinary scope of the hiring entity’s usual business; and (C) the worker must be customarily engaged in an independently established trade, occupation, or business of the same nature as the work performed for the hiring entity.

Because Dynamex simply clarified existing law, as opposed to creating new law (statutes only operate prospectively, but judicial decisions generally operate retrospectively), and because the impact of a judicial decision retroactively altering liability is only deemed to be constitutionally problematic when the new rule is found to be arbitrary or irrational, which Dynamex is not, the Ninth Circuit in Vazquez concluded that the ABC test articulated in Dynamex must therefore be applied retroactively and as such remanded Vazquez to the District Court to consider the merits of the case in light of the California Supreme Court’s decision in Dynamex.

Vazquez will present a very significant challenge to gig-economy companies trying to establish the B prong of the Dynamex ABC test: that services provided by a worker are outside the usual business of the hiring entity.

In addition to gig-economy companies, Vazquez has particularly significant implications for businesses that are organized on a franchise model. To be sure, in recent years, the franchise industry and its principal representative lobbying organization, the International Franchise Association, have been pressuring lawmakers and courts alike for various legal protections to limit franchisors’ potential vicarious liability or joint employer liability in an effort to insulate the franchisor from exposure to what might otherwise constitute unlawful employment practices and violations of applicable wage and hour laws and protections. Although these franchisors and the International Franchise Association have consistently insisted that franchisees and franchisors should be entitled to special protections from California wage and hour laws, the Ninth Circuit’s decision in Vazquez clearly rejects that contention.

In examining the application of the Dynamex ABC prongs to Jan-Pro, the Ninth Circuit rejected Jan-Pro’s argument that the California Supreme Court’s decision in Patterson v. Domino’s Pizza, LLC (2014) 60 Cal.4th 474 differentiates a franchisor from other putative employers in wage-claim cases. Patterson held that the trademark-related controls necessary in a franchisor-franchisee relationship cannot, as a matter of law, expose the franchisor to vicarious liability for torts committed by the franchisee. Patterson recognized that systemwide standards and controls provide a means of protecting the trademarked brand at great distances. Indeed, the Lanham Act requires that a franchisor control the use of its trademarks to avoid abandonment and help ensure that the public is not deceived as to the quality of the goods or services bearing the franchisor’s trademarks. However, in Jan-Pro, the Ninth Circuit concluded that the franchise context does not alter the Dynamex analysis and there is no Patterson gloss to the ABC test.

Patterson has no impact on Dynamex, the court concluded, because vicarious liability serves different purposes than California wage orders. While vicarious liability incentivizes a supervising entity with a right of direct control to prevent tortious conduct, wage orders create incentives for economic entities to internalize the costs of underpaying workers, costs that would otherwise be borne by society. As such, Dynamex eschews reliance on control as a necessary condition for an employment relationship to make it more difficult for hiring entities to evade the wage orders through contrived labor arrangements or schemes.

The Ninth Circuit’s skepticism as to whether Jan-Pro will ultimately be able to prove that it is not an employer under the ABC test has the potential to disrupt the fundamental structure of the franchise business model. To that end, the court held that the Dynamex ABC test applies to both the franchisee and the franchisor when analyzing whether workers are employees, resulting in increased exposure to liability for franchisors. Franchisors can no longer evade California wage and hour laws.

The decision means Jan-Pro must defend class claims that it unlawfully misclassified California employees as independent contractors. The Ninth Circuit decided that limiting the application of the Dynamex ABC test only to new cases would fundamentally defeat the remedial purposes of California wage law specifically cited by the California Supreme Court in Dynamex. Retroactive application of the Dynamex ABC test ensures that the workers who sued Jan-Pro will be able to provide for themselves and their families. Moreover, the Ninth Circuit’s Vazquez decision also protects the janitorial industry as a whole by putting Jan-Pro on equal footing with other businesses that do not evade California’s wage and hour laws and shields California from the onus of having to support workers who are being paid substandard wages.

Together, the Dynamex and Vazquez decisions look past the purported formality of the worker’s relationship to the hiring entity to analyze the essential nature of that relationship in determining whether or not the relationship truly constitutes an employer-employee relationship entitling the worker to all the protections of California wage orders and relevant California wage and hour laws. Both decisions represent significant and substantial progress in California’s continuing efforts to protect workers from exploitation and abuse. 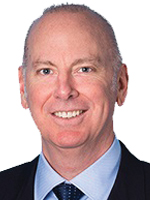 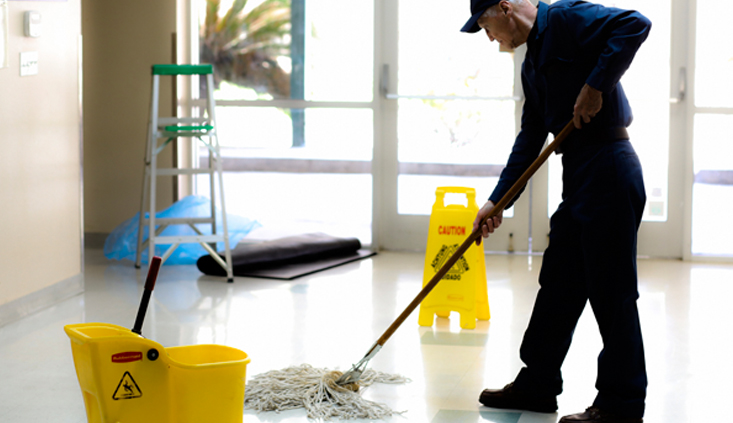