Premises-liability cases are among cases most likely to receive a motion for summary judgement (“MSJ”) from defendants. When it comes to construction cases it becomes even more likely that you will see the defense file an MSJ. The Privette doctrine acts as an affirmative defense from liability for injuries sustained by employees of subcontractors. Since 1993, when the Privette doctrine was established, it has been the primary weapon for defense counsel and general contractors seeking to escape liability. As a result, it is imperative that you know about the doctrine before filing a case where it is likely to apply.

A brief look into the history of Privette

The Privette doctrine holds that owners and general contractors are not liable for injuries to the employees of subcontractors unless there is affirmative negligence by the owner/general contractor. This is based on the rationale that the hirer indirectly paid into workers’ compensation (that should be furnished by the independent contractor for its employee) as part of the contract price. (Privette v. Superior Court (1993) 5 Cal.4th 689.)

In Privette, the owner of an apartment complex hired a roofing subcontractor to reroof some rental properties. An employee of the roofing subcontractor fell off a ladder and was injured while trying to follow the order of the roofing company foreman to carry buckets of hot tar up the ladder.  The injured employee could not sue his employer in light of the workers’ compensation exclusivity rule. But he sued the owner of the apartment complex, invoking the “peculiar risk doctrine.” As the Privette court explained, “Under the peculiar risk doctrine, a person who hires an independent contractor to perform work that is inherently dangerous can be held liable for tort damages when the contractor’s negligent performance of the work causes injury to others.” (Id. at 691.)

The imposition of tort liability turns on whether the hirer exercised that retained control in a manner that affirmatively contributed to the injury. An affirmative contribution may take the form of actively directing a contractor or an employee about the manner of performance of the contracted work. When the employer directs that work be done by use of a particular mode or otherwise interferes with the means and methods of accomplishing the work, an affirmative contribution occurs. When the hirer does not fully delegate the task of providing a safe working environment but in some manner actively participates in how the job is done, the hirer may be held liable to the employee if its participation affirmatively contributed to the employee’s injury.

Furthermore, in McKown v. Wal-Mart (2002) 27 Cal.4th 219, 225, the court states that a hirer’s own negligence can be a basis for holding the hirer/general contractor negligent when the negligence affirmatively contributes to a plaintiff’s injuries. In McKown, a hirer was found to be negligent for the act of furnishing unsafe equipment to the hired contractor. The court explained that “the hirer should be liable to the employee for consequences of the hirer’s own negligence.” (Id., emphasis added.)

Along with the affirmative-contribution exception articulated by the Supreme Court in Hooker, another exception to be aware of is drawn from  Kinsman v. Unocal Corp. (2005) 37 Cal.4th 659. In Kinsman, the Court addressed the question of liability where a landowner knew about a latent dangerous condition (asbestos contamination) that its contractor was not aware of. The Court created a narrow exception to the Privette doctrine that relates to preexisting and latent hazardous conditions on the premises, holding, “A landowner may be independently liable to the contractor’s employee even if it does not retain control over the work, if: (1) it knows or reasonably should know of a concealed, preexisting hazardous condition on its premises; (2) the contractor does not know and could not reasonably ascertain the condition; and (3) the landowner fails to warn the contractor.” (Id. at 675.)

Where Privette issues are usually asserted in the litigation

While Privette issues can arise during any stage of litigation, it is more commonly seen at the demurrer and MSJ stages. Although some defense counsel will try to demur based on Privette, in most cases you can have the demurrer easily overruled by asserting properly pleaded allegations.  The court must even assume as true those facts which may be inferred from those expressly alleged. (Harvey v. Holtville, (1969) 271 Cal.App.2d 816, 819 (internal citations omitted).) As long as the complaint is properly pled with facts alleging that the general contractor retained control and its actions were directly negligent in causing injury to the plaintiff, the court will likely overrule the demurrer because whether the general contractor is negligent will hinge on a factual determination that should not be ruled on at the demurrer stage.

There are many tools that can be instrumental to navigating the Privette defense. The first key is understanding Privette and its progeny, as well as the applicable exceptions as discussed above. As with all cases you should first look to the jury instructions for guidance on what you will need to meet your burden of proof at trial. In doing so you will also find CACI 1009A which follows the case law in Kinsman, and CACI 1009B which follows the case law in Hooker. Understanding the caselaw and jury instructions is the foundation in development of your approach to a successful outcome in your case.

The second key is conducting proper fact-finding prior to filing a lawsuit and during the discovery phase after you are in active litigation. When learning of the specific facts surrounding how the injury occurred, the layout of the construction site, and how the construction site is operated, it is important to become familiar with the OSHA guidelines and reports that can be retrieved. Cal-OSHA safety regulations apply to defendant and create negligence per se liability. (Elsner v. Uveges (2004) 34 Cal.4th 915 (Elsner).)

In Elsner the court held that “Cal-OSHA provisions are to be treated like any other statute or regulation and may be admitted to establish a standard or duty of care in all negligence and wrongful death actions, including third party actions.” Under Elsner and Labor Code sections 6304.5 and 6400, an employer has a duty to maintain a safe work environment where that employer (1) exposes an employee (not necessarily its own) to a hazard, (2) creates the hazard, (3) is required to remedy the hazard, or (4) “was responsible, by contract or through actual practice, for safety and health conditions on the worksite; i.e., the employer who had the authority for ensuring that the hazardous condition is corrected (the controlling employer).”

The production of documents

Analyzing the production of documents is a key to assuring you get past the MSJ stage in these cases. Often, referring attorneys send over cases where they have not thoroughly reviewed the contents of the production. This is where you find the gems. It is important to retrieve and review the contractual agreement between the general contractor and the subcontractor. Within the agreement it carves out the scope of work and responsibilities of the respective parties. However, the agreement is not the be-all end-all.

Another key to defeating Privette, especially at the MSJ stage, is to hire a construction-liability expert to help establish a triable issue of fact. His or her opinions would utilize OSHA guidelines and other related codes, industry standards and the facts that surround the incident and construction site to establish that the general contractor either maintained control of a particular area, or directed the injured person in a way that makes the general contractor liable. Along with helping you understand the various codes and standards, they can draft a declaration that makes it substantially more likely for you to get past the defendants’ MSJ.

Avoid the open chair at trial

It is extremely important that you are not pressured into a nominal settlement because of the defendant’s pressure of an MSJ under a threat of a Privette defense. While each case is different, generally speaking, you will do yourself and your client a disservice if you settle for a nominal amount with a general contractor to avoid losing at MSJ. When this happens, you have effectively created an “empty chair” at trial. (An “empty chair” is when there is a defendant who has been dismissed from an action whereby at trial, another defendant can point the finger at that defendant in an attempt to shift liability.)

Any portion of fault the jury allocates to the empty chair defendant is not recoverable because they have already been dismissed. When pressed with a motion for summary judgment if you believe you do not have a good chance at winning, you should still consider Code of Civil Procedure section 437c, subdivision (i) which states, “in an action arising out of an injury to the person or to property, if a motion for summary judgment is granted on the basis that the defendant was without fault, no other defendant during trial, over plaintiff’s objection, may attempt to attribute fault to, or comment on, the absence or involvement of the defendant who was granted the motion. (Code Civ. Proc. § 437c, subd. (i).)

Although the Privette doctrine can be damaging to some cases, it is not absolute and continues to be shaped with the Court carving out exceptions. Utilize these exceptions to your advantage as they have and will continue to lead to increased verdicts against general contractors. 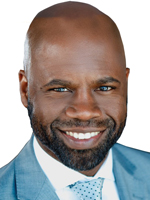