For years the trend in California Courts has been to broadly construe labor and employment laws in favor of the employee. With increased monetary penalties for failing to provide meal and rest breaks and for misclassification of employees as independent contractors, increased scrutiny of classification of employees as exempt employees, the types of activities considered protected activity under labor laws, and additional restrictions on employment agreement provisions, the perception is that the California Courts and Legislature have become zealous advocates for the employee at the expense of the employer. At first glance, recent California court decisions appear to break this trend, giving California employers a reason to anticipate more employer-friendly law. However, a second look reveals these decisions are merely a continuation of the trend. This article will examine these decisions and debunk any misconceptions about their impact on the future of wage and hour class actions in California.

The highly anticipated decision by the California Supreme Court, Brinker Restaurant v. The Superior Court of San Diego County (Hohnbaum)1, clarified that Labor Code section 512 and Wage Order No. 5 only require employers to “provide” non-exempt employees with an uninterrupted, duty-free meal break. They are not required to “ensure” that no work is performed during this break as asserted by the employees. As long as an employer provides an employee with the opportunity to take an uninterrupted 30-minute meal break no later than the end of the fifth hour of work and relinquishes control over the employee’s activities during this time, there is no liability if an employee fails to take this break. In reaching its decision, the Court reasoned that “the obligation to ensure employees do not work may in some instances be inconsistent with the fundamental employer obligations associated with a meal break: to relieve the employee of all duty and relinquish any employer control over the employee and how he or she spends the time.”2

The Brinker apportionment of responsibility provides employers with a more manageable method of complying with California’s labor laws. California employers have been given a slight reprieve from the courts’ pattern of
pro-employee statutory interpretation.  Although the Court was clear that employees cannot manipulate the flexibility granted them by employers to use their breaks to generate liability for premium pay for missed breaks, it was equally clear that an employer may not undermine a formal policy of providing meal breaks by pressuring employees to perform their duties in ways that omit breaks.

While Brinker did interpret the Labor Code and Wage Orders in a light favorable to the California employer, the court merely explained what the code sections expressly state in their text. A basic reading of Wage Order No. 5 states employees must receive a 10-minute rest break for shifts from three and a half to six hours, a 20 minute rest break for shifts from six to 10 hours, and a 30-minute rest break for shifts from 10 to14 hours. This is the conclusion which the court reached in Brinker. Further, the court’s determination that these breaks are not subject to specific timing requirements, other than the requirement that employers must make a good faith effort to provide them in the middle of the shift, is taken directly from the text of Wage Order No. 5, Subdivision 12(A). The Brinker court refused to adopt the strained interpretation asserted by the employees as the plain language of the statute and Wage Order was to the contrary.

However, the court refused to adopt the reasoning of the Federal Courts and Courts of Appeal as to whether or not rest and meal break actions were appropriate for class treatment. Almost every Court of Appeal decision and Federal District Court decision had reached the conclusion that claims asserting the purported failure to provide meal and rest breaks required individualized inquiry not appropriate for class-action treatment. These decisions found that, to prevail upon a claim under section 226.7 alleging missed meal and/or rest breaks, each of the putative class members would need to show that she/he was forced to forego the missed meal or rest period. This required individual trials to determine why each class member did not clock out for a full meal break on any particular day or why they did not take a rest break as claimed.

The California Supreme Court did not agree. The Court stated as follows: “contrary to the Court of Appeal’s conclusion, the certifiability of a rest break subclass in this case is not dependent upon resolution of threshold legal disputes over the scope of the employer’s rest break duties. The theory of liability – that Brinker has a uniform policy, and that that policy, measured against wage order requirements, allegedly violates the law – is by its nature a common question eminently suited for class treatment. Disputes over the elements of the claim need not be resolved prior to class certification. It is only necessary that common questions of law and/or fact predominate at the time of certification. The common questions could be determined by common meal and rest break policies applied to all nonexempt employees.” The Brinker court essentially held that if an employee alleges the employer had a company-wide policy, class treatment was not precluded.3

Before a class action may proceed to trial, the class must be certified. For a class to be certified, it must satisfy the following requirements: (1) The existence of an ascertainable class with multiple individuals; and (2) A well-defined community of interest where common questions of law and fact predominate.4 In essence, a proper class must consist of numerous employees who suffered similar damages under a similar set of facts that do not require a case-by-case analysis.

As exhibited by Brinker, California courts permit plaintiff employees to demonstrate class status by generalized notions of commonality. One recent decision, Duran v. U.S. Bank, refused to acquiesce to such a simplified approach for the determination of liability.5 The “manager” employees in Duran contended they were “misclassified” as exempt employees. The trial court ordered that a non-scientific “sampling” of 21 employees would be used to determine both liability and restitution issues. The employer objected that this was a violation of its due process rights as it would be unable to assert affirmative defenses as to a majority of the purported class. The employer also contended the unscientific sampling resulted in a statistically invalid result. The trial court certified the class and entered a judgment of $15 million against the employer.

The First District Court of Appeal reversed, decertifying the class. The court acknowledged that a trial court has to “think outside the box” in devising creative trial plans in class actions. However, these creative trial plans cannot violate a defendant’s due process rights. The “rights of the parties may not be sacrificed for the sake of expediency.” The Duran court concluded the plaintiffs could not prove class-wide liability based on evidence obtained by a non-scientific representative sampling and the employer’s due process rights had to be considered.

However, on May 16, 2012, the California Supreme Court granted review. In light of other recent decisions, it is likely the Court will adopt more lenient standards on these issues.

Employers not entitled to attorneys’ fees

California labor laws contain a one-sided fee shifting provision which awards a prevailing plaintiff his or her costs and attorneys’ fees in some wage and hour cases. Labor Code section 194 permits only the prevailing employee to recover attorneys’ fees in a claim alleging failure to pay minimum wages and/or overtime wages. Although Labor Code section 218.5 allows a prevailing party, including the employer, to recover attorneys’ fees on an action for “nonpayment of wages, fringe benefits, or health and welfare or pension fund contributions,” section 1194 precludes such an award to a prevailing employer for claims based on the failure to pay minimum wages or overtime wages.6 Claims alleging the failure to provide rest breaks or meal breaks are not expressly included in section 1194.

In the recent California Supreme Court decision in Kirby v. Immoos Fire Protection, Inc.7 the employees contended rest and meal break claims should also fall within section 1194 and the Court should reverse an award of fees to the prevailing employer. The Court declined to extend such a partisan posture to section 1194 for claims based on failure to provide rest or meal breaks.

However, the Court engaged in a fair amount of mental gymnastics to conclude the employer is not entitled to fees under Labor Code section 218.5 when it prevails upon a claim for failure to provide meal or rest breaks.

In Murphy v. Kenneth Cole Productions, Inc.,8 the Supreme Court determined that the provision in Labor Code section 226.7(b) requiring an employee to be paid “one additional hour of pay” for each work day that they are required to work through a meal or rest period was a “wage” rather than a “penalty” and, therefore the three-year statute of limitations applied rather than the one-year’s statute of limitation in California Code of Civil Procedure section 340. Yet, in Kirby, the Court held that an action for this same additional hour of “wages” for missed meal and rest periods was not primarily an action for nonpayment of “wages” and, therefore, Labor Code section 218.5 did not allow a prevailing employer to recover attorneys’ fees. Rather, when an employee sues on the ground that his or her employer violated §226.7, the basis for the lawsuit is the employer’s “nonprovision of statutorily required rest breaks or meal breaks” – not the payment of wages – despite the fact that the hour of pay sought by the employee is a “wage” under Murphy.

While this decision does not allow an employee to recover attorneys’ fees in an action based upon claims of failure to provide meal and/or rest breaks, it also prevents a prevailing employer from doing so. As most class actions allege failure to pay minimum or overtime wages as well as the failure to provide meal or rest breaks, the only party impacted by this decision is the employer. The employee will still be able to seek attorneys’ fees under section 1194. As class actions are frequently driven by attorneys’ fees considerations, the employer will still be faced with the decision of whether to incur the substantial fees required to defend a frivolous class action alleging rest/meal break violations or to make the unpalatable decision to settle.

Although these decisions appear to benefit the California employer, a deeper analysis indicates a continuation of the pro-employee legal framework in our courts. 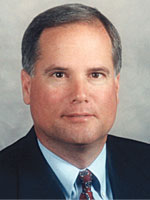 Christopher P. Wesierski is the founding and managing partner of Wesierski & Zurek LLP, a civil litigation firm with 31 lawyers and offices in Irvine and Los Angeles. He has successfully tried a variety of cases in the employment area. He was recently selected as one of the Top 75 Labor and Employment attorneys in California by the Daily Journal. He may be reached at cwesierski@wzllp.com. 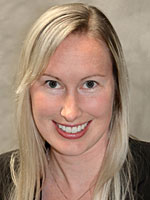 Ashley A. Reagan is an associate at the Irvine office of Wesierski & Zurek, LLP. Ms. Reagan’s primary areas of practice are employment law, business litigation and insurance defense. She has assisted with the preparation and resolution of several wage and hour class action lawsuits. She may be reached at areagan@wzllp.com. 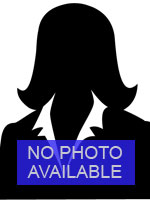 Laura J. Barns is a junior partner at the Irvine office of Wesierski & Zurek, LLP. And has extensive litigation experience in employment matters (including sexual harassment, employment discrimination, wrongful termination, retaliation, class actions, and wage and hour claims) and other specialties. She may be reached at lbarns@wzllp.com.

3   The court concluded that the rest break subclass was properly certified. The meal period subclass was not certified only because it needed to be restructured after the court’s interpretation of Labor Code section 512. The court indicated that upon restructuring, class certification would be proper. The off-the-clock subclass would have been certified if a systematic, company-wide policy to pressure employees to work off the clock had been in place.