The jury and the award: Convincing 12 strangers

To win an employment case, the jury must like your client and you must present the client’s story clearly

Proving damages in employment cases is different – and arguably easier – than doing the same in the average personal-injury case. Most anyone, minus the super-wealthy, depend on their jobs and careers as the gateway to feeding themselves, housing their children, schooling, medical and health care, social activities and the list goes on and on. Perhaps more painful for the average worker wrongfully terminated from a job is the embarrassment, loss of esteem, personal satisfaction and disassociation from their family of co-workers – a second area of huge damages not present in all personal injury cases.

The 12 members of a jury sit through weeks of arguments, testimony and evidence to determine what the “real” story of a case is. The jury’s job for those weeks is to listen to attorneys argue for the fate of their clients. For those weeks, the jury is the gatekeeper that determines whether the plaintiff goes home with nothing or goes home with a multi-million dollar verdict.

While the facts of each case determine the legal standard, the jury determines how much money – if any − is going home with the plaintiff. In a jury trial, the fact finders are the 12 men and women who have been randomly selected to determine the fate of a stranger.

Jurors sit through weeks listening to both sides present their arguments. The facts are just the facts. But what lawyers must do is to present those facts in the best way to tell our clients’ stories.

The jury has unique freedom in the legal system. There are no standards for the jury to award money for pain and suffering. (On Juries and Damages Awards: The Decision Making Process, Edith Greene, Law and Contemporary Problems, Vol.52 No:4, 226.) Since there is no set standard for pain and suffering to award money, the jury has freedom to determine how much emotional pain is worth. The jury can award punitive damages for however much they determine the defendant should be deterred or punished.

California law states punitive damages are awarded when “the defendant has been guilty of oppression, fraud, or malice.” (Code Civ. Proc., § 3294, subd.(a).) The conduct must be so despicable that it subjected the plaintiff to cruel and unjust hardship; intentional; or willful conduct with a conscious disregard of others. Punitive damages are designed to deter and punish defendants for the specific conduct that they caused the plaintiff.

However, punitive damages have guidelines that the court must follow. The jury can award any amount, but it must satisfy the constitutional issue of due process.

In BMW of North America Inc. v. Gore (1996) 517 US 559, a jury awarded the plaintiff $400 for his compensatory damages but awarded $2 million in punitive damages. On appeal, the U.S. Supreme Court found the amount of punitive damages was “grossly excessive” because the 500 to 1 ratio of punitive damages to compensatory damages violated due process. The actual damages to the plaintiff were only $400 but the defendant was punished for over 500 times that amount. The Supreme Court found that the jury was punishing the defendant for other conduct outside of what had occurred to that particular plaintiff.

The defendant’s wealth is a factor when determining punitive damages. If a defendant is extremely wealthy, such as a Fortune 500 company, there is a different price to deter them than a college graduate with student loan debts.

In employment cases, the plaintiff recovers their lost past and future wages and benefits. Additionally, the plaintiff is entitled to be compensated for all of their past emotional suffering and damages due to the wrongful termination, discrimination or harassment that they suffered.

We as lawyers have the task to turn a person’s pain and suffering into an identifiable number. How do you put a number on the sleepless nights, feelings of hopelessness, and countless tears?

It all begins with who is on your jury. Knowing to whom you are presenting the facts is one of the first things that happens in a trial. The jury can make or break years of legal work. Twelve individuals of various backgrounds stand between a win and a loss.

“Research indicates that juries make decisions based more firmly on their values, beliefs, and experiences than on the case facts.” (The Art of Forensic Psychology, Katherine Ramsland, http://www.crimelibrary.com/criminal_mind/forensics/forensic_psychology/12.html.) This is why it is so important to know who is on the jury.

All of our decisions in life are based off of our past experiences and beliefs. While a juror may see the facts clearly for one side or another, if the attorney presenting the case comes off as rude or egotistical the juror may not vote in your favor because of the attorney, not the facts.

The facts may be more complex than the average person would have knowledge. It is extremely important to be clear and effective when communicating to the jury. They are randomly selected and picked up from their everyday lives. They are then thrown into the legal system with the task of deciding somebody else’s fate.

Experts can be a great tool because the experts can make a complex subject understandable to the jury. It is important to know when an expert should be retained by you in order to aid the jury. The case should appear clear and understandable to the jury in order for them to vote in your client’s favor. The final decision should be effortless for them to see; that clearly the weight of the evidence and facts lie in your client’s favor. If there are subjects that will become confusing or need clarification, an expert witness can be a great asset for litigation and trial.

Two types of expert witnesses exist: retained experts and non-retained experts. A retained expert is a witness whose purpose is for “forming and expressing opinion in anticipation of the litigation or in preparation for the trial of the action.” (Easterby v. Clark (2009) 171 Cal.App.4th, 772, citing Schrieber v. Estate of Kiser (1999) 22 Cal.4th 31, 36.)

Retained experts help each side explain to the jury the expert’s own opinion on a certain aspect of the case. A common example of a retained expert is the economist. An economist can help the jury determine the amount of award owed to the plaintiff. In employment cases, the jury may not know how much money to give for a wrongful termination case. How can 12 people of varying backgrounds determine how much money to give someone who has been wrongfully terminated? How much money should they give for lost wages? Future wages? Retirement? Benefits?

That is where the economist comes in. Determining how much money a person has lost since being terminated is easy; the calculation would be simply adding up the time since termination until the present day. But how much money should be given for future wages?

The economist can testify to any tests done in preparation for litigation. Future lost wages are determined by how much longer the employee would have continued working but for the wrongful termination. This allows a credible witness to give the jury information about the real damages that have occurred to the plaintiff. It is easy to see lost past wages, but lost future wages are harder to grasp without an expert economist to testify.

For employment cases, damages can become more complicated if the plaintiff goes back to work. The plaintiff has to mitigate their damages, their injury, by seeking substantially similar employment. This is another reason why expert witnesses are important. The economic expert can aid the jury in determining how much money should be deducted, if any, from an award based on plaintiff’s new employment.

Always remember that while the expert can testify about what they think damages should be, the jury does not have to take their testimony as truth. The jury will ultimately decide what amount of damages should be awarded, even if an expert economist is on the stand.

Non-retained experts are witnesses to the case as well but they can only testify to form their opinion based on their perception. (Evid. Code, § 800.)

Once both sides have presented their case to the judge and jury, your client’s fate is left in the hands of 12 strangers. All of your legal arguments do not hold any weight if the jury did not understand the facts clearly in favor of your client.  If you leave the jury with the impression of someone who has clearly been wronged, and who is likable to the jury, then the jury will feel like they want to help out your client.

If your client’s story comes off as brash or harsh to jurors, they become less sympathetic and less likely to want to help your client. It is simple human nature that if you like someone, you are more willing to believe that what they are saying is the truth. For trial, that means if the jury likes your client the jury will be more willing to go out of its way to award larger damages. The human factor comes into play no matter how much evidence you present or how many credible expert witnesses you can bring into the courtroom. The plaintiff attorney’s job is to make the story clear for the jury to understand; to make it easy for the jurors to sympathize and ultimately help your client. The amount of damages comes down to how well you can make a jury empathize with a total stranger for a few weeks. 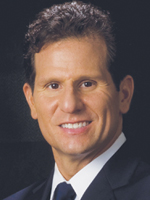 Carney Shegerian was the winner of the 2013 CAALA Trial Lawyer of the Year Award. Since launching Shegerian & Associates in Santa Monica, focusing on plaintiff’s employment law, Mr. Shegerian has won over 67 trials, including 27 seven-figure verdicts. Mr. Shegerian graduated from Hofstra University and Loyola Law School. He was nominated for California’s Top Labor and Employment Lawyer award for 2009.  He is in the Daily Journal’s Top 75 Labor and Employment Lawyers list.