Appealing without a transcript of the trial

To appeal without a transcript from a court reporter, an “agreed statement” may be your only course of action

By now, trial attorneys are aware of the scarcity of court reporters. The courts’ budgets have been slashed. The lack of court reporters is a sad reality of these cost-cutting measures. As a result, the parties must fill this void and supply their own reporters. Quite frequently, clients cannot afford the costs of a court reporter for a lengthy trial. Or they are not convinced a transcript may be necessary for an appeal, particularly if they succeed in trial.

Failing to have a court reporter present to take down the proceedings may cost the client dearly if an appeal is filed by either party. After all, the failure to have a transcript of the proceedings prevents the Court of Appeal from conducting a meaningful review. To protect your client’s rights, you may have to consider preparing an agreed or settled statement. Because you probably will not have an appellate attorney to help prepare the agreed or settled statement – not a bad idea, really! − this task will fall on you as the trial attorney. In this article, I’ll explore the differences between the two and describe the steps necessary to prepare them.

Let’s start with the basics

A necessary corollary to this rule is that if the record is inadequate for meaningful review, the appellant defaults and the decision of the trial court should be affirmed.

If the record fails to show error and prejudice, the appeal is probably DOA. The loss of a court reporter can mean the loss of the ability to appeal a judgment because the error would have been on the typed pages of the transcript. At trial, both parties will hope to present enough of a record to carry their burden on appeal.

If an appeal is filed, the respondent will want to provide enough of the record to show there was no error, and even if there was, the appellant was not prejudiced.

The statement must explain the nature of the action, the basis of the reviewing court’s jurisdiction, and how the superior court decided the points to be raised on appeal. The statement should recite only those facts needed to decide the appeal and must be signed by the parties.

The format of the agreed statement must conform to the same requirements for clerk’s or reporter’s transcripts “insofar as practicable.” (Cal. Rules of Court, rule 8.144(f).)

If the parties still cannot agree on a statement, the appellant must then file a new notice designating the record on appeal within 50 days after filing the notice of appeal. (Cal. Rules of Court, rule 8.134(b)(3).)

The settled statement is permitted in the following circumstances (Cal. Rules of Court, rule 8.137(a):

If the statement only covers a portion of the oral proceedings, the appellant must state the points to be raised on appeal. The appeal will then be limited to such points unless otherwise permitted by the appellate court on appellant’s motion. (Cal. Rules of Court, rule 8.137(b)(2).) If the settled statement is to be used instead of both the reporter’s and clerk’s transcripts, it must contain the mandatory documents included in a clerk’s transcript. (Cal. Rules of Court, rules 8.122(b)(1) and 8.137(b)(3).) “The purpose of a settled statement is ‘to provide the appellate court with an adequate record from which to determine contentions of error.’” (In re Marriage of Condon (1998) 62 Cal.App.4th 533, 549.) The optional contents of a clerk’s transcript should be included. (Cal. Rules of Court, rule 8.137(b)(5).)

Once the appellant has served a proposed statement, the respondent can file and served proposed amendments within 20 days, including the optional contents. (Cal. Rules of Court, rules 8.137(b)(4) and (5).)

Within 10 days after the respondent files, the proposed amendments (or within ten days after the deadline has expired), the trial court will hold a hearing – giving five days’ notice – to “settle” the statement. (Cal. Rules of Court, rule 8.137(c)(1).) Disagreements as to what happened and what was said at trial are bound to arise, so it is incumbent on all parties and the judge to keep detailed notes to assist in settling the statement. The trial court will fix a time for the appellant to prepare, serve and file the settled statement. (Cal. Rules of Court, rule 8.137(c)(2).) The settled statement’s format is required to conform to the format requirements for the clerk’s and reporter’s transcripts “insofar as practicable.” (Cal. Rules of Court, rule 8.144(f).)

The trial court may rely on several factors in settling the statement, including:

• The trial court’s recollection of what happened;• Any notes taken by the trial court;• Respondent’s suggestions;• Rereading any notes taken and retained by the court reporter, if one attended the trial; and• Retaking witness testimony to “aid” the trial court in remembering and reconstructing the testimony. (Western States Const. Co. v. Municipal Court of City & County of San Francisco (1951) 38 Cal.2d 146, 150-151, Weinstein v. E.F. Hutton & Co. (1990) 220 Cal.App.3d 364, 370 [The taking of testimony is done to aid the court as to the old testimony, not to allow the taking of new testimony that would stand independently in place of the old]; Ace Beverage Co. v. Municipal Court (1993) 16 Cal.App.4th 703, 710.)

Problems with the use of agreed or settled statements

Despite the fact that court reporters are disappearing from the courtroom, the reality is that most parties will not rely on agreed or settled statements. I would encourage you and your client to obtain a reporter’s transcript if at all possible. There is no great substitute for a reporter’s transcript. The reviewing court prefers to see what was actually said, not what you, your opposing counsel or even the judge, think was said. Although the use of settled and agreed statements are slowly increasing, they are still rare in appellate court proceedings.

Justice William Bedsworth of the Court of Appeal, Fourth Appellate District, Division Three, expresses his concern that “they lead to so much bad feelings between attorneys and between the bench and the bar. The judge has power to eviscerate or boost the appeal, and the parties can experience legitimate (or not so legitimate) failing memories.” In preparing the statements, Justice Bedsworth recommends you be “as forceful and persuasive as possible, but always be civil and temperate in the settled statement conference.” He encourages attorneys to make sure they get everything in the settled statement that pertains to or might be relevant to the issue. “You don’t want to decide later that something is a better appellate issue than you thought and realize you didn’t put enough into the settled statement to support you,” he says. You will not be able to later introduce facts and issues not covered by the statement.

Appellate attorney William Zulch is very careful in crafting settled statements, trying to mirror policy or contract language when applicable, and keeping out facts that might blur or confuse the issues. He says, “In my experience, each side has their own power words describing their themes of the case. For example, in an automobile accident case, plaintiff says the rear-end collision was a ‘crash’ but the defendant will describe it as a ‘bump.’ The choice of words for an agreed or settled statement provides flavor to the story you tell and can be packed with as much, or little, emotional as you can muster.”

Justice William Rylaarsdam of the Court of Appeal in the Fourth Appellate District, Division Three, remembers when he was a Superior Court judge. He encountered bad experiences, especially if the lawyer waited “weeks and then expected the trial court to remember what happened.”

If a judge knows a settled statement will be requested, perhaps the better practice is to settle the record after each day of trial. Judge Deidre Hill of the Los Angeles Superior Court has implemented a policy that may help. Judge Hill requires the parties to provide a court reporter or submit agreed or proposed settled statements daily.

Judge Hill’s notice, posted outside her courtroom, provides that if the parties do not provide a court reporter for trial, “this Department requires parties to provide initial drafts of partial proposed agreed statements or proposed statements of proceedings on the morning following each day of trial. Consequently, there will be less time allotted each day for testimony and argument in order to facilitate efficient preparation of the record.”

While the preparation of these statements is useful on appeal, Judge Hill requires them for her work at the trial level, including preparing statements of decision. While this policy may add to the workload of attorneys and the courts, it is a good technique to summarize what happened at trial and should be useful in preserving memories that might fade with the passage of time. Other judges have adopted Judge Hill’s policy or developed their own variations to fit their needs.

If you have any inkling of a potential appeal or you have a valuable case, bring a court reporter to trial. If you can’t, be sure to discuss all options with your client, and if necessary, have the client acknowledge the risks involved in not having a reporter’s transcript. If they do not want to obtain a reporter, make sure you have documented this decision. If you must rely on an agreed or settled statement, let the judge know at the beginning of trial and try to come up with a settled statement on each day of trial before memories have faded and you have nothing but a pile of incomprehensible notes. If you can’t settle the statement of the proceedings on a daily basis, then don’t delay too long in making your request known. 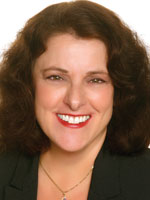 Donna Bader, a certified appellate specialist, has practiced for over 35 years in Orange County. She and trial attorney Jon Mitchell Jackson were recipients of a 2013 CLAY Award for litigation by California Lawyer magazine. Bader is the author of An Appeal to Reason: 204 Strategic Tools to Help You Win Your Appeal at Trial, which was written to help trial attorneys protect their cases before they reach the appellate stage