One of the most significant concerns that any trial lawyer has is that there may be sub rosa video of your client that either may misrepresent the true nature of their difficulties or, worse, identify evidence that demonstrates that your client has been lying to you or abusing the process.

As officers of the court, we have a duty only to advance cases which have merit. We are duty bound to make sure that we do not participate in any aspect of a fraudulent claim. As business people who work under the unique constraints of a contingent fee model, we also do not want to find ourselves in the uncomfortable situation wherein we find out that, after we have spent considerable time and money pursuing a meritorious case, our client had either overstated the nature and extent of their injuries or had flat-out lied.

As part of the representation of our clients, we advise them at the initiation of their case, in the first client meeting, and in our communications accompanying their opening documents, that they should expect that they will be followed and videotaped and, therefore, they should be mindful of their behavior as well as being truthful in all statements made to their physicians, disability insurers, employers, the defense medical examiner, their answers to discovery and testimony provided at their deposition.

To protect the process, our representation, and the Judicial System, it is important that we seek early and often to find out if there is any evidence of investigation which undermines our client’s claim. There are many vehicles available to do this: Form Interrogatories 12.1-12.2, requests for production of documents, expert-witness deposition notices, and the notice to appear and produce at time of trial.

Make it a practice to issue form interrogatories, and get answers, as soon as possible. Defendants’ attorneys will most likely provide blanket objections and little other information. Often they provide this boilerplate response; “Objection. This interrogatory is objectionable on the grounds that it requests information protected by the attorney work product privilege.” (See Nacht & Lewis Architects Inc. v. Superior Court (1967) 47 Cal.App.4th 214.) “The Interrogatory is further objectionable on the grounds that it is premature as Defendant has not yet completed its investigation of the incident, subject to and without waiving said objections; No.”

If they object and then say “No,” then they have provided a substantive response. That is in most cases sufficient for the purpose of setting forth a strategy to discover and/or exclude sub rosa. If the defendants cite Nacht and do not answer, you must file a motion to compel. Nacht is simply inapplicable as its holding dealt solely with the production of a list of witnesses who the defendant’s lawyer interviewed as part of its investigative efforts. The logic applied by the court in denying production of such a list under 12 series of the form interrogatories was that it would reveal the attorney’s impressions of the case based upon who they interviewed. In the case of sub rosa video, the argument is that the plaintiff is entitled to this evidence for the following reasons; 1) the Judicial Counsel wrote the form interrogatories, therefore it should be presumed to be appropriate; 2) it is akin to a statement taken from the plaintiff; 3) it does not reveal the defendant’s impression of the case; they have denied the nature and extent of plaintiff’s injuries; and 3) such evidence will foster the full evaluation of the case and promote settlement.

If the defendant has answered no, then supplemental interrogatories should be issued pursuant to Code of Civil Procedure section 2030.070. Section 2030.70 provides that, within the deadlines provided for by the discovery statutes, any party may propound a supplemental interrogatory to elicit any later acquired information bearing on all answers previously made by any party in response to form interrogatories twice before the initial setting of a trial date, and, once, after the initial setting of a trial date (following a trial continuance).

Another method of seeking production of sub rosa is through a request for production of documents under Code of Civil Procedure section 2013.010. Such a request can simply be “Produce any and all WRITINGS, as defined by Evidence Code section 250, which relates to, refers to, reflects or memorializes any surveillance taken by defendant, or anyone acting on its behalf, of the plaintiff including but not limited to those documents which were, or should have been, identified in response to form interrogatory Nos. 13.1.” As with the request for supplemental form interrogatory responses, Code of Civil Procedure section 2031.050, a party can, within the deadlines provided for discovery, make two supplemental requests and, if the trial is continued, an additional request. Another way to obtain sub rosa is through the deposition of defendant’s experts. In the notice ask for “All WRITINGS she/he reviewed, referred to, or relied upon in arriving at any of her opinions or conclusions concerning the issues involved in the lawsuit, including but not limited to all sub rosa video, scientific and technical articles, publications, codes, standard, and other literature.” If the expert is going to opine on causation and damages, and has seen a sub rosa video, then she/he must produce it at their deposition.

Finally, the last opportunity to obtain sub rosa is through the notice to appear and produce pursuant to Code of Civil Procedure section 1987 (c) which must be served no later than 20 days prior to trial.

At the inception of the trial, make a request to defendant, in writing, for any sub rosa video and, if they do not produce it, provide that as additional argument at the time you argue your motions in limine. 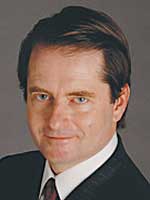 Christopher Dolan is the founder of San Francisco’s Dolan Law Firm. Mr. Dolan, who is bilingual in English and Spanish, only represents individuals who have been injured, denied their rights, harassed, or wrongfully terminated. He was selected from among all of California’s lawyers as the Consumer Attorney of the Year for 2007. Mr. Dolan served as the 2010 President of the Consumer Attorneys of California, a board member of the San Francisco Trial Lawyers Association, and is a member of The Million Dollar Advocates Forum.