Being open, telling the truth and bringing out your problems before the defense does

In a broad sense, I suggest that this topic, “Handling Difficult Facts,” is like handling any difficult problem that we approach in life.

When you first accept a case, you accept the proposition that there will be problems associated with the case − large or small. Many times I have accepted cases with very involved complicated facts that other lawyers have declined to accept. Every case that you look at in your career will have some form of a problem.  Even the best case will have some minor or perhaps insignificant problems. Success in life comes not only in dealing with problems in lawsuits, but with everything in life and especially in dealing with difficult people. I think in accepting a case and taking it to trial looking at the voir dire and/or opening statement issues, you approach problems of all different dimensions by (1) accepting those problems, (2) taking an attitude that you’re going to cope with those problems and attempt to minimize them and/or (3) in some cases, even turning those problems around and making those an advantage.

I think that your attitude in particular will be quite significant as you approach dealing with problems. When in trial, if you project the attitude that you are open, you are telling the truth and you are bringing out your problems before the defense does, it will  totally change the problems that you are about to deal with and may conceivably result in the jury having the view of a lawyer as an honest person. Woe to the plaintiff’s lawyer or any lawyer who appears to be hiding facts or appears to be dishonest or avoiding reality.

In approaching trial and especially looking at voir dire, opening statement, and eventually evidence, all issues that you approach, large or small, should be dealt with under the basic test of Evidence Code section 352. Section 352 provides in essence that any issue that would be brought in front of a jury should have more probative value than prejudicial value. To put it in a corollary or a converse way, if the evidence to be offered has a substantially higher prejudicial effect than probative effect, it should be declined in order to avoid confusing the jury. Therefore, when you look at all of the problems that you associate in the case, you should look at these issues in terms of whether or not this issue could even be kept from the attention of the jury and therefore make it avoidable in terms of you having to try to deal with it and the possibility of its prejudicial effect.

For example, the whole immigration issue today is a landmine confronting any plaintiff’s lawyer who has a client who is in the country illegally at the time of the subject incident. You need to be able to approach this issue in such a way so that fact will not be brought to the jury’s attention. The best way is to avoid evidentiary or issue-related matters consistent with it. For example, if someone is illegally in the country and is going to have a wage loss or economic effect, that defense may argue that the economic effect itself should be tested by their country of origin, not by the United States. One way to avoid that issue is to not make a wage loss or economic claim. A wrongful-death case with an obvious loss of a beloved family member would have a value in and of itself and does not need to be affected by the immigration status.

Other similar issues that might also come up are: (1) medical records revealing that drugs, such as marijuana, have been used or (2) marital infidelity. Either of these issues would be completely prejudicial and therefore subject to a 352 objection in advance of trial if it has no probative value on any other matter relative to the case.

Juries today, more and more, have a real problem in awarding general damages. This needs to be approached in a direct fashion with jurors principally because what you’re trying to do is to get rid of losers on the jury; i.e., people who have their minds made up in advance – if they could not award general damages in an obvious case of general damages and therefore are prejudiced to begin with. You should get those people struck by effective voir dire. You need to ask questions in terms of whether or not anyone has a fixed sum of money in their mind that they could not award and bring that out directly. One thing that is effective is to ask if everyone believes in the fact that everyone is equal under the Constitution and if someone is poor or wealthy, they still need to be considered to be equal under the law and by the jury.

Another issue that I have dealt with ever increasingly is the problem of suing a government entity in today’s world where the recession has these entities scrambling for funds because of budget cuts. That fact must be voir dired in advance to see whether or not anyone is going to have a particular approach or acceptance otherwise. This issue came up for me in a recent trial in San Diego and was of paramount importance. It was interesting to see how we could turn that around in voir dire.

Voir dire must be direct when the issues of alcohol and drugs are involved, particularly if you have a client who has been drinking and it is shown that alcohol to some extent, whether or not he or she is presumed to be under the influence, was involved in the incident.

It is amazing to consider how often you can turn problems such as those mentioned above around when you have used effective voir dire and in opening the door to these issues in an air of candor rather than otherwise.

I suggest that you ask questions in voir dire concerning the tort system, lawyers in general, what they think of lawyers, what they think of jury verdicts, etc. This is of paramount importance in voir dire today because you will find so many jurors who have their minds fixed in terms of the tort system, lawsuits, juries, etc. Those are people whom you want to have proclaimed that they have a fixed mind, are not fair on the case and get them removed from the case by way of an objection for cause.

Your opening statement is an extension of voir dire. Voir dire is the most important part of any trial and your opening statement will be fashioned based upon the fruits that you have picked from voir dire. If there is a problem that developed in voir dire or if there was an issue that came out, it is something for which you should have been prepared. If it has been dealt with in a fashion that has hurt you, you need to immediately approach it and to deal with that directly in opening statement.  Again, they are opening the issue, you are commenting on it, you are dealing with it and so forth.  I would lead off with your strengths and, ultimately, you need to deal with your weaknesses in a fashion before the defense has an opportunity to do so. 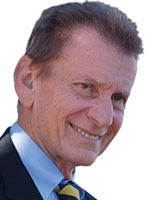 Browne Greene is a founding partner in the Santa Monica firm of Greene Broillet & Wheeler, LLP and is one of the nation’s preeminent trial attorneys. As a trial lawyer, he champions plaintiffs in the areas of business law, civil rights, municipal liability, products liability, personal injury, work place incidents, medical malpractice, and wrongful death, as well as entertainment and performing arts accidents. 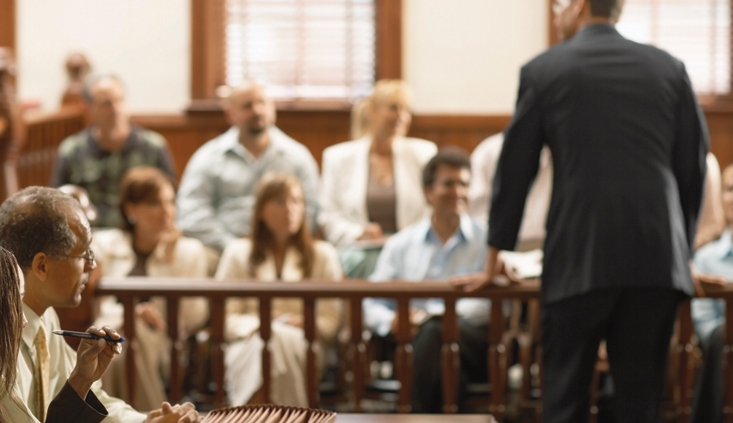