Looking beyond the driver’s seat

Proving negligent entrustment or permissive use in vehicle liability cases

Your client has been injured by a careless driver, but you discover that the driver is uninsured or underinsured.  What can you do to try to maximize your client’s recovery? If the driver is not the owner of the vehicle that injured your client, there are two important areas to explore. First, investigate whether the incident occurred during the course-and-scope of the driver’s employment, in which case the driver’s employer, who likely has greater insurance coverage, would be vicariously liable for the driver’s negligent acts or omissions. If there is no potential course-and-scope of employment argument, the second area to explore is the potential liability and available insurance of the vehicle owner. Although the vehicle owner was not behind the wheel when your client was injured, the owner may nonetheless be legally and thus financially responsible for your client’s injuries.

A claim of negligent entrustment may be made against an owner who entrusts a vehicle to a person who is incompetent or unfit to drive and the driver’s incompetence proximately causes injuries to another. Negligent entrustment is an independent theory of liability against the owner based on the act of entrustment, rather than on the vicarious liability of the driver’s conduct. (Allen v. Toledo (1980) 109 Cal.App.3d 415, 419-420; Blake v. Moore (1984) 162 Cal.App.3d 700.) Liability under this theory is based on general negligence principles, including a determination of whether the owner exercised the same care that an ordinarily prudent person would exercise under similar circumstances in entrusting the vehicle.

Owner liability under permissive use statute

The vehicle owner may alternatively be liable under Vehicle Code section 17150, California’s “permissive use statute,” where the owner’s liability is statutorily based on the driver’s negligence and not on the owner’s own negligence. The “permissive use statute” provides that every vehicle owner is liable for the death or injury to a person resulting from the negligence of a person operating the vehicle with the owner’s express or implied permission. The legislative purpose is to protect the public from the careless use of automobiles. (Burgess v. Cahill (1945) 26 Cal.2d 320, 323.) But because liability is not based on the owner’s own culpability, the law limits financial responsibility of the vehicle owner to $15,000 for the death or injury to one person in a single accident and $30,000 for the death or injury to more than one person in the same accident. (Veh. Code, § 17151(a).)  This contrasts a claim of negligent entrustment where there is no statutory limit on financial responsibility because liability is based on the owner’s own independent negligence.

Determining ownership of the vehicle

While there is often no dispute regarding the ownership of a vehicle, an issue arises when the owner of the vehicle claims to have sold or transferred the vehicle before the incident.  Vehicle Code section 5602 addresses what a vehicle owner must do to relieve himself or herself of statutory liability under the “permissive-use statute.”

(a) He or she has made proper endorsement and delivery of the certificate of ownership as provided in this code.

(2) The appropriate documents and fees for registration of the vehicle to the new owner pursuant to the sale or transfer.

Note that there may be several owners of a vehicle at one time for purposes of liability under the permissive-use statute, even though no one possesses all of the normal incidents of ownership provided under Vehicle Code section 460.  The owners include both: (1) the transferor of a vehicle who failed to notify the DMV of the transfer as prescribed in Vehicle Code sections 5600 et seq. (i.e. the registered owner); and (2) the transferee who had possession and control of the vehicle. (Bohannon v. Aetna Casualty & Surety Co. (1985) 166 Cal.App.3d 1172, 1175-1176.)

Permissive use of the vehicle

Where the transferor has complied with Vehicle Code section 5602, the transferor has effectively shielded potential civil liability and has no permission to give or withhold to the recipient of the car. (Venne v. Standard Accident Insurance Co. (1959) 171 Cal.App.2d 242.)  More recently, the court has stated that to relieve oneself of liability as an owner under the permissive-use statute, the registered owner “must strictly comply with section 5602 by endorsing and transferring the certificate of ownership to the new owner and notifying the DMV of the transfer.” (See, Savnik v. Hall (1999) 74 Cal.App.4th 733) (emphasis added).) The court’s use of the word “and” instead of “or” here appears to be a mistake as it is contrary to the language of Vehicle Code section 5602 which provides notification to the DMV of a vehicle transfer as an alternative rather than a requirement to relieve a registered owner of liability under the permissive use statute. Unfortunately, there are no more recent cases interpreting Vehicle Code section 5602 to clarify this discrepancy.

Insurance Code section 11580.1(b)(4) provides that every automobile liability insurance policy must include a provision “affording insurance to the named insured with respect to any owned or leased motor vehicle covered by the policy, and to the same extent that insurance is afforded to the named insured, to any other person using the motor vehicle, provided the use is by the named insured or with his or her permission, express or implied, and within the scope of that permission . . .” Insurance Code section 11580.1 does not require coverage for the permissive use of non-owned vehicles.  (Gilmer v. State Farm Mutual Auto Insurance Co. (2003) 110 Cal.App.4th 416, 423.) The only coverage required for permissive use under this section is for vehicles designated in the policy. (State Farm Mutual Auto Insurance Co. v. MacKenzie (1978) 85 Cal.App.3d 727, 732.)

It is important to verify that the vehicle owner had insurance in effect for the vehicle involved in the incident.  This is particularly important in cases where there was an ineffective transfer of ownership because the transferor may have removed the vehicle from his or her insurance policy based on a mistaken belief that an effective transfer had been made. If removed from the policy before the incident, the insurer would have no obligation to provide coverage to the owner or to the driver using the vehicle with the owner’s permission.

The case of Bohannon v. Aetna Casualty & Surety Co. (1985) 166 Cal.App.3d 1172 is instructive. Bohannon had given a car to his daughter as a gift after he had deleted the car from coverage under his insurance policy. His daughter subsequently injured a pedestrian with the car. Bohannon was still considered the registered owner of the car because no one had notified the DMV of the transfer to his daughter. The injured pedestrian sued Bohannon under theories of permissive use, negligent entrustment, and negligent maintenance. Bohannon then filed suit to determine coverage under his liability insurance policy. Although Bohannon qualified as a covered person under the policy, the insurer denied coverage for the pedestrian’s claim based on an exclusion in Bohannon’s policy that excluded coverage for vehicles that he owned but did not qualify under the policy as a “covered auto.” The policy defined “covered auto” as an auto identified in the insurance declarations. The Court found that this policy exclusion applied because Bohannon could not have had any reasonable expectation of coverage after specifically deleting the car from the insurance declaration as a covered auto and that the insurer could not have assumed the risk for providing coverage for the car after Bohannon’s deletion.

In cases where the driver responsible for your client’s injuries is uninsured or underinsured, it is important to investigate all potential avenues of recovery to obtain maximum compensation for your client. When the responsible driver is not the owner of the vehicle, the plaintiff’s attorney should prioritize exploring potential course-and-scope of employment and negligent entrustment theories against the vehicle owner because these claims have no limits on damages. Where such theories are not supported by the facts, the Vehicle Code’s “permissive use statute” may support a limited claim against the vehicle owner. 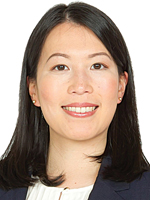 Kimberly Wong is a trial team leader and trial attorney at The Veen Firm, P.C. in San Francisco. She litigates complex catastrophic personal injury cases involving negligence, premises liability, wrongful death, products liability, industrial injuries, and exceptions to the workers’ compensation exclusive remedy doctrine. Ms. Wong is a frequent lecturer and author of published articles on various topics related to personal injury litigation, including third-party liability claims arising from workplace injuries. She has had several settlements featured in The Recorder’s annual report of “California’s Million-Dollar Settlements.” Ms. Wong has also been selected by her peers to the Northern California Super Lawyers Rising Star list each year from 2012 to the present and the Super Lawyers list in 2018. She serves on the Board of Directors of the Consumer Attorneys of California and Queen’s Bench in addition to being an active member of the San Francisco Trial Lawyers Association and the Asian American Bar Association.