The argument as a persuasive tool in negotiation

Monty Python can teach us a lesson

There is a famous sketch by Monty Python in which the lead character (Michael Palin) is looking to buy a five-minute argument. He walks into an office where the receptionist offers him some options. One of the options involves a person who is too conciliatory. She decides that there is a good argument available and directs him to a private room where another character swears at him and basically terrorizes him with “abuse.” Palin complains, indicating he was looking for an argument. The abuser apologizes and indicates that Palin has entered the wrong room; that he has entered the “abuse” room, and directs him to the argument room down the hall.

Palin enters the argument room and the character played by John Cleese proceeds to have a truly petty argument with him, consisting of Cleese and Palin directly contradicting each other. As expected, Palin gets frustrated because he believes he didn’t get what he paid for, a real argument. He proceeds to define an argument as “a collective series of statements to establish a proposition. … an intellectual process, while contradiction is just the automatic gainsaying of anything the other person says.” They then discuss what a real argument is until Cleese shuts the whole thing down by ringing a bell signifying the end of the session. Palin thinks the argument was too short but is unable to communicate with Cleese unless he pays him more money. Cleese declines to respond except to state that he cannot argue until Palin pays him. Palin then uses logic and reason to demonstrate that Cleese is wrong, Cleese becomes silly and says he “might be arguing in his spare time.” Frustrated, Palin leaves the argument and goes to the complaints room.

This sketch is notable in its simplicity for demonstrating not only the humor in the argument, but the sheer delight some people receive while engaging in an argument. Clearly argument has a significant role in the legal process, particularly in advancing motions and appellate procedure. Whether and to what extent it fits into a negotiation process is subject to debate.

Why do we argue?

Daniel Cohen, a professor at Colby College poses the broad question: “Why do we argue?” In asking this question, Professor Cohen rhetorically wonders why doesn’t the winner of an argument necessarily win? What does it matter? Why do we try to convince people to our position? His response breaks the subject matter down into three models of argument:

(1) Arguments as War – This is an adversarial structure based on confrontation with the result being winning or losing. It is generally not a very helpful model because it shuts down learning and listening, yet it is entrenched in our culture, particularly our civil justice system.

(2) Arguments as Proofs – This model is akin to an argument. It is designed to force the participants to ask questions like: Does it work? Is it any good? Are the premises warranted? Are the inferences valid? Does the conclusion follow from the premises?

(3) Arguments as Performances – This is also known as the rhetorical model. An example of this approach would be a politician trying to convince an audience of a platform, or when a law professor asks Socratic questions of his students. This method is used in a more participatory way, such as when a jury renders a judgment that decides the case.

Arguments are a form of a testing ground for ideas. They are effective if used appropriately but can backfire if deployed indiscriminately. The problem with utilizing arguments in the context of our legal system is that the Arguments as War approach dominates the system, shapes how we think about and conduct litigated arguments. It is a one-size-fits-all method that is like spraying bullets across the sky and hoping to hit at least one pigeon. In the militaristic sense, this model encourages strong arguments with a lot of punch. The arguer would want to defeat the other side with killer arguments, and powerful attacks; to be on target in order to shoot down the enemy. Cohen maintains that this model has deforming effects on how we argue because it 1) elevates tactics over substance; 2) magnifies the differences in making it US vs. THEM, which is polarizing, where the only foreseeable outcomes are victory and defeat; 3) prevents negotiation or deliberation or compromise or collaboration; 4) leads to gridlock in conversation.

How can we find ways of arguing to yield something positive from these various models of arguments? Cohen believes that the answer lies in finding new exit strategies for arguments. I interpret this to mean that we recognize their legitimate and valuable utilization in our justice system but adapt their methods to the particular forum that would make them more effective. This won’t happen until we have new entry approaches to arguments. This would require litigators to not only consider new kinds of arguments, but subtler methods to arguing that take into account their entire audience and constituents.

In order to create the most value out of an argument, it might be useful to consider all the roles that people play in arguments. In an adversarial argument, there is a proponent and opponent whose goals are designed to persuade, inform or motivate another person. In Arguments as Proof, the logical reasoner is a prime constituent that is addressed. Imagine an argument in which you are both the arguer and a member of the audience observing the argument from 30,000 feet. You might lose the argument, but in the end you are simply proud of the way you argued. Our legal education has created a system that tends to reward good arguments with a pat on the back, but not necessarily a finding in favor of the arguer.

In the context of a mediated process, the issue is which form of argument makes sense? Litigated cases tend to use the Arguments as War model. We try to “crush” the other side; “bomb” them with discovery; “rip them apart” on the witness stand. When this is deployed in a mediated process, conversation is stopped and the process grinds to a halt. Mediated cases in which this approach is the primary tool rarely result in settlement.

Many advocates tend to utilize the Arguments as Proof model in mediation. This could be useful if used in moderation and not designed to intentionally put your adversary in a corner. When people are put in a corner, they tend to shut down. Modest doses of information as support for a proposition, or validation for a position taken, makes eminent sense. Overloading your adversary with statistics and spreadsheets is a recipe for failure.

Litigators should consider the sandbox they are playing in. If the process involves a motion for summary judgment where the court is looking for a persuasive approach that demonstrates legal support for factual premises, Arguments as Proof might apply. The same would hold true for an appellate procedure. A jury trial might utilize an Argument by Performance where investment of the audience in reaching the solution is key. Arbitration would be similar to a jury trial, but the audience is more sophisticated from a legal perspective and would not need as much emotional input.

In a mediated process, where does the argument fit in and which model works? Clearly there is an inherent tension between Argument as War model and the mediation process. The tension lies in the premise that mediated cases are built upon a less adversarial process than a trial or arbitration. In a mediated dispute, the Argument as War model will serve no useful purpose except to cause the other side to resist all efforts at persuasion. This in turn will result in less opportunity to influence the other side because the other side is not listening.

Arguments as Proof have their place in a mediated resolution provided they are not overused and relied upon exclusively to influence the other side. Statistics and data are often critical to evaluate such things as likelihood of class certification and potential damage exposure. When they are the only tools in the arsenal of persuasion, they eventually become static and lose their punch.

Arguments as Performances tend to fit more appropriately in mediated cases because they ask rhetorical questions without taking a hard line one way or another. The asking of the questions is the true influencer in a case. Asking rhetorical questions and looking for intellectually honest responses will keep the conversation moving forward and provide justification for offers and counter offers. Like the other models, this approach should be conducted in moderation, with an emphasis on keeping dialogue moving forward rather than inhibiting your adversary from communication.

In the final analysis, mediation, like the sketches in Monty Python, is like theatre. In order to succeed, the actors must keep the scene going forward without denying the other actors the opportunity to be heard. Arguments work on the stage provided they are done in a way that maintains the flow of the scene, allows conversation to be fluid, and doesn’t box in the other players. 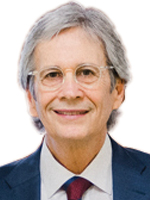 Jeffrey Krivis began his mediation practice in 1989, when lawyer-mediators in Southern California were rare, and litigators had to look outside the state for experienced practitioners. Now, years later and having resolved thousands of disputes — including wage and hour and consumer class actions, entertainment, mass tort, employment, business, complex insurance, product liability and wrongful death matters — Krivis is recognized not only as a pioneer in the field, but also as one of the most respected neutrals in the state.