Howell and the cost of future care for Medicare recipients

Despite the major setback to the collateral source rule arising from the Howell decision, the defense bar/insurance industry has not stopped. Seeking to take Howell beyond its holding, which relates to past medical bills actually paid, the insurance industry now seeks to stretch this decision to cover future medical treatments. In a matter recently handled by the authors, this position was aggressively pursued as it related to future medical treatments for a Medicare recipient. The core issue turned on whether despite the sporadic enforcement of Medicare set-asides for future care by CMS, would Medicare actually provide coverage for the future claimed treatments.

In other words, the defense argument essentially becomes – that to the extent future medical bills would be reduced by a Medicare payment, the defendant should only be required to pay for the prospective reduced amount – not the reasonable cost of future medical expenses as required by CACI 3903A. This misapplication of Howell’s holding will undoubtedly come up in trial courts until the higher courts take up the issue and make law which will solidify the application of Howell as it relates to a claimed Medicare reduction on future medical expenses.

Medicare requires plaintiff to set aside money for future care

Medicare began in 1965 as a program to pay for medical care for those 65 and over. In 1980, Congress enacted the Medicare Secondary Payer Act (“MSP”). The MSP purpose was to dictate the order of payment, essentially establishing Medicare as a secondary payer. (See generally Blue Cross and Blue Shield v. Shalala (5th Cir. 1993) 995 F.2d 70, 73-74.) On December 29, 2007, George W. Bush signed into law the Medicare, Medicaid and SCHIP Extension Act of 2007, which made several changes to the MSP.

The obligation of the parties in a general liability suit involving a Medicare beneficiary requires two major things. The first, which was unchanged under the 2007 amendments, was that the parties were to protect Medicare’s interests with respect to benefits it has already paid at the time a personal injury case is resolved. The second requires that to the extent that the injured party recovers from the tortfeasor for future medical expenses that are within Medicare coverage categories, the recovery must be used to pay the post-settlement incident-related medical expenses until exhausted, and only then will Medicare coverage be available.

Guidelines have also been set up by the federal administration responsible for enforcing Medicare’s subrogation rights. In the current version of the Medicare Secondary Payer Manual, “Set-Aside Arrangement” is defined as:

Thus, the federal government has set forth an obligation of a personal injury plaintiff to set aside monies for future medical treatment that he has received from settlement or judgment. Medicare will not pay for any treatment associated with monies received from a liability insurer until the amounts set aside for future treatment have been exhausted. (See CMS April 22, 2003 Memorandum, Medicare Secondary-Payer-Worker’s Compensation (WC) Frequently Asked Questions, Questions 19 (April 22, 2003). See also the September 30, 2009 Town Hall Teleconference Transcript re: Section 111 of the Medicare, Medicaid & Schip Extension Act of 2007, Pages 25 and 26.) The policy of Centers for Medicare and Medicaid Services (“CMS”) is to require Set-Asides for liability cases. For instances, in a CMS Town Hall Teleconference, CMS stated the following

A: If you’ve read the transcripts from prior calls that is not a Section 111 issue. And we are limiting these calls to Section 111 issues. There is not – the same formal process for liability set asides that there is for Worker’s Compensation set asides. However the underlying statutory obligation is the same.

For liability set asides if you – for Worker’s Comp the process is technically not required to have a CMS blessed set aside.

For liability situations as I said, the underlying obligation is the same if you wish to pursue CMS approval of a liability set aside, your avenue approach is through the applicable regional office.

Whether or not they agree to review it does not provide – if they decline to review it that doesn’t provide any type of safe harbor. And the regions are making their determinations based on their workload.

If their workload permits and they believe there are significant dollars at issue, regional offices are reviewing proposed set aside amounts but certainly not typically at the same small level that it’s being reviewed through our Worker’s Compensation review contractor or Worker’s Comp set aside.

In another town meeting, CMS answered the following policy question:

Q: One quick follow-up. We sometimes hear discussion in the course of settling cases and claims about whether on the liability side, not worker’s comp, but on the liability side, there is now, or is expected to be in the future, any vehicle such as what they refer to as a Medicare set aside, or starting to get into that sort of practice. Do you have any thoughts or any expectation that doing Medicare set asides is ever going to be something that enters the world of the liability and casualty payers?

We have a process for an informal process on the liability side that if a plaintiff’s attorney or insurer, et cetera, wishes to approach the appropriate CMS regional office and the regional office has the ability to do so, workload or otherwise, that they can choose to review a proposed set aside amount if they believe there is significant dollars at issue.

Again, it’s not the same extensive process that we have for worker’s compensation. But regardless of whether CMS has a formalized process for worker’s compensation Medicare set aside, the statute has the same language in either situation. It’s not parallel language. It’s not similar language/ it’s literally the same physical sentence that we’re not to make payment where payment has already been made.

So where future medicals are a consideration in arriving at the settlement, et cetera, then appropriate arrangements should be made for appropriate exhaustion of the settlement before Medicare is billed for related services.

Furthermore, CMS has indicated in questions posed that “[t]hird-party liability insurance proceeds are also primary to Medicare.” Undoubtedly, some insurance defense attorneys mistakenly claim that a plaintiff’s awarded reasonable future medical expenses, pursuant to CACI 3903A, would result in a windfall if prospective reduced Medicare payments are not applied. However, there is no indication of how or when plaintiffs are required to set aside an award for future damages, given Medicare’s secondary payer status. Consequently, at trial, defense counsel’s attempts to bring evidence related to a Medicare cost for future treatment is both irrelevant (as Medicare will not pay) and prejudicial and confusing (as the implication is that Medicare will pay for the future medical care). (See also the March 16, 2010 Town Hall Teleconference Transcript re: Section 111 of the Medicare, Medicaid & Schip Extension Act of 2007, Pp. 41 and 42.)

If a court were to allow defense counsel to bring evidence on the issue of Medicare, this would require plaintiff’s expert on life-care planning to now have to discuss how Medicare works as a secondary payer. And, in that circumstance, would it not be even more prejudicial to a plaintiff if a court disallowed discussion of how a defendant’s automobile and/or umbrella coverage would be sufficient to cover the cost of future medical care, and therefore Medicare would not pay for such treatments? Thus, a defense attorney’s permitted questioning on these topics would open the door on plaintiff’s insurance coverage (which will not cover future medical expenses due to the set-aside requirement) and similarly, a defendant’s personal coverage for liability in a particular incident. The point is that the entire line of questioning and argument opens the door to a whole host of irrelevant and prejudicial topics of insurance coverage for both parties.

The Howell decision applies to past medical expenses – not future

The decision in Howell v. Hamilton Meats & Provisions, Inc. stands for the proposition that evidence of the full, undiscounted cost of past medical bills should not be presented to the jury. Howell v. Hamilton Meats & Provisions, Inc. (2011) 52 Cal.4th 541. Where a plaintiff’s past medical bills have already been paid and the amount paid is discounted, Howell indicates that the damages should be based on the actual amount paid, rather than the full amount billed. The holding in Howell was intended to prevent windfalls in cases where a plaintiff is covered by insurance and has paid a reduced rate for past medical bills. The Howell decision reasoned that if a plaintiff were to receive damages based on the undiscounted medical bill, the plaintiff would receive an unreasonable windfall.

Still, Howell does apply to certain cases involving Medicare and Medi-Cal. Luttrell v. Island Pacific (2013) 215 Cal.App.4th 196. In Luttrell, the plaintiff’s damages were based on the amount that had already been paid by Medicare rather than the amount billed by the hospital. (Id. at 198.) Like Howell, Luttrell only concerned the use of paid, discounted medical bills to determine the appropriate amount of damages. Essentially, Luttrell restated the holding of Hanif v. Housing Authority (1988) 200 Cal.App.3d 635 after the Howell decision. The holdings of these cases are limited and do not apply to future medical bills.

The issues addressed in this article will certainly resurface in the trial courts until a higher court takes up the issue. It will be unlikely that California courts will apply a Howell type reduction to future medical treatments under Medicare as the law of set asides preempts any effort by state court to alter the federal statutory scheme. Meanwhile, the import and practical lesson of this discussion becomes – what should a plaintiff’s attorney do when faced with the defense argument at trial – that past Medicare reductions should apply to future medical bills as it relates to a monetary award? Simply put, plaintiff’s counsel must file the appropriate motion in limine to preclude the argument that future medical care expenses should be reduced by a Medicare coverage level. The crux of the motion relates back to Medicare’s secondary payer policy, that the obligation falls on the personal injury plaintiff to set aside monies for future medical treatment that he has received from settlement or judgment and CACI 3903A – specifying that recovery for future medical expenses must be proven by a plaintiff to be reasonable. 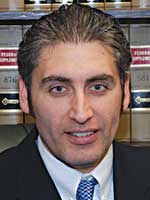 Ara Jabagchourian is a partner at Cotchett, Pitre & McCarthy LLP, where he practices civil litigation in several areas, including financial fraud, injury and intellectual property. Prior to joining private practice, Jabagchourian served as a staff attorney for the Federal Trade Commission’s Bureau of Competition in Washington, D.C. 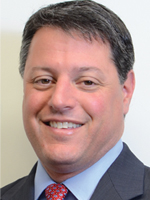 Christopher Lavorato is a Senior Associate at Cotchett, Pitre and McCarthy, LLP, where he practices civil litigation. He focuses on a variety of complex civil matters including claims of commercial fraud, catastrophic injury, sex abuse allegations, products liability and commercial transit accidents. He received his B.A. in Communications from the University of San Francisco in 1992, followed by service in the United States Army as an Aviation Officer and UH-60 Blackhawk pilot. After his military service, he earned his J.D. from the University Of Santa Clara School Of Law in 2002.