A successful trial lawyer opens up about his struggles with alcohol

As a young adult, my master plan included alt-rock stardom. I took a cue from Morrissey and wrote songs where you “sing your life.” One song I wrote was called “Between the Drops.” It went like this:

You were my lover and my best friend

My favorite companion until the very end

Your warmth and your passion so close to my lips

A shot of confidence I gain from your kiss

My dampened wings, they won’t take me too far

The earth kept on spinning, so I held onto the grass

I used to walk between the drops

But now all I do is drown

I used to walk between the drops

But now all I do is drown

If you haven’t figured it out, this song is about alcohol, my love affair with it and my realization early on that my “dampened wings” were threatening to drown me. Unfortunately, it took me more than 20 years to really listen to my own youthful insight … and to heed my own warnings.

Through the years, I navigated between the drops of life pretty well and controlled my drowning – or least I thought I did. Given my drive, Type A+ personality and my vanity, I developed a pretty rigid set of rules. The most important rule was that the practice of law came first. After all, I was not an everyday drinker and would never drink before or during any deposition, important hearing, trial or presentation as a speaker. I would never drive after having had even one drink. But outside of these rules, all bets were off. And if I did not deliberately flick the “rule switch” before I started drinking, anything could happen … and quite often did.

Meanwhile, I was married to a wonderful wife (who was and still is one of the prettiest human beings both inside and out), had three lovely children and a great group of friends. With my friends, the rigid rules went out the window and there was a disconnect between the Arash they knew and the Arash that was a successful lawyer. To be frank, my friends knew the charming buffoon and could not comprehend my skill set as a lawyer, although they could see and experience all the material possessions accumulated as a result of my successes.

Even my wife would come to see some of my closing arguments and ask me, “Who is that guy,” reconfirming the disconnect between who I was or “who I be” as a social drinker and the sober Arash who is “on,” doing what he loves and being in control.

Why did I drink? I suspect for the same reasons most people do. It was an easy crutch and a way to escape myself and be comfortable around others. Despite my cocky arrogance and confidence, I was always uncomfortable in any social setting, by which I mean any interaction with any human. In a deposition or a courtroom, I was in my element and was totally in control. But outside of that domain, I was still a little kid. Imagine a totally disconnected person roaming a bar, a club or a social event, looking for a connection. After a few drinks, I would wander around with my metaphorical power cord and strike up conversations with random people, just trying to connect. Not surprisingly, it never worked and my friends would have to take turns monitoring me or blocking me before I escaped. Fun stuff? Nope!

I also subscribed to the b.s. that I was “special” and that I “deserved” to do whatever I wanted because I worked so hard and was so successful as a lawyer. I also had a very bad case of “next bar-itis.” This is a particularly infectious disease that plagues a lot of people who are always looking for the next bar, next lover, next job, next car, next house, next verdict and on and on and on the hamster wheel we go. Some have a hamster wheel that is very small and cramped and some have one with ten bedrooms, a pool and a wine cellar. But they are all still hamster wheels where all you can do is run in circles, searching for fulfillment that never comes. Of course, in the end, if you just get off the hamster wheel, take inventory and appreciate what you have, you’ll find that fulfillment is already right there in front of you.

The reality is that I had a wife and three kids and they were my responsibility and we were living our lives together. It was not just me and what I wanted or deserved. At some level, I knew that all along but never really accepted it. So how long did it take for me to grow up? What was the bottom? Well, when the love of your life declares that she is “done” and that means the literal destruction of your entire family, the decision was not hard for me to make. Two years ago, in April 2012 (at the age of 44), I stopped drinking.

And now, I am literally free. No more anxiety about what stupid thing I am going to say or do. No more nasty side effects from drinking like limb checks when waking up, slurred words, buffoonery, unattractive physical appearance, hangovers, apologies for what was said or done the night before, embarrassment, etc. No more nonsense. Period.

So the way I look at it and the way I now experience life is that I am not missing out on anything. I make it clear that no one should feel sorry for me because if they knew what I was like when I drank, they would be elated that I am not drinking. I take and live life... one day at a time. Yes, that phrase can be cliché, but it works for me.

Now, whenever my mind wanders to how “fun” it would be to drink, I think about both the before and the after. Because when you collapse the events of drinking to include drinking and the next day, it’s not difficult to remember that it is simply not worth it.

And don’t get me started on the whole “it’s not a disease” or “alcoholics are weak” nonsense. I can safely say that I am as high-functioning as it gets and I could not manage my drinking − no matter how many rules I had.

How has my life improved? The list is endless. I am happier, healthier, funnier, still winning tough trials and getting amazing results at work. I am more present and connected to my family and friends. “Friends” I have had for 15 years have commented on how I have, for the first time, actually carried on two-way conversations for more than two minutes. It’s like I’m living in that Beastie Boys song that goes:

I see you lookin’ at me sayin’

How can he be so skinny and live so phat?

You know why, ‘cause I’m the maestro

I am now actually in total, 100 percent control of myself and my life at all times and there is no better feeling. I don’t understand why some people feel sorry for people who no longer drink because I actually feel 100 times cooler, more powerful and a tad bit more arrogant (if that’s humanly possible) than I ever have. As bizarre as it sounds − and this is a good thing − I am pretty sure that it is now hip to be sober in Los Angeles.

My one big vice now? Candy!! Where I used to drink a bottle of wine, I now have Skittles, Sour Patch, Red Vines and Peanut M&Ms … but I make sure to balance that out by working out a lot more and doing hot yoga.

Anyway, why did I write this article? Because I have long subscribed to the belief system that we are not a “success” only because of our results as trial lawyers in and out of the courtroom. I don’t care how many “eight-figure” verdicts one has gotten. If their personal life is a mess and in a shambles, there is no true success.

I have always tried to embrace my faults, tried not to be stingy and tried to appreciate the concept of “sharing.” I do what I do as a trial lawyer to help people. I’m writing this now for the same reason. If even one lawyer out there reads this and realizes that they are not alone and that life does get better (and I assure you, it does), then mission accomplished. 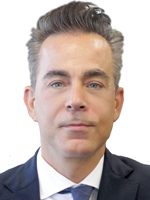