Deposing the adverse witness in an automobile case

Taking the deposition of the defendant or other adverse witness is a critical element in the prosecution of an automobile case. It is usually advantageous to take the deposition of the defendant or other adverse witness before your client or other friendly witnesses have been deposed. This constrains the ability of defense counsel and his client and/or the adverse witness to tailor their testimony based upon what has previously been discovered in the case. In order to gain this advantage, the plaintiff’s counsel should serve such deposition notices as soon as possible 20 days after the service of summons on the defendant (which is the first day that a plaintiff is permitted to serve a deposition notice under California CodeCiv. Proc., § 2025.210 (b)).

Before taking the deposition, review police reports, statements of witnesses, photographs and visit the scene to get an initial sense of whether the defendant and plaintiff had the time, space and opportunity to avoid the accident and whether there were any other factors (e.g., obstructions or distractions) that would prevent the parties and witnesses from observing each other at any point or location.

CACI instruction number 700 sets forth the basic standard of care in a motor vehicle case in these terms:

•Try to determine how far the defendant and/or plaintiff’s vehicle traveled between points in time and/or locations A and B (e.g. between first observing plaintiff’s vehicle and impact), between B and C, etc. How much time elapsed between A and B, between B and C, etc.•What was the speed of each vehicle at various points in time or locations? Was there anything that prevented the defendant, plaintiff or witness from observing the other at various points in time e.g., roadway characteristics, obstructions of other vehicles, buildings or foliage.•Was the defendant distracted by anything while he was driving e.g., cell phone or text use, talking with a passenger, listening to radio, reaching for an object within the vehicle, looking at navigation controls, etc.?•Also determine whether the perception of the witness and/or defendant was impaired in any way as a result of alcohol or drugs, lack of sleep and/or visual or hearing impairments.

In understanding the significance of the answers to questions regarding these matters, it is important for the lawyer to have a basic understanding of principles of accident reconstruction that are involved in virtually every automobile case.

•For example, a vehicle travels at approximately one and one-half feet per second per mile-per-hour (e.g. at 20 mph a vehicle will travel approximately 30 feet per second).•Similarly, the average perception/ reaction time is one and one half seconds so that the driver of a vehicle traveling 20 mph will travel 45 feet on average (i.e. 30 ft/s x 1.5 seconds) from the time a hazard is first perceived until the driver can react to the danger (e.g., brake).•Be familiar with charts available online or in accident-reconstruction books and articles that set forth total automobile stopping distance vs. speed. These charts will also typically set forth the skid/braking distance as a component in the total stopping distance, which also includes perception distance and reaction distance

When answers are provided by the defendant/adverse witness pinning down the number of seconds that elapsed between certain events and the distances traveled between certain events, one can then derive the speed of a vehicle based upon such facts. For example, if the witness testifies that the defendant’s vehicle traveled 120 feet in two seconds (i.e., 60 ft/s), we would then know that the vehicle had an average speed of 40 mph. This would be indicative of negligence if the speed limit in the area was only 25 mph. Or if the defendant testifies that he was going 40 mph for 5 seconds before entering an uncontrolled intersection, we would then know that the distance traveled was 300 feet (i.e., 60 ft/s x 5 seconds). One could then determine if there was no obstruction to his view of cross traffic from this distance and that he could easily have stopped his vehicle in this distance if he had noticed that the plaintiff was likely to enter the intersection before him.

Exploring bias of the witness

The defendant obviously has a bias in the case. However, in the case of a non-party witness it is important to discover his or her relationship to the litigation, parties, and counsel in the case. Be sure to ask questions about any communications between the witness and any representative of the defendant including when, where and what was said.  For example, I recently had a case where defense employee witnesses admitted that they did not understand some of the words in their “written statements” and that they had just signed whatever the defense investigator had put in front of them. One should also be sensitive to the attitude of the witness toward you. Sometimes you can detect a defensiveness or evasive attitude from a witness that can be a tip off to an underlying undisclosed bias.

The importance of listening and observing

When taking the deposition of an adverse witness or defendant it is important to listen to the answers and observe the demeanor of the witness. You need to keep your notes as brief as you can in order to focus your attention on the witness. The answers may be nonresponsive; if so, you must move to strike the nonresponsive part of the answer. The answer may also be evasive or incomplete which requires further probing and may be indicative of untruthfulness. Like a good poker player you must read body language and look for tells which reveal either lying or discomfort with the subject of the question.

Is the witness always reluctant to agree with the suggestions implicit in your leading questions? If so, you may wish to occasionally ask a leading question where you want the witness to disagree with your suggestion. You need to rely upon all your human experiences and training in order to interpret the conduct and mannerisms of the witness in order to make an assessment of his or her credibility and to make decisions about whether to bore in with further questions or simply make a mental note as to what you perceive to be less than truthful. Remember that a jury will also be observing this witness at trial and you need to evaluate in deposition how a jury will perceive the witness. It is difficult to do that if you are consumed with taking detailed notes and fail to carefully observe the witness.

Many lawyers prepare an orderly detailed outline and go through it in chronological order while questioning a defendant or adverse witness. This type of approach is often a mistake and makes it easier for dishonest witnesses to keep their “story” straight. On cross examination of a defendant or adverse witness, you are entitled to use leading and suggestive questions, to skip around from subject to subject and return to earlier subjects at any time and to ask similar questions more than once. “Asked and answered” is not a proper objection to cross examination. It only becomes objectionable under California Code of Civil Procedure section 2023.010, subd. (c) when questions are posed in “a manner or to an extent that causes unwarranted annoyance, embarrassment, or oppression, or undue burden and expense.” Therefore do not be afraid to jump around and ask questions out of order as a means of making it more difficult for a defendant or adverse witness to keep a fabricated version of the facts consistent.

You should also give some thought in advance to certain “Catch 22” questions where it does not matter what answer the defendant gives because either one will be helpful to your case. For example, I had a police pursuit case where the police officer chased a fleeing traffic violator for 15 seconds over several blocks through several blind red-light intersections at over 60 mph before a fatal accident occurred when my client’s vehicle, lawfully crossing a blind intersection on a green light, was struck by the fleeing vehicle.  At one point I asked the officer, “Knowing what you know now, that an innocent member of the public would be killed at the end of this pursuit, is there anything that you would do differently compared to what you did on the day of the accident?”

Answer: “No.” This was a terrible answer that made the officer look callous and insensitive to the public’s safety which he was sworn to protect. But if he had answered ” yes” I could have followed up with what he would do differently to show he was not properly following the City’s pursuit policy, which required him to stop a pursuit when the risk to the public safety outweighed the nature of the offense.

If you have impeachment material, for example an inconsistent statement from either a police report or a recorded statement, you must decide whether or not to directly confront the witness with the inconsistent statement in the deposition or to hold off on direct impeachment for trial. This is a judgment call, but in either instance it is important to ask the questions that will “close the corral” to eliminate as many explanations that would permit the witness to try to explain away the inconsistency at the time he or she is finally confronted with the impeaching material. Isn’t it true that you spoke to the police about this accident at the scene? Isn’t it also true that your memory of these events was much fresher at the time that you spoke to the police at the scene? Were you under the influence of any alcohol or other drug that would have impaired your ability to give accurate information to the police at the scene? Did you sustain any injuries in the accident that impaired your ability to give truthful and honest answers to the police at the scene?

In order to prevent a witness from walking away from earlier testimony in the deposition or from changing testimony at a later time — either when correcting the deposition or at a trial, it is important to give a strong admonition at the start of the deposition that includes the witness’s agreement to speak up and let a questioner know if he or she did not fully understand the question. You should explain that you will rephrase or repeat any question that the witness did not understand, and that you are not a mind reader and so, if the witness does not speak up and explain that he or she did not fully understand a question, we will all have to assume that he or she understands it. You can explain that it will not be necessary during the remainder of this deposition for your counsel to remind you “if you understand” because you clearly understand now. Ask them if this is fair and they will agree.

Given this admonition, and the witness’s agreement, you now have a ground to prevent defense counsel from continuously chiming in with “if you know” or “if you remember.”  If that happens, remind the witness and defense counsel that these comments are unnecessary and constitute improper coaching, since the witness has already been given such an instruction at the outset.

If it continues, you should then further advise counsel that if they persist in making speaking objections and coaching the witness, you will seek permission from the court to read not only the answers of the witness but also all of counsel’s coaching comments so that the jury can fully appreciate and evaluate the credibility of the witness in light of counsel’s coaching. Usually this will be sufficient to get most lawyers to back off and curtail their coaching activities. If, however, defense counsel continues to coach the witness, you must threaten to terminate the deposition to seek a protective order and sanctions against counsel and, in an appropriate case, the defendant, for this ongoing behavior. And, if necessary, make good on the threat. 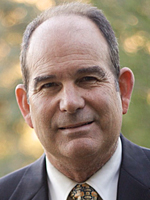