Hollywood vs the Supreme Court: Ten Decades of Gender and Film

Hollywood vs the Supreme Court: Ten Decades of Gender and Film

[Editor’s note: The book is available online at Amazon.com]

While you might open this book more out of curiosity than intent to see it through, you would be surprised to find out that it is not just of interest to women lawyers. The vivid portrayals of law and film and short chapters combined with a host of fascinating facts will hold your attention to the end.

Illustratively, the author points out that the Statue of the woman as a symbol of Liberty, freedom, and opportunity for all was dedicated in 1886 on Liberty Island in New York harbor. However, women were not permitted to attend the ceremony.

In 1872 the United States Supreme Court held that Illinois could deny a woman a license to practice law. Accordingly, three years later the state of Wisconsin refused to permit a qualified woman to practice law, with the following rationale: “The law of nature destines and qualifies the female sex for the bearing and nurture of the children of our race and for the custody of the homes of the world and their maintenance in love and honor.” Further, “The peculiar qualities of womanhood, its gentle graces, its quick sensibility, its tender susceptibility, its purity, its delicacy, its emotional impulses, its subordination of hard reason to sympathetic feeling, are surely not qualifications for forensic strife.”

As originally proposed, the Civil Rights Act of 1964 did not apply to provide equality for women. A little remembered fact is that Congressman Howard W. Smith from Virginia sought to defeat the bill because it granted race equality. Accordingly, he introduced an amendment that added “sex” to the list of categories that were protected from employment discrimination because he believed his colleagues did not support equal rights for women and accordingly would defeat the bill. To his chagrin, as finally adopted, the law outlawed discrimination in employment based on race, color, religion, sex, or national origin.

Of interest also is the fact that although Justice Frankfurter was a founding member of the American Civil Liberties Union, he turned down a woman who applied for a clerkship at the Supreme Court. Even though the woman had graduated at the top of her class at both Columbia and Harvard, he stated that “[he] was not ready to take a woman” onto his staff. The woman’s name: Ruth Bader Ginsburg.

In dealing with the role of women in film, the author reminds us that women often were portrayed as nasty, mean or controlling; or as submissive and nurturing to men, or better yet, of having sex with them. Violence against women often was portrayed as fun and romantic.

In short, the author succeeds in her goal of showing that women were not treated as equals either in the court or in film for the last 100 years – but points out significant areas of progress so that there is hope for the future.

A modest shortcoming of the book is the fact that the index is not as complete or accurate as one would like and thus it is not always easy to locate key reference points.

The jacket cover notes that the author has been honored by several organizations as a trial judge of the year; as a distinguished alumni; and as a recipient of a Judicial Civility award. 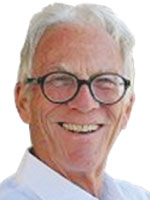 Sanford Gage is a Former President of CAOC; Former President of CAALA; Trial Lawyer of the Year (CAALA); Co-Author of the book: “Insurance Bad Faith” (Matthew Bender); was a founder of Advocate Magazine; graduated from UCLA and UCLA School of Law; Law Review; Adjunct Professor Trial Practice – Pepperdine School of Law; member of ABOTA; wrote the Ethical Guidelines: “Code of Professionalism” for CAOC; participated in over 40 appellate cases; has authored more than 200 legal articles and has an extensive mediation practice.