Economic language is sometimes very hard to understand. As a result, many attorneys believe that a present-value calculation, requiring a “discount to present value” specific to earning capacity loss, must result in an amount less than today’s dollar value. This is a myth. Because the language used to provide a present-value loss states that the sum of money must be discounted to present value, what is often not realized is that the sum need not be reduced in order to arrive at present value stated in terms of today’s dollars.

Discounting to present value may result in a sum of money that is the simple multiplication of an earning capacity dollar figure by a worklife expectancy value. This decision is made by the economist based upon his or her interpretation of two factors: a growth factor and a discount factor. A firm understanding of the concept of “present value” can lead to a substantial increase in the value of cases involving damages from loss of future earning capacity. Hundreds of thousands of dollars may be at stake for the wrongfully injured.

Present value, as defined by economists, is the current worth of a future sum of money or stream of cash flows given a specified rate of return. “Today’s dollars” is the best way to think of the term “present value.” In the case of a loss of future earning capacity, present value is the sum of money needed today that, if prudently invested, would replace the future stream of compensation for the wrongfully injured individual.

Consider the case of a three-year-old female, Kathy, who has a severe traumatic brain injury and will never be capable of employment. We can assume, based upon her parent’s level of educational attainment and government data, that her ability to work and earn money absent the injury would have been $50,000 annually. Furthermore, we estimate that her worklife expectancy absent the injury is most reasonably represented by 40 years. Simple multiplication of the earning capacity figure and the worklife expectancy value leads to $2 million. The next step is to discount this figure to present value.

The objective in discounting this figure to present value is to empower the jury with the information needed to compensate the wrongfully injured individual for the future loss of earning capacity stated in terms of today’s dollars. In order to accomplish this, we must consider that Kathy would have received increases in her compensation over her lifespan due to increased productivity in the labor market as well as inflation. In addition, if Kathy received $2 million today, she could prudently invest this sum of money in order to gain interest.

An economist can also utilize a net negative discount. This is rare in practice, but historical data is in support for utilizing a net negative discount for short-term awards (i.e., the plaintiff is to be compensated for a stream of income that would have accrued to him over the next five years of his worklife). In this case, the growth rate is greater than the discount rate. Kathy would receive more than the $2 million sum because the economist believes that her compensation increases would be more than the rate she could earn by prudently investing an award.

Supported by historical data and trends, the net neutral discount is where the growth rate and discount rate are equal to one another. This is also known as a pure offset or total offset approach. Kathy would receive exactly the $2 million sum in this case. The growth rate and discount rate are set equal in the present value formula, which is mathematically equivalent to using simple multiplication to multiply the annual earning capacity figure by the worklife expectancy value to obtain the product. Historical patterns of the appropriate growth and discount rates show that the two rates exhibit a convergence to an equilibrium. In addition, it is very difficult to forecast the behavior of the growth rate of compensation and the discount rate.

The pure-offset approach helps to mitigate this difficulty and causes the plaintiff and defense to share equally in a future risk that is unknowable. This approach has been mandated in several states such as Kentucky and Pennsylvania. For many years, the state of Alaska mandated the use of the pure offset in arriving at present value. While this practice occurred for many years, the legislature enacted law signed by the governor allowing economists to present an alternative view in arriving at present value.

In order to determine the rate at which an individual’s compensation would have likely increased over his or her lifespan, we must utilize an economic proxy. This proxy must take into account both inflation and increased productivity in the economy as a whole. Furthermore, the proxy must include both wages and fringe benefits. Fringe benefits include those items paid for by the employer that accrue to the benefit of the employee. Currently, fringe benefits average 27.5 percent of wages. The best proxy that takes into account all of these factors is compensation growth, a statistic that can be computed from data on hourly compensation emanating from the U.S. Bureau of Labor Statistics.

Some economists will utilize a growth rate based on the Consumer Price Index (CPI) which measures inflation. Inflation refers to the overall increase in prices for goods and services in the economy. The problem with utilizing CPI inflation for the growth rate in a present value calculation pertaining to loss of future earning capacity is that it does not accurately measure the compensation growth. The CPI is not specific to either wage growth or compensation growth and it does not measure productivity increases in the economy that lead to higher rates of compensation. Furthermore, some economists will utilize a wage-growth rate and neglect the steady increases in employer contributions to fringe benefits that have occurred over time. Therefore, utilizing either the CPI/inflation rate or the wage-growth rate artificially decreases the present value of future lost earning capacity. The stance of any economist hired by the defense who utilizes any metric other than the rate of compensation growth as the growth factor should be challenged at length at trial.

It is also possible to see an economist applying a future growth of wages in a particular job or occupation rather than using the broad index. This approach is problematic for two reasons. First, it is uncertain whether an individual worker will continue at their present job throughout their lifespan. It would be an unfair assumption by which to calculate probable compensation increases if only increases for an individual’s current employer or occupation were used. Moreover, there are not varying and diverging historical growth rates for an individual or even a single occupation over the next several decades unless it is a dying occupation (e.g., stevedores). Otherwise, economic theory suggests that the growth rates in compensation for all occupations will regress to the mean over time.

The discount rate selected for a present-value calculation in a personal injury case should be one with the least amount of risk and the highest return. The U.S. Supreme Court 1983 decision Jones & Laughlin Steel Corp. v. Pfeifer (1983) 462U.S.523 provides some guidance in defining an appropriate rate of interest or discount to use in arriving at present value specific to economic damages. They note that the “best and safest investment” and a “risk-free stream of future income” should be used. In financial circles, the 91-day Treasury bill is often considered to be the most risk-free investment with the highest yield. Because the U.S. government has never defaulted on a financial obligation, the default risk is zero. The other risk, which is associated with any U.S. government investment, is inflation. With the 91-day treasury, the risk of inflation is close to zero in that the investment is held for only 91 days. At the end of the 91 days, the treasury can be reinvested with a typical yield that is greater than inflation.

In selecting a discount rate, economists may advocate a variety of financial instruments other than the 91-day Treasury bill. For instance, some economists will choose 10-year bonds that provide a rate of return significantly greater than 91-day treasury bills. However, the long-term nature of this bond exposes the holder of the bond to the risk of inflation. The plaintiff should not be put in the position of unnecessary risk so as to decrease the defendant’s liability as a result of the tort. Because of the increased risk due to the long-term nature of 10-year bonds, they are an inappropriate financial instrument to use when arriving at the present value of future loss of earning capacity. Furthermore, multi-year treasury instruments may carry a tax disadvantage for the holder. An imputed annual interest amount, known as the accretion rate, is required to be realized as taxable income for the holder of some multi-year treasury instruments that pay no interest until maturity. This is a burden for the holder as they are obligated to remit tax payments prior to the receipt of any cash flow from the investment.

Historical patterns of growth and discount

As a result of the historical convergence to an equilibrium around zero, the total offset is the fairest approach in performing a present-value calculation. Moreover, this approach is the fairest and most reasonable given the fact that no one will ever be able to predict with any degree of certainty if the spread between the compensation growth rate and the return on a risk-free investment will be positive or negative.

There can be hundreds of thousands of dollars at stake in determining the present value of an award. As an example, consider a three-year-old female, Alexis, who sustained a brachial plexus birth injury that resulted in limited use of her right arm. Alexis’s father attained an MBA in information technology and works in management for a software company. Her mother functions as a Ph.D. clinical psychologist. As a result of her permanent injury, Alexis is likely to suffer both reduced earnings and reduced worklife expectancy according to government data pertinent to workers with a physical disability. Because of her parents’ advanced level of educational attainment, it is likely that Alexis will have the capacity to complete a master’s degree or beyond. Her earning capacity absent the injury is best represented by $158,130 and her worklife expectancy is best represented by 34.8 years according to statistics emanating from data gathered from the U.S. Census Bureau. Post-injury, her earning capacity is reduced to $106,760 and her worklife to 26.8 years. In addition, fringe benefits at the national average of 27.5 percent must be included in the analysis.

Present value is simply a fancy economic term for today’s dollars. Examining the appropriate historical data, the compensation growth rate and the 91-day T-bill rate, leads to the conclusion that a pure offset approach is the fairest way to calculate the present value of a loss of future earning capacity. While it makes sense that a defense attorney will hire an economist who utilizes a net positive discount, it does not conform to intuition why a plaintiff’s attorney would hire anyone who utilizes a net positive discount. It is not necessary to reduce a future earnings loss below the value of today’s dollars. The cost of this mistake may be hundreds of thousands of dollars or potentially a couple of million as in the case of Alexis that could be recovered for the wrongfully injured. 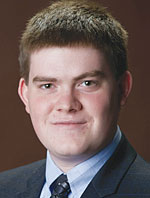 Dr. Joseph T. Crouse is a Labor Economist with Vocational Economics, Inc. and works out of the Los Angeles, CA office.