Taking on the elder-abuse case

Elder-abuse attorneys have their work cut out for them. Not only must they be prepared to deal with adverse counsel, but interactions with their own clients may be fraught with complexity. There is a temptation among practitioners to approach these cases like any other personal-injury claim, and there is especially a tendency to view them simply as medical-malpractice cases. That is a huge mistake, because actions premised on violations of the Elder Abuse and Dependent Adult Civil Protection Act, found at Welfare & Institutions Code section 15600 et seq. are just not that simple.

Elder-abuse clients, seniors and dependent adults are unique, and so too are the challenges inherent in their representation. It is more likely the rule than the exception that elderly and/or dependent adult clients suffer from multiple and complex illnesses, or are caught up in the middle of muddled domestic disputes. Their memory, faculties and temperament can likewise prove difficult. In other cases, the elderly person is already deceased, or may pass away during the course of representation.

For the attorney, the challenges of elder-abuse litigation and interaction with clients are acute from the outset, involving a myriad of applicable rules, laws and regulations as well as canons of ethics. In deciding whether to accept representation of an elder-abuse client, lawyers must take a thoughtful look at the rules of ethics and consider, from both a practical and legal perspective, whether accepting the case is prudent, as well as permissible. Attorneys should carefully consider four issues in particular when evaluating an elder abuse claim: the facts, the fees, communication and conflicts of interest.

Sometimes, elder-abuse cases begin with the children. Suspicious but uncertain of nursing home abuse, worried family members might approach an attorney for advice. Alternatively, the elderly or dependent adults themselves may feel victimized, but aren’t sure whether their experiences amount to abuse.

The textbook indicators of abuse speak for themselves: broken bones, bruises, overdoses, suspicious injuries and sudden death. These are the classic hallmarks of personal injury and wrongful death matters. Spotting such obvious abuse isn’t the challenge. The danger for elder-abuse attorneys is in rejecting a case on the basis of “insufficient evidence” when the facts might have pointed toward abuse after all. Elder abuse is frequently latent. The seniors and dependent adults themselves may not be aware of the abuse, owing either to mental illness or psychological intimidation (in a nursing home, for instance).

Subtle signs of elder abuse can include malnutrition, dehydration, bedsores, infections, hair loss, paranoia, depression, sudden withdrawal, strange changes in demeanor, etc. Attorneys must be very careful not to advise prospective clients that there is “no case” where the signs of possible abuse are indirect and atypical but nevertheless present. Indeed, lawyers in any field should be wary of advising non-clients that they do not have a claim.

The usual guidelines for establishing, settling and collecting legal fees apply in full force to elder-abuse cases, but there are more twists and permutations than one might imagine. First, these cases have been determined by the Supreme Court to not flow from the rendition of professional services, a precursor to not only the attorney fee limitations imposed by the Medical Insurance Comprehensive Reform Act of 1975 (MICRA), but also to the Draconian limitation on available non-economic damages for the prevailing plaintiff. So when it comes to the usual cases involving an elder-abuse cause of action, the attorney-fee caps of MICRA do not apply. But most elder-abuse practitioners also allege a cause of action for professional negligence, to which the MICRA attorney fee caps do apply.

Accordingly, from the outset of representation of an elder-abuse plaintiff in an action against a licensed health-care provider, potential conflicts of interest between the attorney and the client immediately present themselves. These must, as a matter of ethical compliance, be disclosed and addressed in the retention documents and thereafter waived by the potential plaintiff(s). Make sure all the parties are on the same page with respect to fees before agreeing to representation.

Challenges of communication with the elderly

Attorneys have an ethical duty to communicate clearly and consistently with their clients. Failure to do so is a leading cause of complaint to the State Bar. Fulfilling that duty can be more difficult when the client is elderly and/or a dependent adult.

Some seniors and dependent adults have very sharp minds and sensibilities; others struggle with failing memories or other health concerns that impair their communication skills. If the client is still living, the attorney must make sure that he or she is able to adequately communicate before agreeing to representation. If a family member is to serve as an intermediary, that relationship must still satisfy rules of confidentiality, and all parties involved should understand that the lawyer’s obligation is to the client. This issue as well presents an area of potential conflict of interest, which must, as a matter of ethical compliance, be disclosed and addressed in the retention documents and thereafter waived by the potential plaintiff(s).

An example of a potential pitfall is in the context of Medicare. Pursuant to the Medicare Secondary Payer Act, the government is entitled to certain damages awarded for medical bills, whereas wrongful-death awards belong to the heirs. So when settlement discussions commence, where does the attorney focus: on the wrongful death cause of action or on the elder-abuse claim?

In the former situation, there is no lien and likely a reduced right to attorney’s fees under MICRA, while the latter situation will likely require payment to a lien holder, eating away at settlement dollars available to the plaintiff, and will not impose a limit on attorney’s fees per MICRA. This is another foreseeable potential conflict of interest from the outset of representation which must, as a matter of ethical compliance, be disclosed and addressed in the retention documents and thereafter waived by the potential plaintiff(s).

Another complication can arise when the attorney represents multiple abuse victims against the same nursing home. The value of these claims can differ, and the facts may prove adverse to one another. However, seldom does the particular home have more than $1 million in available insurance, an amount that will likely be eaten up by one and no more than two elder-abuse cases. This is yet another potential conflict of interest from the outset of representation which must, as a matter of ethical compliance, be disclosed and addressed in the retention documents and thereafter waived by the potential plaintiff(s).

As a general rule, it is wise to explain the potential for conflict in detail to each and every party, and then obtain each person’s informed consent to representation in a signed agreement. Of course, some conflicts are too onerous to overcome with informed consent, or may simply be unwise to risk involvement in, even if technically allowable. Attorneys should give careful and conscientious consideration to any foreseeable conflict prior to agreeing to representation, always deferring to the clients’ wishes and the governing ethics rules. 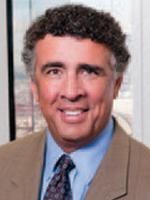 Stephen Garcia is the founding partner at Garcia, Artigliere & Medby, a national elder-abuse law firm. He can be reached at sgarcia@lawgarcia.com or (562) 216-5270.