Carl Douglas is a fantastic trial attorney and a great mentor. He has tried 75 cases to a jury over a 35-year career, and was CAALA’s Trial Attorney of the Year in 2006. At least 10 of his trials have lasted more than a month, including the nine-month OJ Simpson trial. Carl has mentored many new lawyers, and was kind enough to share some of his wisdom on a Sunday afternoon.

MICHELLE: Thanks for taking the time to talk with me, Carl. As you know I’m in the middle of my first trial and it’s been an amazing learning experience. You gave me so much good advice about my examinations, can you tell me about your approach to jury selection?

CARL: Of course. I love people and I love juries. First, jury selection should be a conversation; the balance should be 80/20. That’s eighty percent the jury talking, not the attorney.

MICHELLE: Ok. What about so-called preconditioning? What about getting all the bad issues out before the defense attorney does?

CARL: I’m not sure of the value of preconditioning. Lots of lawyers think that they are good at it and that it works. I am not convinced. But, there is value in describing the general issues raised by the evidence, no doubt.

MICHELLE: Ok. I’ve watched you pick three juries in the last year. You seem to be very confident in your approach and style.

CARL: I follow the David Ball approach. I emphasize – “Tell me more.” It gets the jurors talking. That’s important.

Those are the kinds of questions I ask. I take a conceptual approach, “Some people think X, some people think not X, tell me which group you are closer to, even if only a little bit. X is one of the issues in the case.” And then, “Mrs. Smith, did you hear what Mr. Jones said? What do you think about that?”

MICHELLE: That sounds like it could take a long time. How much time are judges giving you to conduct voir dire?

CARL: It varies greatly. Check with fellow CAALA members and use the Listserv to find out your judge’s preferences. It is particularly challenging in the current climate to have adequate time to conduct voir dire. Many lawyers abuse the process and judges have been influenced negatively. Plaintiffs suffer the greatest.

MICHELLE: What can I do to counter that?

CARL: One, don’t waste the judge and jury’s time. Be prepared and focused in your questioning. Two, it is often wise to have a pocket memo of law you can present at FSC, with the trial brief or in the trial brief regarding the specific procedural rules that prevent a judge from setting arbitrary time limits.

MICHELLE: Oh, you mean something like this P & A on Code of Civil Procedure section 222.5 that I found in the CAALA document bank? (Written by Scott Ames.)

California Code of Civil Procedure § 222.5 provides that following examination by the court, “counsel for each party shall have the right to examine, by oral and direct questioning, any of the prospective jurors in order to enable counsel to intelligently exercise both peremptory challenges and challenges for cause.” Voir dire is intended to achieve the goal to “select a fair and impartial jury in civil trials.” (Id.) Cal. Code Civ. Pro § 222.5 emphasizes that “[d]uring any examination conducted by counsel for the parties, the trial judge should permit liberal and probing examination calculated to discover bias or prejudice with regard to the circumstances of the particular case.” In order to elicit bias or prejudice, the statute states, “[t]he fact that a topic has been included in the judge’s examination should not preclude additional nonrepetitive or nonduplicative questioning in the same area by counsel.”

Although § 222.5 permits the court to impose some limits, the statute specifically requires that the court take into account: “any unique or complex elements, legal or factual, in the case and the individual responses or conduct of jurors which may evince attitudes inconsistent with suitability to serve as a fair and impartial juror in the particular case. [emphasis added].

CARL: Good. That’s a good start. It is often wise to speak in terms of unique issues your case may present so as to justify seeking more time. Cases with issues of sexual harassment, race relations, or police interaction with the community might justify a basis to ask for more time.

It has been my experience that such a memorandum is not always persuasive in changing the judge’s mind, but it does frequently remind them of what the statute says. And the judge will be less strict in enforcing time limits.

MICHELLE: What if I can’t convince the judge and my time is limited?

CARL: Well Counselor, you need to develop a strategy to hit the high points. Some lawyers have prewritten questions that jurors read off of a board. Like the “Panish board” that many swear by. Personally, I have had mixed success with a pre-worded questioning board. I find after the first one or two jurors respond, the remaining panelists craft an answer intended either to get them eliminated or to stay on the panel. It can lead to a stealth juror with a hidden agenda to upset a case.

MICHELLE: Which questions do you routinely ask?

CARL: Traditionally a couple of tort-reform questions, “What do you think about lawsuits?” In the beginning, I pick a benign question because there is such a groundswell of anti-plaintiff sentiment. Jurors will tune out if you begin advocating right off the bat.

“Some people think jury verdicts are too high, too low, just about right. Which group do you think you are closer to? Tell me about that. Tell me more.”

Keep saying “Tell me more” until they stop giving you info.

That being said, I am very upfront about money. I use the same type of questioning to find out whether or not jurors are comfortable with awarding money damages for physical and emotional pain.

MICHELLE: Are there any other approaches I can try?

CARL: Something that is wise is “I’ll show you mine so you will show me yours.” This is conceptually more aligned with the Gerry Spence approach. By disclosing weaknesses or vulnerabilities by the lawyer, it will open up the jury to be able to share their guarded vulnerabilities. It has been very successful.

This is something that Nick Rowley does. He talks about his own deep and heavy things, leading to an openness with the jurors. Such an approach requires a uniquely confident trial judge and unique lawyers who are able to convince the judge of the intrinsic value of spending more time on voir dire.

I suspect that one is more likely to have this opportunity in an independent calendar court, as opposed to a PI trial court, because the judge has had an opportunity to learn more about the lawyer and develop a comfort and familiarity. It may engender a greater trust that the attorney will not abuse the loosening of restrictions.

It has been my experience that judges who are former criminal practitioners allow more expansive voir dire. Civil practitioners do not have familiarity with the latitude criminal lawyers are given to conduct voir dire.

MICHELLE: Maybe some more of that brief will help me with that.

At the outset of voir dire, counsel are strangers to the potential members of the jury who will decide the case. It is difficult for jurors, in an unfamiliar place in a room full of strangers, to describe what closely held beliefs they have which may inhibit or preclude impartiality. In fact, a juror may not even subjectively recognize areas in which his or her mind is already made up. Thus, a fair degree of leeway has to be allowed for voir dire.

Jurors can be challenged for cause when they have:

(B) Implied bias – as when the existence of the facts as ascertained, in judgment of law disqualifies the juror; [or]

(C) Actual bias – the existence of a state of mind on the part of the juror in reference to the case, or to any of the parties, which will prevent the juror from acting with entire impartiality, and without prejudice to the substantial rights of any party.” (Cal. Code Civ. Proc., § 225(b).)

It is respectfully submitted that the only way to ascertain the existence of facts or the existence of a state of mind which will prevent the juror from acting with impartiality, in a case such as this which involves several unique and controversial issues, is to allow an adequate amount of time for voir dire, without imposing artificial limitations.

MICHELLE: What about the meat of the questioning. What should I be talking to the jurors about?

CARL: I have some fairly standard questions I use to get jurors’ opinions on common issues. For instance, I ask whether they’ve known someone who looks fine on the outside, but is injured on the inside. I try to inoculate against the common defense theme of malingering by asking about whether anyone has been accused of exaggerating an injury then they were truly hurt. I usually try to discuss the injuries specific to the case, in part so that the jurors will know what to listen for.

I must warn you to be mindful of the following counterintuitive issue with regard to jury selection: When a young girl has breast cancer and is suing a doctor, you might think you want young potential victims to be on the jury. But, when there’s too close of a connection, jurors will try to rationalize and say that they would’ve done things differently, sought a second opinion, would have acted differently. And they will focus on things that they might not do that your client did so as not to share the same emotional burden as your client.

That said, it is often impractical to try to anticipate your ideal juror.

I do try to get defense attorneys to pre-qualify jurors for cases longer than one week. Mention that at the FSC. I find a general reluctance on the part of judges to pre-qualify. But, when defense agrees, I find that there is a greater possibility of having more plaintiff-friendly jurors in pre-qualified panels.

MICHELLE: Questionnaire or not to questionnaire. That is the question.

CARL: A jury questionnaire aids the defense more than the plaintiff because plaintiff attorneys are much more connected in an interpersonal, non-linear sense and better able to understand and interpret nonverbal clues than stiff defense attorneys. A questionnaire will provide more info to aid the defense, which is generally more mechanical and well staffed with resources to throw at reviewing questionnaires.

In civil rights litigation, never use a questionnaire because it will have twenty different ways for a juror to explain how they have problems with cops.

MICHELLE: How should I finish my questioning?

In cases with minority clients, I ask the jurors, “If race is discussed in anything other than a descriptive manner, will you have the courage to bring that to the judge’s attention?”

MICHELLE: What about jury consultants and focus groups?

CARL: The reality is that putting on a trial is increasingly expensive. You can spend tens of thousands of dollars on focus groups and consultants separate from case costs. But, I have never had a focus group that has not enhanced my ability to understand the trial. Whenever financially possible, focus groups are useful. Consultants are good for picking juries, developing concepts to analyze and resolve issues. But they are expensive!

For you, I say enlist the help of other experienced eyes and ears to assess interpersonal clues that jurors are sending out in trial. It is always advisable that the lawyer questioning have someone else in the audience to watch the interplay between juror and lawyer. It’s useful to have a member of the opposite sex available to provide a different perspective in interpreting nonverbal clues the jurors are sending. 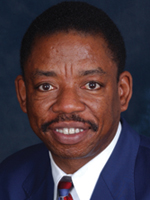