Medical liens: Dealing with bias and character issues at trial

Emboldened by Howell, the defense takes aim at medical liens introduced to prove past meds

When the client has received medical treatment on a lien there are bias and character issues that may arise at trial. The defense will try to show that the medical practitioner has a “financial stake” in the outcome of the case and therefore will give biased testimony towards the plaintiff. There is also the potential that the defense will argue the plaintiff failed to mitigate her damages by choosing to go with a lien doctor when the plaintiff was covered by insurance that would not have involved the plaintiff incurring a debt. The defense argument is that “something is not right with the arrangement” or the plaintiff “is not mitigating her damages.”

The best practice is to try to reach a stipulation with opposing counsel regarding the amount of past medicals. This eliminates the issue of the jury hearing how much may have been paid by health insurance as the “collateral source rule” is still the law in California. (Howell v. Hamilton Meats & Provisions, Inc. (2011) 52 Cal.4th 541, 556.)

Assuming opposing counsel will not stipulate to the reasonable and necessary amount of past medical bills, and seeks to bring up the fact that plaintiff treated with one or more providers on a lien basis, the best practice is to seek to keep out said evidence with a motion in limine pursuant to Evidence Code section 352.

The court in its discretion may exclude evidence if its probative value is substantially outweighed by the probability that its admission will (a) necessitate undue consumption of time or (b) create substantial danger of undue prejudice, or confusing the issues, or misleading the jury.

• Substantial Danger of Undue Prejudice — there is a substantial danger of prejudice as the jury may buy into the false and misleading argument that the lien is contingent when it is not.

Whether plaintiff treated on a lien basis is a collateral irrelevant issue. The real issue at trial concerning medical treatment is whether it was reasonable and necessary. CACI 3903A provides:

To recover damages for past medical expenses, plaintiff must prove the reasonable cost of reasonably necessary medical care that he/she has received.

[A] person injured by another’s tortuous conduct is entitled to recover the reasonable value of medical care and services reasonably required and attributable to the tort.

Howell v. Hamilton Meats & Provisions, Inc., supra, is the seminal case on what medicals plaintiff is entitled to present and recover at trial. Howell holds:

• Health Insurance Contract Rate Limit: “[A]n injured plaintiff whose medical expenses are paid through private insurance may recover as economic damages no more than the amounts paid by the plaintiff or his or her insurer for the medical services received or still owing at the time of trial.

• Collateral Source Rule Alive and Well: “[W]e in no way abrogate or modify the collateral source rule as it has been recognized in California; we merely conclude negotiated rate differential – the discount medical providers offer the insurer – is not a benefit provided to the plaintiff in compensation for his or her injuries and therefore does not come within the rule.

Ochoa v. Dorado (2014) 228 Cal.App.4th 120, is the most recent case on Howell related issues. In Ochoa, plaintiffs received treatment including surgery by orthopedist Dr. Michael Schiffman on a lien. Plaintiff identified Dr. Schiffman as a “non-retained” expert and did not do an expert witness declaration regarding expertise and expected testimony. Defendant’s motion in limine to exclude Dr. Schiffman from testifying on reasonableness and necessity of medicals was granted.

• Reaffirms Howell – That plaintiff is entitled to the “lesser of (1) the amount paid or incurred for past medical services and (2) the reasonable value of the services.

• Reaffirms Pacific Gas and Electric Company v. G.W. Thomas Dravage Co. (1968) 69 Cal.2d 33, 42 that “if the charges were paid, the testimony and documents are evidence that the charges were reasonable.

Plaintiff’s counsel should either file a motion in limine or trial brief outlining the inapplicability of the duty to mitigate argument concerning who the plaintiff decides to use for her accident related medical needs.

If you decide defendant is responsible for the original harm, plaintiff is not entitled to recover damages for harm that defendant proves plaintiff could have avoided with reasonable efforts or expenditures.

You should consider the reasonableness of plaintiff’s efforts in light of the circumstances facing her at the time, including her ability to make the efforts or expenditures without undue risk or hardship.

If plaintiff made reasonable efforts to avoid harm, then your award should include reasonable amounts that she spent for this purpose.

[T]he rule of mitigation of damages has no application where its effect would be to require the innocent party to sacrifice and surrender important valuable rights.

[T]he mitigation rule was concerned with a lack of due care after the injury.

Thus, the mitigation of damages rule does not apply when it comes to a choice of doctor, namely to treat with a doctor on a lien.

• The mitigation instruction applies to “lack of care” after an injury.

• Plaintiff is free to choose the best doctor and is not limited to a doctor within network of their health insurance.

• Allowing the defense to argue to the jury that plaintiff’s failure to use health insurance is failure to mitigate damages flies in the face of the collateral source rule, as the only way to prove mitigation under this circumstance is to bring out health insurance which is still inadmissible under the Howell decision.

• Plaintiff has a right to expect the at fault tortfeasor to cover all damages without having to touch plaintiff’s own insurance and face co-pays and deductibles.

If plaintiff loses the motion in limine

How should plaintiff’s counsel handle the medical lien issue at trial assuming the motion in limine is lost:

• Jury Selection − During voir dire when members of the panel state they have been involved in an accident and have made a claim, there will most likely be a potential juror that has treated on a lien. Establish they understood they were responsible for the bill regardless of the outcome, but the lien allowed them to receive necessary treatment and not go out of pocket for an accident that was not their fault. Establish in the minds of the panel that it is commonplace for an accident victim to treat on a lien.

• Bring out on Direct − If the evidence of the medical lien is coming into the evidence, the jury should not hear about it first from defense counsel. That makes it look as if plaintiff is trying to “hide something.” Establish a good basis for the lien doctor, for example, the plaintiff researched shoulder surgeons and wanted to go with best possible shoulder surgeon who happened to be outside their insurance network. If plaintiff had Medi-Cal, Medicare or an HMO, establish that not many of the top doctors accept these forms of coverage.

• Establish plaintiff wanted the tortfeasor to cover the losses and not use their own insurance.

• Establish that plaintiff could not afford the deductibles and co-pays.

Under Medi-Cal and Medicare, plaintiff is typically only able to collect pennies on the dollar for these covered medicals. (Hanif v. Housing Authority, (1988) 200 Cal.App.3d 635; Luttrell v. Island Pacific Supermarkets, Inc., (2013) 215 Cal.App.4th 196.) Counsel may want to consider waiving past medicals covered by Medi-Cal or Medicare, especially if plaintiff needs future surgery. Small past medicals will often anchor the future surgery award as well as pain and suffering damages.

Katiuzhinsky v. Perry (2007) 152 Cal.App.4th 1288, held that where plaintiff signs a lien and a factoring company buys the lien for a lesser amount than the full amount of the debt owed, plaintiff is still responsible for the full bill and the full bill can be admitted into evidence as long as reasonable and necessary. Howell left Katiuzhinsky intact. Ochoa, however, expressly declines to follow Katiuzhinsky, finding that the evidence of the lien invoices was not admissible.

Children’s Hospital Central California v. Blue Cross of California (2014) 226 Cal.App.4th 1260, involves a dispute over the reasonable value of post-stabilization emergency medical services provided by the hospital to Medi-Cal managed care plan holders during a ten month period when there was no contract that covered those beneficiaries. Blue Cross paid $4.2 million for $10.8 million of billed services based on Medi-Cal rates paid by the government. The trial court denied a motion by Blue Cross for discovery on amounts the Hospital typically accepts as payment in full.

The jury awarded the full billed amount. Blue Cross of California appealed and the Court of Appeal reversed and held Blue Cross should have been allowed discovery on amounts usually accepted by the Hospital. This case is fodder for the defense to argue that what a medical provider on a lien typically accepts for their billed lien charges versus what they bill is discoverable. The plaintiff should argue that Children’s Hospital is clearly distinguishable to the personal injury setting as it involves specific statutes which are unique to the relationship between medical service providers and health insurance providers under the Medi-Cal program; that it would take a Herculean effort for a lien doctor to go back over every patient’s file to figure out what was billed and what was paid, and that to do so also involves HIPPA privacy concerns.

[Editor’s note: This essay was originally presented at the CAALA Annual Convention in 2014.] 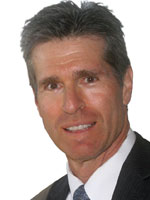 Thomas C. Zaret is a sole practitioner in West Los Angeles. He has been practicing personal injury litigation for 31 years and has tried numerous personal injury cases. He has been profiled in the Los Angeles Daily Journal. He is an AV peer review rated attorney who has been recognized the last six years as one of Southern California’s Super Lawyers. He graduated from Michigan State University with a B.S.in Psychology in 1981 with honors, and he received his J.D. from the University of San Francisco in 1984. He is a frequent speaker on the subject of liens. 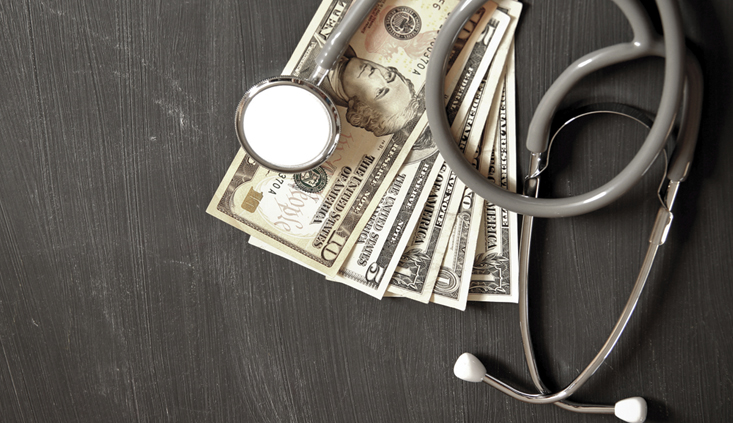