The general rule is California employees are employed at-will

Employers often rely on the at-will presumption in order to attempt to avoid liability for their wrongdoings. Wrongful termination in violation of public policy is an exception to this general rule. “[W]hile an at-will employee may be terminated for no reason, or for an arbitrary or irrational reason, there can be no right to terminate for an unlawful reason or a purpose that contravenes fundamental public policy.” (Gantt v. Sentry Ins. (1992) 1 Cal.4th 1083, 1094.)

Statutory exceptions to the general rule of at-will employment

Some of the most compelling claims we can bring on behalf of employees against their employers are for violation of the state and federal anti-discrimination statutes, including the California Fair Employment and Housing Act (“FEHA”), Title VII of the Civil Rights Act of 1964, the federal Americans with Disabilities Act and its amendments (“ADA”), the federal Age Discrimination in Employment Act (“ADEA”), and the federal Family Medical Leave Act (“FMLA”). Section 1102.5 of the California Labor Code – our state whistleblower statute − provides another strong exception to the at-will doctrine.

The common-law exception to the general rule

An employee can establish a claim of constructive termination in violation of public policy by showing that “the employer either intentionally created or knowingly permitted working conditions that were so intolerable or aggravated at the time of the employee’s resignation that a reasonable employer would realize that a reasonable person in the employee’s position would be compelled to resign.” (Turner v. Anheuser-Busch, Inc. (1994) 7 Cal.4th 1238, 1251.)

In order to establish a wrongful termination in violation of public policy, a plaintiff must show that the employer violated a policy that is (a) enumerated in a constitutional, statutory, or regulatory provision of state or federal law, (b) “public” in the sense that it “inures to the benefit of the public” (rather than an individual interest), (c) well established at the time of the discharge, and (d) substantial and fundamental. (Stevenson v. Superior Ct. (1997) 16 Cal.4th 880, 894; Green v. Ralee Engineering Co. (1998) 19 Cal.4th 66, 79.)

An employee-plaintiff must also show a causal nexus between his or her protected activity and the adverse employment action taken against the employee. (Turner v. Anheuser-Busch, Inc. (1994) Cal.4th at 1258-1259.) Short of having the rare admission by the employer that the termination was because of the plaintiff’s participation in a protected activity, strong evidence to establish a nexus will be a short proximity in time between the protected activity and the adverse employment action. Other circumstantial evidence of retaliatory motive includes shifting reasons for the termination and the employer’s violation of its own policies in its treatment of the plaintiff.

Pre-requisites for a Tameny claim

The plaintiff may only pursue his or her claim of wrongful termination against an employer, not a co-worker or supervisor. (Khajavi v. Feather River Anesthesia Med. Group (2000) 84 Cal.App.4th 32, 53; Cf. Cal. Gov. Code, § 12940(j)(3) [individual supervisors may be held liable for discriminatory harassment]; but see Jones v. Lodge at Torrey Pines Partnership (2008) 42 Cal.4th 1158 (“we conclude that the employer is liable for retaliation under section 12940, subdivision (h), but nonemployer individuals are not personally liable for their role in that retaliation.”].)

Public entities are only liable for their acts and omissions as provided by statute. As a result, public employees cannot pursue a common law claim of wrongful termination in violation of public policy. (Gov. Code, § 815(a); Ross v. S.F. Bay Area Rapid Transit Dist. (2007) 146 Cal.App.4th 1507, 1514.)

In some cases, if the statute on which you intend to base your claim already defines a remedy and procedure for the violation of law established by the statute, then it may not serve as the basis for a Tameny claim. (Dutra v. Mercy Med. Ctr. Mt. Shasta (2012) 209 Cal.App.4th 750, 756, [plaintiff cannot found a Tameny claim on Lab. Code, § 132a because jurisdiction to adjudicate this statutory violation is limited to the WCAB and allowing the claim “would impermissibly give her broader remedies and procedures than that provided by statute”].)

Bases for claims of wrongful termination in violation of public policy

Rojo v. Kliger (1990) 52 Cal.3d 65, 70-71, holds that, “the FEHA does not supplant other state laws, including claims under the common law, relating to employment discrimination; an employee need not exhaust the administrative process under the act before resort to judicial relief for nonstatutory causes of action; and sex discrimination in employment may support a claim of tortious discharge in contravention of public policy.”

Hentzel v. Singer Co. (1982) 138 Cal.App.3d 290, 298, [an employee is wrongfully terminated where he or she is discharged after complaining to the employer about working conditions or practices which the employee reasonably believes to be unsafe].)

Khajavi v. Feather River Anesthesia Med. Group (2000) 84 Cal.App.4th 32, 51-52, [Bus. & Prof. Code, § 2056(c) “expresses a public policy to protect physicians and surgeons from retaliation for advocating medically appropriate health care, [and] a wrongful discharge action can be premised on a termination in violation of this public policy.”])

Gould v. Maryland Sound Industries, Inc. (1995) 31 Cal.App.4th 1137, [employee who complains about failure to pay overtime wages and who was allegedly terminated in order to avoid payment of accrued commissions and vacation pay establishes a claim of wrongful termination in violation of public policy].)

Grant-Burton v. Covenant Care, Inc. (2002) 99 Cal.App.4th 1361, 1366, [Lab. Code, § 232 prohibits discharge of employees for discussing their wages because they had a fundamental right rooted in public policy to discuss with other employees whether they were equitably compensated].).

• Testifying at a hearing

White v. Ultramar (1999) 21 Cal.4th 563, 568, [plaintiff alleged wrongful termination in retaliation for testifying at an unemployment hearing]; see, also, Lab. Code, § 230(b), prohibiting discharge based on an employee’s taking time off to appear in court as a witness.)

Haney v. Aramark Uniform Services, Inc. (2004) 121 Cal.App.4th 623, 629, [“we hold that the public policy of discouraging fraud constitutes a fundamental public policy of California and it is sufficient to support the employee’s wrongful discharge claim.”].)

Jie v. Liang Tai Knitwear Co. (2001) 89 Cal.App.4th 654, 662, [“if defendants fired plaintiffs for complaining to the authorities that defendants were employing undocumented workers in violation of IRCA, such termination would be in violation of a fundamental public policy.].) Note that an employee need not prove that the employer actually violated the statute in question. It will suffice if the employer fired an employee for his or her “reasonably based suspicions” of illegal activity. (Green v. Ralee Engineering Co. (1988) 19 Cal.4th at 87.)

• Section 16600 of the Business and Professions Code

D’sa v. Playhut, Inc. (2000) 85 Cal.App.4th 927, 929, [“We hold an employer cannot lawfully make the signing of an employment agreement, which contains an unenforceable covenant not to compete, a condition of continued employment, even if such agreement contains choice of law or severability provisions which would enable the employer to enforce the other provisions of the employment agreement. We further hold that an employer’s termination of an employee who refuses to sign such an agreement constitutes a wrongful termination in violation of public policy.”])

In situations where an employee has been terminated in violation of a state or federal discrimination statute, for example, one might question why it makes sense to bring a claim of wrongful termination in violation of public policy, as well. There are a few good reasons.

First, in instances where the plaintiff has failed to exhaust his or her administrative remedies in a timely manner, the wrongful termination claim may be the plaintiff’s only remedy.

Third, even if a plaintiff asserts a valid statutory claim, the wrongful termination claim provides a unique basis on which to proceed to trial in case a court dismisses the statutory claim erroneously.

Finally, a plaintiff might allege that he or she has been terminated for a combination of illegal reasons. She can argue that, so long as the jury believes it is more likely than not that the termination was illegal under any of the multiple statutory bases for the wrongful termination claim, plaintiff wins. In this way, a plaintiff can recover in a situation where there is a combination of discriminatory or illegal reasons for the termination, where she might not have recovered on any of her individual statutory claims.

Plaintiffs should plead a wrongful termination cause of action by using the most recent CACI 2430 as a roadmap. Simply insert your facts into the format that CACI provides. When you plead your case with CACI as your guide, it allows you to use your Complaint for Damages throughout the litigation to:

(a) prepare your client for deposition, (b) prepare for opposing party depositions, (c) prepare your discovery requests and responses, (d) organize your facts and law in opposition to motions for summary judgment or adjudication of issues, and (e) prepare your case for trial.

FIFTH CAUSE OF ACTION

[This article was originally presented at CAALA’s 2014 Annual Convention – editor.] 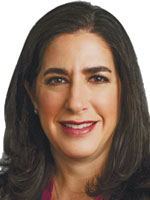 Gail Glick has been practicing law since 1994 and mediating disputes since 2003. She is a founding partner in the Santa Monica employment law firm of Alexander Krakow + Glick LLP. She received her J.D. from Loyola Law School in 1994 and her B.A., cum laude, from Amherst College in 1991. Gail is the Treasurer of LACBA’s Labor and Employment Law Section and is a Vice President on the board of directors of the Disability Rights Legal Center. Gail is also a member of CELA, NELA, CAALA, CAOC, BHBA, and the ABA. She has been named a “Rising Star” or “Super Lawyer” by Super Lawyers Magazine since 2009.