What you must know to go after 911 evidence

At the end of your case, the jury will tell you what they think of that primordial event. Most of what you, as a lawyer, do between when you first hear of the case, and when you tender the case to the jury, will be severely discounted by a jury that is trained, by media and TV, to suspect anything that was contaminated, by yourself, the plaintiff’s lawyer.

Which is why it is always beneficial to go back to the big bang, to the inciting incident, or event that actually caused the harm to your client, long before the suspect hands of lawyers entered the case.

Your top choice, gold-label standard, will always be the contemporaneous video of the event. If you have that video, play it long and hard, and force every witness to either accept what it shows, or paint them as a liar for disputing it.

However, most cases don’t have video. And for those cases that don’t have video, and even for many that do, the very next form of preserved evidence is usually a 911 call.

Here is what we think you should know in order to fully mine the benefits of going after 911 evidence, and exploiting it in your case.

“Buddy Lee” was facing felony vandalism charges. (Hold on! Hold on, contingency mates, this anecdote has value for civil cases). He was on probation for drug sales in another county.

The DA was holding tight for the felony because they arrested our client right near the Grand Avenue overpass and the 101, a block or two from the criminal courts building. Just moments earlier, two individuals were seen tagging the freeway supports right off the 101, and just under the overpass.

Oh, and Buddy had dried paint on his fingertips when arrested.

The case came to us about a year-and-a-half post arrest. The case had dragged on and on, with the DA not budging, but the client not wanting to violate his felony probation. We came into the case, and the DA had that knowing smile indicating his belief that we were going to try to justify our fee by requesting a misdemeanor reduction that he simply would not accommodate.

We request all 911 calls, 911 call logs and CAD logs. The DA shrugs, a little amused, and forwards the order to his discovery unit. They respond via mail a few weeks later. Of course, the 911 calls were long since deleted.

But the call logs? Still there. Garbled, hard to tell what was being reported, but the cell phone numbers were still on the page. We called one witness, and the number changed. We called another, and there was no recollection. We called the third… direct hit! He remembers the incident, and remembers being outraged enough to call the police.

We asked the witness what the two perpetrators looked like, and the response was a couple of white guys; our client was Hispanic. We told him that the reason we needed to know for sure was because our client was an innocent painter, who was arrested a few blocks away, who didn’t know one of the white guys, but that the DA wasn’t willing to let go without two convictions.

The witness was bolstered by his desire to do the right thing, and he ended up confirming the identity of a white perpetrator, with some additional height and weight discrepancies via email.

So, the fun part? We walked back into court, and told the DA that we had a witness that could prove they had arrested the wrong guy. The DA smirked; he smiled. We understood why he would do so at the “new” private attorney who came into the case 18 months after the fact. Was it our client’s grandmother? A girlfriend or some other witness who suddenly came forward?

When we told him it was the eyewitness who called 911, his face dropped − actually, just his mouth. Then he started with the denial. “The 911 tape was erased. You couldn’t possibly”… and then he looked over at what I was holding in my hand: The call logs. We explained, “You remember when we asked for the call logs?” DA is motionless. No response. “Well, if you look here, you see these phone numbers?” DA looks over and then takes the paper. We show him the third caller’s number. We explain that the other two witnesses were busts, but that this guy, remembers seeing a much smaller white guy as the other tagger, and that both taggers where white.

Moral of the story: It ain’t over until it’s over. The call logs themselves can give you access to the otherwise missing, and key witness.

This is the practical guide to getting your hands on the 911 call – evidence that can illustrate the scene of your client’s trauma, impeach a deponent, identify witnesses, and can win a case. It can also slip through your hands − sometimes in as soon as 6 months.

The takeaway: aka, strategic considerations

Additionally, witnesses and other potential witnesses with the non-calling witness are likely to forget vital details as time goes on between their observation and that first call with a lawyer.

You will want to request all call logs or CAD logs in order to make sure that all phone numbers which came in are recorded. The 911 call might not itself have the caller’s information contained therein. In addition, there might be callers who ended up getting disconnected before speaking with 911, such that the only evidence of their call is in the logs, but not the actual recordings.

It bears mentioning that the type of event will strongly impact upon the significance of the 911 call. Incidents involving violence or crime bear a very high index of importance as regards 911 calls because witnesses reporting such incidents often show emotion or excitation in their report, and invariably repeat key details that are stuck in their minds just seconds later. This is invaluable for credibility in front of a jury.

All in all, however, there is simply no reason to ever avoid obtaining evidence from the “big bang” itself. As history has shown repeatedly, we constantly go back to the genesis of an event in order to understand how we got here, and how we should feel about it. Juries do the same.

By providing them that firsthand account, you can establish credibility as the pursuer of justice for an event that they can experience secondhand, un-corrupted by attorneys. This is far superior in terms of maintaining your own credibility than relying upon your own cross examinations in deposition, which the jury will predictably feel was at least somewhat attorney-generated.

Now that strategy has been discussed, please see below for the practical guidelines of how to obtain such needed 911 information.

Step 1: Getting the 911 call and call log in pre-litigation

From the police report find out the city where the collision occurred. Unfortunately, each city has different time limits for how long they keep the audio from 911 calls.

Below is a listing of how to get the 911 calls and logs in the most populated areas where we practice. Use the Public Record Request (cribbed from the listserve/Arash) on page 32 and attach a copy of the police report to make it as easy as possible for the city employee to find your call.

If it looks like your report was filled out by the sheriff, or in a city that has a sheriff’s office (for a list of cities that are served by the sheriff’s office check here: http://sheriff.lacounty.gov/wps/portal/lasd/residents/patrol), then email your public record request letter to: This email address is being protected from spambots. You need JavaScript enabled to view it..

Time Limit for Audio: more than 2 years, but I’ve been told as long as 10 years.

If the CHP responded to the collision, then you email your public record request to: This email address is being protected from spambots. You need JavaScript enabled to view it. with the CHP report.

If the collision occurred in Long Beach, just shoot Wanda an email at This email address is being protected from spambots. You need JavaScript enabled to view it. with the City of Long Beach Public Request form available on their website.

Call (714) 834-4211 and anyone at dispatch will fill out the form for you and they will call you after the request is ready.

Time Limit for Audio: Unknown, they would not tell me despite my repeated calls.

Smaller cities such as Compton, Maywood, South Gate, Lynwood, Hesperia and Pico Rivera have all given me 911 calls after calling either the police department or the city clerk. Simply call the police department or city clerk and ask how you can get the 911 call for a past traffic accident by public record request. They will usually give you an email address or mailing address to send your request to.

About half the time, these entities will redact any identifying information from the call or the call log. If that is the case, then you will have to subpoena the call and the call log. Your subpoena should request the calls, the log and any journal report.

Keep in mind that if you’re subpoenaing the call past the time limits above, the 911 audio will likely be gone. The value of this information might force you to file a lawsuit early on so that you can subpoena the records as soon as possible.

If the 911 call log or audio has the information of a star witness, make sure you have an investigator call the witness to confirm their statement. Make sure your investigator gets multiple phone numbers for that witness. If you are worried that witness may move or become unavailable, subpoena the witness for a videotaped deposition.

California Rules of Court 2.1040 (b)(1) requires a party to provide a transcript of the electronic recording and provide opposing parties a duplicate of the recording. It must be marked for identification and included in file for appeal.

Step 5: Getting the 911 call played at trial

The best way of authenticating the 911 call is to subpoena the custodian of records to identify how the call is recorded, how it is saved and maintained, and to provide the time and date of recording.

Your 911 call can come in through the following hearsay exceptions:

• Evidence Code 1220 Statement of a party

A 911 call from the scene of a collision, like no other piece of evidence, can vividly depict your client’s trauma, it can impeach a deponent, it can identify witnesses, and it can win a case. It can also slip away – sometimes in as soon as 6 months. 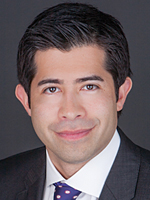 After moving to Los Angeles from Kansas in 2007, Martin Kanarek’s first lawyer job paid $10 an hour. Having no friends in his new city, and even less money, he spent his time reading and then outlining back issues of Advocate that were stacked in the corner of his boss’s office. He claims he owes his legal career in part to this magazine. Martin Kanarek graduated from the University of Kansas undergraduate and received his law school degree from the University of Missouri-Kansas City. He is an associate at Carpenter Zuckerman & Rowley. 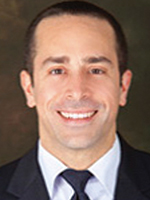 Michael Kopple is of counsel with Carpenter, Zuckerman and Rowley. He is a member of CAALA, a graduate of the Gerry Spence Trial Lawyers College, and has tried over 80 cases to verdict. He primarily tries personal injury and employment cases, has tried a wide range of cases in the past, and even occasionally steps out into a new field when the right opportunity presents. A strong believer in cross-training, the lessons from prior DUI trials, armed robberies, bar fights, wrongful death actions, slip and falls, and even a past military court martial all combine to give him a breadth of experience often resulting in novel ways to litigate and try cases.