You have a client who was injured in an automobile accident by a reckless driver. But you discover that the party who caused the accident is uninsured or underinsured. What are your options for maximizing your client’s recovery? If you determine that the driver who caused the accident was not the owner of the vehicle, you have two important areas to look into. First, you need to explore whether the accident occurred during the at-fault party’s course of employment. If so, the driver’s employer, who most likely would have a higher insurance policy, may be vicariously liable for their employee’s negligent actions.

If the accident did not occur during the liable party’s course of employment, the second area you should explore is whether the owner of the vehicle can be held liable. Even though the owner was not operating the vehicle at the time of the incident, he or she may nevertheless be legally and financially liable for your client’s injuries under a claim of negligent entrustment

Negligent entrustment arises when the owner of the vehicle allows a driver to use a vehicle knowing, or having reason to know, that the use of the vehicle by that driver creates a risk of harm to others. In other words, the law can assign fault to someone who was not driving or even present in the car at the time of the accident. Although this sounds surprising, there are a number of common situations where this can occur. For example, if a parent lends the family car to a minor child knowing that the child is incompetent, reckless or inexperienced, the parent may be liable for damages if the child gets into an accident.

Unlike vicarious liability, where the owner’s conduct is at issue, negligent entrustment is an independent theory of liability against the vehicle owner based on the act of entrustment. (Allen v. Toledo (1980) 109 Cal.App.3d 415, 419-420; Blake v. Moore (1984) 162 Cal.App.3d 700). In order to hold the vehicle owner liable under this theory, you need to apply general negligence principles. In other words, you need to determine whether the owner exercised similar care that would be exercised by an ordinarily prudent person under similar circumstances in entrusting a motor vehicle.

When is a driver incompetent, reckless or unfit?

A vehicle owner can be held liable under a theory of negligent entrustment if he or she lends the car to the following types of people:

• Intoxicated driver. Lending a car to an individual who is under the influence of controlled substances, such as alcohol, is likely to be negligent entrustment.

• Unlicensed and underage driver. Lending a car to a minor not old enough to legally drive can also be negligent entrustment.

• Inexperienced driver. Allowing an inexperienced individual to drive a car unsupervised can also constitute another example of negligent entrustment.

• Previously reckless driver. A vehicle owner may also be held liable for negligent entrustment if they lend their car to someone they know who has a history of reckless driving.

Elements of a theory of negligent entrustment

To hold a vehicle owner liable for damages under a theory of negligent entrustment, the following elements must be proven:

• The owner allowed the vehicle to be operated by the person;

• The person was an unlicensed, reckless or incompetent driver;

• The owner knew or should have known that the person was an unlicensed, reckless or incompetent driver;

• The driver was negligent at the time of the accident; and

• The driver’s negligence caused the accident.

Liablity under the permissive-use statute

A claim may alternatively be made against a vehicle owner under California Vehicle Code section 17150. Under this statute, also known as the “permissive use statute,” if a motor vehicle owner gives express or implied permission to another person to use a vehicle, and that driver wrongfully (negligently or intentionally) causes injury or death to a person or damage to property, the vehicle owner is also vicariously liable. The legislative purpose of the “permissive use statute” is to protect the public from the careless use of vehicles. (Burgess v. Cahill (1945) 26 Cal.2d 320, 323).

However, owner liability under Vehicle Code section has limits. Since liability is not based on the owner’s own culpability, there is a maximum dollar limit of $15,000 per injured person and $30,000 per occurrence even if more than two people are injured, and $5,000 for property damage. (Vehicle Code Section 17151(a)). Furthermore, since the car owner’s liability is not based on comparative fault rules, Proposition 51, which limits the owner’s noneconomic (pain and suffering) damages liability, does not apply under this statutory scheme. (Rashtian v. BRAC-BH, Inc. (1992) 9 Cal.App.4th 1847, 1854.) But to reiterate, this limitation only applies to the vehicle owner. The permissive use statute does not cap or limit the liability amount owed by the vehicle driver.

Determining ownership of the vehicle

Although there is often no dispute regarding ownership of a car, an issue can arise if the vehicle owner claims to have sold or transferred the car before the accident occurred. California Vehicle Code section 5602 addresses what a vehicle owner must do to relieve himself or herself of statutory liability under the “permissive use statute.”

(a) He or she has made proper endorsement and delivery of the certificate ownership as provided in this code.

(2) The appropriate documents and fees for registration of the vehicle to the new owner pursuant to the sale or transfer.

If the transferor wants to prove compliance with subdivision (b) of section 5602, he or she must deliver the vehicle to the transferee, meaning there must be actual change of possession. Attempted delivery is insufficient. (Brennan v. Gordon Ball (1985) 163 Cal.App.3d 832, 837-838.) In Brennan, the court held that the vehicle was not actually delivered because although the transferor gave the transferee the certificate of title in person, he failed to deliver the registration car as required under Vehicle Code section 5602. The transferor’s argument of relief from liability based on substantial compliance was rejected.

For purposes of liability under the permissive use statute, there may be several vehicle owners at one time, even though none of the parties possess all of the normal characteristics of ownership provided under California Vehicle Code section 460. These owners include:

• The transferor of the vehicle (i.e., the registered vehicle owner) who failed to notify the DMV of the transfer as prescribed under Vehicle Code section 5600 et seq.

• The transferee who had possession and control of the vehicle.

In order for you to hold the vehicle owner liable under the “permissive use statute” you need to prove that the driver was driving the vehicle within the scope of the owner’s express or implied “permission.” The plaintiff has the burden of proving that the defendant driver was acting within the owner’s permission. (Taylor v. Roseville Toyota, Inc. (2006) 138 Cal.App.4th 994, 1004-1005.) In Scheff v. Roberts (1950) 35 Cal.2d 10, 12, the California Supreme Court held that “permission cannot be left to speculation or conjecture nor be assumed, but must be affirmatively proved, and the fact of permission is just as important to sustain the imposition of liability as is the fact of ownership.”

Permission may be implied from the surrounding circumstances related to the use of the motor vehicle. For example, relative relationships (such as husband and wife or parent and child) and employer-employee relationships tend to strongly infer implied permission. (Taylor. Roseville (2006) 138 Cal.App.4th 994, 1006-1007). However, permission is far less likely to be implied where the relationship is based solely on contract. (Baker v. Liberty Mutual Insurance Company 143 Fed.3d 1260, 1264-2165 (9th Circuit 1998).)

Under Insurance Code section 11580.1(b)(4), every car insurance policy must include a provision that affording insurance to the named insured with respect to any owned or leased motor vehicle covered by the policy, and to the same extent that insurance is afforded to the named insured, to any other person using the motor vehicle, provided the use is by the named insured or with his or her permission, express or implied, and within the scope of that permission. However, section 11580.1 does not require insurance coverage for the permissive use of non-owned automobiles. (Gilmer v. State Farm Mutual Auto Insurance Co. (2003) 110 Cal.App.4th 416, 423). This section only requires insurance coverage for permissive use of vehicles designated in the policy. (State Farm Mutual Auto Insurance Co. v. MacKenzie (1978) 85 Cal.App.3d 727, 732.)

It is important to verify that the owner of the vehicle had insurance coverage for the vehicle involved in the accident. This verification of insurance is particularly important if the case involves an ineffective transfer of ownership of the vehicle because the vehicle may have been effectively removed from the policy at the request of the transferor. In such a case, the insurer would not be obligated to provide coverage to the owner or to the party driving the car with the owner’s permission.

For example, if you loan your car to your friend who is not excluded on your policy, your car insurance is the primary coverage that would apply if a crash occurred. Your friend’s insurance would act as secondary or excess insurance if the damages exceed your policy limits.

If your client is injured in an accident where the responsible driver is either uninsured or underinsured, it is important that you investigate all possible methods of obtaining the full extent of the compensation for your client. When the at-fault driver is not the owner of the vehicle, you should explore the potential course-and-scope of employment and negligent entrustment theories against the driver. These are preferred avenues of recovery because they have no limits on damages.

If these theories of liability cannot be supported by sufficient facts, you may be able to support a theory based under the California Vehicle Code’s “permissive use statute.” This theory may only provide a limited claim against the vehicle owner, but a limited claim is better than no claim at all. The bottom line is that understanding who may be responsible is the key to maximizing recovery for your client’s injuries in an automobile accident. 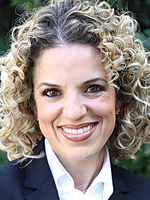 Amy Vahdat is the owner and managing attorney at the Law Offices of Vahdat & Associate in Encino. She litigates all types of negligence cases resulting in serious injuries to the victims. She is a certified mediator and Dispute Resolution Specialist. She founded the Law Offices of Vahdat & Associate as a sole practitioner, gradually developing it into a firm of talented attorneys and staff who represent severely injured individuals. www.sfvlaw.com.