What you need to know about asserting claims for interns, apprentices, trainees, students, and volunteers

Unpaid intern wage lawsuits are springing up in federal and state courts across the country. But, you ask, aren’t they compensated with academic credit or training they need to pursue their careers? Interns, apprentices, trainees, students, and volunteers may be entitled to wages and employee benefits under certain circumstances. Interns and volunteers also have new rights to prosecute discrimination claims in California.

Employer compliance with wage and hour laws concerning students, interns, apprentices, trainees, or volunteers is a hot topic in employment law. One reason for the upsurge of litigation on behalf of these groups is the explosion of industries for which individuals not classified as employees are integral to business operations. For example, unpaid interns who blogged for an Internet-based publisher successfully moved for conditional certification and court-authorized notice in Mark v. Gawker Media LLC, for their work “writing, researching, editing, lodging stories and multimedia content, promoting content on social sites, moderating the comments forum and managing the community of Gawker users.” Id., 2014 WL 4058417 at *1 (S.D.N.Y. Aug. 15, 2014). Entertainment companies are notorious for using unpaid labor. See, e.g., Grant v. Warner Music Grp. Corp., 2014 WL 1918602 at *1 (S.D.N.Y. May 13, 2014) (student “intern” worked unpaid, five days a week from 9:30 a.m. until 8:00 p.m. on routine office tasks, such as answering telephones, making photocopies, making deliveries, preparing coffee, and organizing and cleaning the office). Beware – small law firms are also not immune to unpaid intern lawsuits. See Griffiths v. Parker, 2014 WL 2095205 at *1 (S.D. Fla. May 20, 2014) (partial summary judgment to unpaid worker who performed some secretarial duties for sole practitioner).

An increasing number of courts are recognizing that there is no categorical exemption for persons participating in an internship from the minimum wage and overtime requirements. A common myth in employment law is that students, interns, apprentices, trainees, or volunteers can always be employed as free labor in exchange for credit or training. Courts have debunked this myth recently, however, holding that …if it looks like a duck, swims like a duck, and quacks like a duck, then it probably is a duck (or employee, as the case may be).

Indicators of wage and hour violations regarding unpaid workers

If you are contacted by an intern, student, trainee, apprentice, or volunteer, screen for the following tell-tale signs that they may be due unpaid wages:

Factors to determine if interns, apprentices, trainees, students, and volunteers have wage claims

In Walling v. Portland Terminal (1947) 330 U.S. 148, 151-153, the Supreme Court distinguished training time that is not compensable and employment that is compensable under the FLSA. The Court discussed unpaid non-employee trainees, defined as such because they work for their own advantage on another’s property, to serve only their own interest, aided and instructed by someone else.

(Id. at 1006 (discussing DLSE Opinion Letter April 7, 2010) available online at http://www.dir.ca.gov/dlse/opinions/2010-04-07.pdf). See also U.S. Dep’t of Labor (DOL) Wage and Hour Division Fact Sheet # 71, Internship Programs Under The Fair Labor Standards Act, April 2010 (http://www.dol.gov/whd/regs/compliance/whdfs71.htm); DOL Opinion Letter Fair Labor Standards Act (FLSA), 1996 WL 1031777 (1996). Interns, students, trainees, apprentices, or volunteers should prevail where it is sufficiently pled that their training is largely not for their own benefit, that trainees do not have close observation by licensed professionals or instructors, and that the employer derives significant, immediate advantage from the activities of the trainees.

Courts split on the correct application of the Portland Terminal factors. While Portland Terminal and the DOL seem to require that all of the six factors apply, some courts instead look to the “totality of the circumstances,” balancing the Portland Terminal factors to determine holistically if the employer derives the greater benefit from the relationship with the trainee. (See, e.g., Solis v. Laurelbrook Sanitarium & Sch., Inc.(6th Cir. 2011) 642 F.3d 518, 527 (vocational program where student was the primary beneficiary of work performed did not create an employer/employee relationship); Reich v. Parker Fire Protection District (10th Cir. 1993) 992 F.2d 1023, 1026 (firefighter trainees were not “employees” within meaning of the FLSA based on totality of circumstances; “determination should not turn on the presence or absence of one factor in the Portland Terminal equation”); Hallisey v. America Online, Inc., 2006 U.S. Dist. LEXIS 12964 (S.D.N.Y. 2006) (AOL derived a “direct and substantial economic benefit” from the volunteers’ labor, so volunteers should be compensated).

Some courts outright reject this “primary beneficiary” simplification. (See, e.g., Glatt v. Fox Searchlight Pictures, Inc. (S.D.N.Y. 2013) 293 F.R.D. 516, 532 (the “primary beneficiary” test has no support in Portland Terminal; “a ‘primary beneficiary’ test is subjective and unpredictable;” the Supreme Court only “created a narrow exception to an expansive definition” of employee). In the Glatt case, the unpaid interns received some benefits from their internships, including an understanding of how a production office works, but those benefits were incidental to working in the office like any other employee. A training program must provide something beyond on-the-job training to qualify as a bona fide program exempt from wage requirements.

The Harris case suggests that, in the 9th Circuit, businesses using interns, students, trainees, apprentices, or volunteers will only be exempt from paying wages if they meet all six Portland Terminal factors, and do not meet an “economic realities” test for employment. (Harris, 753 F. Supp. 2d. at 1006.)

Interns, students, trainees, apprentices, or volunteers should also argue that entities which profit or gain competitive advantage using unpaid labor engage in unfair competition, under Business & Professions Code section 17200 and otherwise. The payment of substandard or no wages unlawfully gives employers deriving income from trainee services an advantage over their competitors. (Tony & Susan Alamo Foundation v. Sec’y of Labor (1985) 471 U.S. 290, 299. “Employers should not derive direct and substantial benefits from their trainees’ work without having to pay for it.”) (Hallisey, 2006 U.S. Dist. LEXIS 12964 at *21-22.)

Moreover, free labor is bad for the workforce generally – beyond just the unpaid workers. Where interns, students, trainees, apprentices, or volunteers provide the bulk of the labor for the employer, or where a limited number of paid employees oversee the labor of large groups of interns, the unpaid workers likely displace paid positions. (See, e.g., id. at *29.) If the employer could not operate its business as needed even without the contribution of the unpaid workers, then they are likely not exempt.

For example, in Solis, the court found that the employer was sufficiently staffed such that if the students did not perform work, the staff members could continue to provide the same services there without interruption. (Id., 642 F.3d at 530-531.) On the other hand, if a business would have to hire additional employees or pay existing employees but for the tasks performed by the free laborers, then the business should be paying wages. In Marshall v. Baptist Hosp., Inc. (M.D.Tenn. 1979) 473 F.Supp. 465 (M.D.Tenn. 1979), rev’d on other grounds, 668 F.2d 234, 236 (6th Cir. 1981), the students in an X-ray technician vocational program were employees because they performed the same tasks for paying customers repeatedly (well after they had learned how to perform them), and regular employees were displaced by the use of the trainees.

The Legislature has taken note that unpaid work is an increasingly common phenomenon among both young people seeking to enter the workforce and others compelled to change fields as the result of economic conditions. In September 2014, California State Assembly member Nancy Skinner’s Assembly Bill 1443 became new law aimed at eliminating harassment of unpaid workers. Effective January 2015, the California’s Fair Employment Housing Act (FEHA), Government Code section 12940 definition of protected groups includes interns, volunteers, and apprentices. FEHA now expressly prohibits an employer from engaging in unlawful discrimination against any person in the selection, termination, or training of interns, volunteers and apprentices, and outlaws unlawful harassment of an unpaid intern or volunteer. The bill goes beyond inclusion of apprentices, interns, and volunteers with a catch-all phrase for a person in another “limited duration program to provide unpaid work experience for that person.” 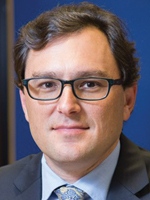 Bryan Schwartz has an Oakland-based firm representing workers in class, collective, and individual actions in wage/hour, discrimination, whistleblower, and unique federal and public employee claims. He practices in state and federal trial and appeals courts, in arbitration, and before a variety of administrative agencies. Schwartz has been elected to chair the State Bar of California’s Labor & Employment Law Section, is an Executive Board member for the California Employment Lawyers Association (CELA), and is on the Board of Directors of the Legal Aid Society – Employment Law Center. He is President of FAIR (www.fair-foundation.org), an organization dedicated to providing fellowships to enter plaintiffs’ employment law for diverse new lawyers and law students. Schwartz is an amicus writer for CELA, having authored or co-authored the organization’s Supreme Court briefs in Brinker, Kirby, and Duran. Bryan@BryanSchwartzLaw.com. 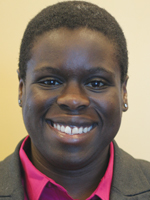 Adetunji Olude is an associate at Bryan Schwartz Law. Adetunji advises and represents employees in wrongful termination, related tort claims, employment discrimination, whistleblower retaliation, and wage and hour disputes. She has handled cases on behalf of individuals, and class actions, in state and federal courts. Her litigation practice also involves representing employees in administrative agencies, including the Department of Fair Employment and Housing, the Equal Employment Opportunity Commission, Occupational Safety and Health Administration, and the Division of Labor Standards Enforcement. Adetunji is a Public Interest Law Scholar graduate of Georgetown University Law Center. 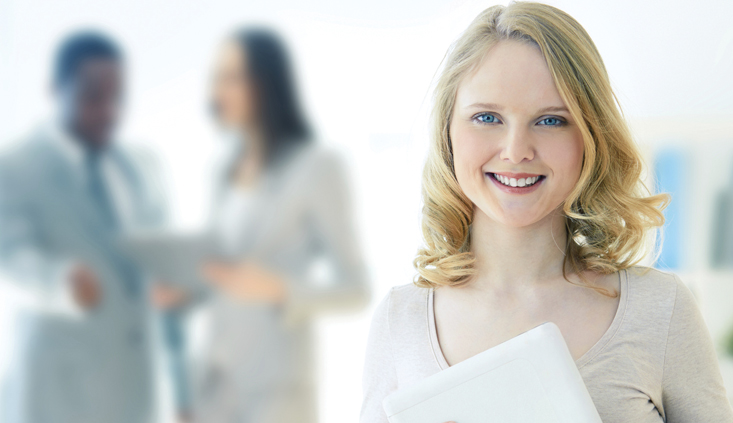