(1.) “Consent” and comparative fault of the plaintiff

The “typical” child sexual abuse civil case does not involve force, violence, or threats. The majority of these cases involve a situation wherein the plaintiff (victim) is groomed by the perpetrator. The perpetrator gains the trust of and access to the plaintiff through the grooming or conditioning process and the plaintiff is then manipulated and coerced into a “voluntary” sexual relationship with the perpetrator.

Of course, there is nothing “voluntary” about the “relationship.” The adult perpetrator has manipulated and exploited the minor to believe the relationship is somehow acceptable or that the minor has no choice but to go along with it. Despite the grooming and conditioning of the plaintiff by the perpetrator, the defense will still argue “there was no force, so it must be consensual.”

Comparative fault and consent evidence at trial can be damaging to your ability to win your case as well as emotionally damaging to the plaintiff and his or her family.

A motion in limine preventing the defense from making comparative fault and consent arguments is the best offense to keep these issues from surfacing at trial. However, depending on the facts of the case and the age of the plaintiff, keeping this evidence out can be tricky. You will need to tailor your motion in limine differently depending on the facts of your case.

Sexual abuse of a minor:

A major conflict within California criminal and civil law exists related to the ability of a minor to consent to sex with an adult.

The Washington Supreme Court addressed the exact issue of minor consent head-on in its 2005 ruling in Christensen v. Royal Sch. Dist. No. 160. The Christensen case involved a civil suit for negligent hiring and supervision brought by a 13-year-old plaintiff who was sexually abused by her 26-year-old teacher. The defense asserted an affirmative defense of plaintiff’s comparative fault for voluntarily participating in the sexual relationship. The trial court certified the question of whether comparative fault could be assessed against a 13-year-old sexual abuse victim to the Washington Supreme Court.

The Washington Supreme Court held that a minor could not be comparatively at fault in this situation because:
(1) a minor “lacks the capacity to consent to the sexual abuse”; (2) a minor has no duty to protect himself or herself from sexual abuse; and (3) allowing such defense would “frustrate the overarching goals of prevention and deterrence of child sexual abuse.” (Christensen v. Royal Sch. Dist. No. 160, at 288.)

(2.) Sexual history of the plaintiff

While most discovery procedures are available as a matter of right, in a sexual abuse, assault, or harassment case, a court order is required prior to attempting to conduct discovery into the plaintiff’s sexual conduct with individuals other than the alleged perpetrator of the abuse. (Code Civ. Proc., § 2017.220.)

Section 2017.220 is a powerful tool to protect the plaintiff from harassing and embarrassing questions regarding his or her sexual history.

Section 2017.220 requires the party seeking sexual history information to first obtain a court order by demonstrating the extraordinary circumstances justifying such discovery including: (1) specific facts showing good cause for such discovery; and (2) that the information sought is relevant to the subject matter of the action. A heightened standard of “relevancy” is also required. (See Mendez v. Superior Court (1988) 206 Cal.App.3d 557, 578 [refusing to allow discovery into a plaintiff’s sex life where defendant’s claim of “relevance” appeared speculative and remote].)

In many cases, the defense will argue that the need for the plaintiff’s sexual history is related to causation of emotional distress damages and the need to determine what, if any, sexual traumas existed prior to the subject incident.

But bare causation arguments are insufficient to overcome the requirements of Section 2017.220. (Barrenda L. v. Superior Court (1998) 65 Cal.App.4th 794 [“The mere fact that a plaintiff has initiated an action seeking damages for extreme mental and emotional distress arising out of conduct of a sexual nature does not ipso facto provide ‘good cause’ for discovery of other sexual conduct.”])

Knoettgen v. Superior Court explained the legislative intent behind Section 2017.220: “The discovery of sexual aspects of complainant’s lives . . . has the clear potential to discourage complaints and to annoy and harass litigants. That annoyance and discomfort, as a result of defendants’ . . . inquiries, is unnecessary and deplorable.” (Knoettgen v. Superior Court (1990) 224 Cal.App.3d 11, 13.)

The plaintiff in Knoettgen brought a sexual harassment action against her employer. At her deposition, plaintiff refused to answer questions regarding prior incidents of sexual assaults she experienced as a child. The Court of Appeal held that plaintiff did not have to answer such questions. “The discovery the employer demands in this action is precisely that which the Legislature has declared offensive, harassing, intimidating, unnecessary, unjustifiable, and deplorable. A case based on the conduct of the plaintiff’s coworkers should not be turned into an investigation of plaintiff’s childhood.”

The use of evidence of a plaintiff’s sexual behavior is more often harassing and intimidating than genuinely probative, and the potential for prejudice outweighs whatever probative value that evidence may have. Absent extraordinary circumstances, inquiry into those areas should not be permitted, either in discovery or at trial.

In fact, special evidentiary rules have been enacted to protect against the improper use of sexual history evidence.

First, Cal. Evidence Code section 1106 prohibits the use by the defendant of opinion evidence, reputation evidence, and evidence of specific instances of plaintiff’s sexual conduct in order to prove consent by the plaintiff or the
absence of injury to the plaintiff.

Second, Cal. Evidence Code section 783 prohibits a defendant from attacking the credibility of the plaintiff with evidence of the plaintiff’s sexual conduct unless and until certain stringent measures are fulfilled. (See Venus B. v. Venus A. (1990) 222 Cal.App.3d 931, 937 [affirming the trial court’s decision to foreclose the defendant from inquiry into a child’s sexual history for purposes of attacking the child’s credibility − “[Defendant] failed to demonstrate the type of ‘extraordinary circumstances’ in which inquiry into the minor’s sexual behavior might be permitted.”])

Plaintiff’s therapy records can be both helpful and harmful to your sexual abuse case. Many times, the records expose irrelevant and harmful personal information as well as sexual history information protected by Code of Civil Procedure section 2017.220.

Alleging emotional distress does not automatically waive the therapist/patient privilege.

This privilege extends beyond the therapist/patient relationship and includes communication with persons who are present to further the patient’s interest in the consultation or those to whom disclosure is reasonably necessary to accomplish the purpose for which the therapist was consulted. (Evid. Code, § 1012.) This includes communications between the therapist and the patient’s friends and family and statements made in group therapy settings. (Grosslight v. Superior Court (1977) 72 Cal.App.3d 502, 507.)

Defendants often propose a protective order as the solution for obtaining your plaintiff’s records while “protecting” his or her privacy rights. However, a protective order will not ensure that the ongoing therapist/patient relationship is not compromised.

Because therapy depends on an ongoing confidential relationship between therapist and patient, disclosure of therapy records can irreparably interrupt the therapist/patient relationship by causing the patient to disengage from the therapeutic process for fear that the records will be exposed in litigation. “Psychoanalysis and psychotherapy are dependent upon the fullest revelation of the most intimate and embarrassing details of the patient’s life…Unless a patient…is assured that such information can and will be held in utmost confidence, he will be reluctant to make the full disclosure upon which diagnosis and treatment or complete and accurate research depends.” (Ibid.)

In many sexual abuse cases, the perpetrator of the abuse will face criminal charges related to his or her abuse of your plaintiff. This criminal case will be the foundation of your civil case. The physical evidence gathered by law enforcement and the statements made by witnesses will guide your discovery. Not surprisingly, witnesses are far more forthcoming with information when speaking with a detective than they are at your conference table during a civil deposition.

At the conclusion of the criminal case, subpoena the complete law enforcement file and district attorney file.

Include the names of the investigating officers as “non-retained” expert witnesses. At trial they can testify regarding their expertise in investigating sexual abuse and assault cases and can explain to the jury the unique issues that arise in these types of cases.

If the perpetrator is criminally charged and a plea or conviction is reached, you may be able to use that plea or conviction as evidence in your civil case. How you will use it depends on the facts and circumstances of the conviction or plea as outlined below:

A criminal conviction is admissible in a subsequent civil trial and may be used to the extent the elements of the crime establish civil liability. The conviction may be conclusive in the civil case under certain circumstances. (See Cal. Evid. Code, § 1300; Teitelbaum Furs, Inc. v. Dominion Ins. Co., (1962) 58 Cal.2d 601, 607.)

A guilty plea is admissible into evidence in a civil case as an admission even if a misdemeanor sentence is ultimately imposed. The guilty plea is treated as a piece of evidence and is not conclusive. (Evid. Code, § 1300.)

A “no contest” plea to a crime punishable as a felony has the same effect as a guilty plea even if it is punished as a misdemeanor. No-contest pleas are admissible but not conclusive. (Ibid.)

If the perpetrator is being criminally prosecuted or appealing a criminal conviction during your civil case, he or she will be afforded the right to assert the Fifth Amendment privilege against self-incrimination in the civil case. Asserting this privilege allows the perpetrator to refuse to answer written discovery and deposition questions.

“The self-incrimination privilege has been extended to civil trials…[h]owever, the courts have never allowed a plaintiff to use…the self-incrimination privilege as a ‘shield and as a sword.’” (Dwyer v. Crocker Nat’l Bank (1987) 194 Cal.App.3d 1418, 1432.) The court may impose sanctions against a perpetrator who invokes the Fifth Amendment in a civil suit, including to preclude the perpetrator from introducing evidence at trial related to the questions he or she refused to answer. (Id. at 1431.)

(7.) Prior sexual assault of the perpetrator/defendant (Evidence Code section 1101)

Prior sexual assault by the perpetrator/defendant is not admissible to prove predisposition to commit assault. However, it is admissible under Evidence Code section1101 to show motive, opportunity, intent, absence of mistake, and to combat consent arguments.

Sexual abusers generally have a specific modus operandi by which they abuse their victims. Under this section, any prior or contemporaneous sexual abuse (up to and until the date of trial) should be admissible to prove: “…some fact (such as motive, opportunity, intent, preparation, plan, knowledge, identity, absence of mistake or accident, or whether a defendant in a prosecution for an unlawful sexual act or attempted unlawful sexual act did not reasonably and in good faith believe that the victim consented)...” (Cal. Evid. Code, § 1101.)

David M. Ring is a partner with Taylor & Ring, where he specializes in plaintiffs’ personal injury and wrongful death cases. He also specializes in representing victims of crime, particularly victims of sexual abuse, assault or harassment, in civil cases and has obtained many precedent-setting verdicts and settlements in that area of law. He was named Personal Injury Lawyer of the Year (2015) by California Lawyer. The Daily Journal selected him as one of the Top 25 Plaintiff Lawyers in California (2015). 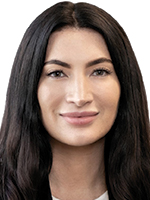