Implicit bias in decision-making and mediation

In September 2014, the Honorable Jeremy Fogel, a United States District Judge and Director of the Federal Judicial Center (FJC), the federal judicial research and education arm, presented a training session entitled Implicit Bias to panel mediators and judges of the U.S. District Court for the Central District of California. The Central District offers advanced mediation training to members of the Court’s Mediation Panel in appreciation for their work and to enhance the quality of their services.

The Mediation Panel is composed of over 220 experienced attorney-mediators who are appointed by the Court. Panel mediators meet strict qualification standards, including at least ten years’ legal practice experience and substantial experience with or knowledge of civil litigation in federal court. They volunteer their preparation time and the first three hours of the mediation session. Attorneys should be aware of this Court resource – and take advantage of the services offered by the panel.

“Social cognition” – the way we process social information – can lead us to different conclusions. Our life experiences shape the way we see other people. Even though all decision-makers presumably want to arrive at an outcome that is legally correct and fair to all parties, different points of reference can lead to different decisions.

What is implicit bias?

After a short lecture, Judge Fogel asked the audience to complete several short exercises, which demonstrated how real – and how unconscious – the influence of our life experiences and culture can be on our decision-making. Members of the audience were asked to step into a judge’s role and decide whether to allow a debtor in Chapter 13 bankruptcy to pay private school tuition for the debtor’s child. The question was whether private school tuition was “reasonably necessary” for the maintenance or support of a dependent of a debtor. (11 U.S.C. § 1325(b)(2)(A)(i).)

In the first scenario, the debtor worked for minimum wage and was a single father. A year before, the debtor had lost his wife; she was the victim of a random shooting. The family was Baptist. The debtor’s 15-year-old daughter was a sophomore at a Jesuit parochial school with a high graduation rate. The local public school had a poor graduation rate – and a history of violence on campus.

Members of the audience volunteered their opinions as to whether they found private tuition for the daughter “reasonably necessary.” Judge Fogel inquired about the basis of these decisions. Some audience members decided against the tuition, seeming to take the attitude that life is hard and a debt is a debt. Others argued that the investment in tuition would produce a better return to society than paying off the creditors quickly. Moreover, this latter school of thought argued, it was not the daughter’s fault the father went into bankruptcy; it would not be fair to deny the daughter a good education.

Judge Fogel then modified the scenario several times: he changed the age and name of the child; the safety, class size, or graduation rate of the local public school; and the race or religion of the family. He also changed the gender and employment of the surviving parent, and the cause of death of the deceased parent. With each new scenario, Judge Fogel asked the audience: Was private school tuition “reasonably necessary” for the maintenance or support of the debtor’s child?

The law remained the same, but the sympathies of the audience shifted with the altered facts. When the child lived in a violent neighborhood, or when the child was raised by a single mother, sympathies changed in favor of allowing private school tuition. Judge Fogel shared that, in other discussions, the number of those who favored allowing tuition payments increased when it was revealed the child’s father was a police officer killed in the line of duty.

Judge Fogel suggested that we don’t always know what makes us reach a certain decision: What is “reasonable” to us is influenced by our life experiences, views, and pre-dispositions. The varied reactions of the audience to the changing scenarios underscored the importance of social cognition to decision-making.

As readers of Advocate Magazine know, social cognition plays an important role in jury trials. Trial lawyers strive to make their client and case “relatable” to a jury – for if the jury relates to a party, they will work harder to find in his or her favor.

In 360 B.C., Plato described the same concept in Book VII of the Republic. He wrote the Allegory of the Cave as a dialogue between Plato’s brother, Glaucon, and Socrates to show the nature of an education and the lack thereof. Socrates described a group of men, prisoners, living in a cave. Their legs and necks have been chained since childhood so they have always remained in the same place looking forward towards a blank wall, and unable to turn their heads.

Reality, for these prisoners, was what they heard and saw before them: the shadows. Socrates describes how painful it would be for one of these prisoners to be freed: If allowed above ground to see the sunlight, the sun would be blinding. To see real people and other objects would, at first, be shocking, for it would all be new.

But to return to the cave would also be painful; the darkness, once comfortable, would now be as blinding as the sun was just a day or two before. And the other prisoners, upon seeing the returnee’s discomfort as he tried to see in the dark, might immediately conclude that life outside the cave was dangerous – and to be avoided at all costs.

Like the prisoners, we all project a reality through the lens of our experience. This lens enables our brains to organize the information we receive; none of us is purely objective. If we become aware there is another way to view the same information, our interpretation of that information might change radically as a result. But if we are not aware that our view of reality is through a lens, and don’t consider the nature of that lens, our view is limited, like that of the prisoner.

Judge Fogel distributed a factual scenario similar to a case once before him, and asked the audience to circle any words that revealed potential sources of implicit bias. As members discussed their individual findings and compared them with the opinions of others, members of the audience seemed to become more aware of what they actually knew, what they thought they knew, and what assumptions they made about the case without a factual basis. The room was full of intelligent people – and the variations in lenses became increasingly apparent.

Judge Fogel emphasized that none of us is a pure receptor of the facts. We can feel passionate about an issue without knowing what is making us feel that way. Thus the more we know what is in our lens, and what our blinders are, the better our fact-finding will be.

Why does this matter in mediation?

But, when a mediator is process-oriented and takes the time throughout the session to explore possible miscommunications and unexplored issues, the chances are better that the parties will see “more than the shadows on the wall” – and conclude with an agreement that each wants and understands.

One of the Panel Mediators asked, “Whose mediation is it – the parties’, the mediator’s or the judge’s?” Judge Fogel quickly confirmed that a mediation belongs to the parties, but observed how the litigation culture has infiltrated mediation, making it less “alternative” and more “litigation light” than it was two decades ago. Mediation began as a process that followed whatever path was necessary to get the parties to “yes;” today’s mediations all too often provide a forum for attempting to score points at the other party’s expense.

In closing, Judge Fogel suggested that mediators create a space in their minds to consider what they do not know: to slow down their thinking and question whether they are making a cultural assumption and need to look at the questions more carefully. He referenced Daniel Kahneman’s book, Thinking, Fast and Slow. The author describes fast thinking as intuitive; slow thinking requires a more questioning approach.

Judge Fogel encouraged the audience of attorney-mediators to do whatever they need to do to obtain mental clarity – to take care of themselves by paying attention to exercise, possibly meditating, being well-rested, and eating healthily. In making this point, he alluded to a study of parole outcomes that showed that judges were more likely to grant parole just after they had eaten – early in the morning and after lunch!

He stressed that curiosity is a great virtue in the work of a mediator and a judge. The desire to ask questions and wonder about things is important. Assume nothing: an open mind can take one where one never expected to go. To use the Buddhist phrase, a “beginner’s mind” is valuable in facing a new dispute. Remember that for each case, this is the first and only time you have had these particular parties in this particular dispute before you. Anything is possible.

The elephant in the room

The presentation on Implicit Bias shed light on the decision-making process of each mediation participant. One panelist said he was persuaded by the presentation to look not just at the legal question, but to consider the human component of every dispute – including the unique background and perspective of each individual involved.

Another wrote that the presentation was “a timely reminder that the persons interacting with the justice system come to the process with deep-seated views, of which they are not always even conscious, which color their views on the facts and their decision making.”

The presentation instructed the audience of panel mediators to consider how the views of each mediation participant may be affected by their biases. Equally, if not more, important, the presentation encouraged the audience to see the previously unseen elephant in the room: the lens through which we, as mediators, view the dispute.

This sophisticated insight was well received by the experienced and thoughtful attorney-mediators on the Central District’s Mediation Panel, as it no doubt will be by participants in their future mediations. 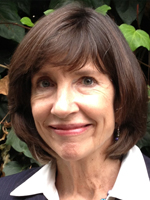 Gail Killefer is the ADR Program Director for the U.S. District Court, Central District of California. Before joining the Court in August 2010, she had a private law and mediation practice in San Francisco. She served as an Assistant United States Attorney in San Francisco from 1989 to 2001. Before 1989, she served as a Trial Attorney with the U.S. Department of Justice, Torts Branch, in Washington, D.C., and as a law clerk to the Honorable Barrington D. Parker. She received a B.A. from Stanford University and a J.D. from Vermont Law School.