The real civil peacemakers of 90012

You are a civil lawyer surrounded by stacks of briefs and deposition transcripts. You have back-to-back hearings and trials awaiting you. You see no end to this punishing schedule. How can you get relief?

One way is to consider using the Mandatory Settlement Conference (MSC) program in the Mosk Courthouse. Over the past few years, the judges in this program have successfully settled the majority of cases referred to them, often achieving a more than 75 percent settlement rate. They have saved months of trial time and motion practice in a wide variety of cases, including mass tort, employment, business, real estate, and traumatic injury cases.

Who are these peacemakers? They are Judges Bendix, Dunn, Ferns, Khan, and Sinanian; and on a part-time basis, Judge Winikow. Collectively, they have almost 100 years in judicial experience. Their professional backgrounds span private and public civil practice, public interest law, criminal prosecution and defense work, academia, and corporate governance. In short, they have been around.

General jurisdiction cases with represented parties from independent calendar (IC) courts and Central Civil West (CCW) qualify for referral to the Mosk judicial MSC program. If an MSC judge is available, the master calendar personal injury courts can refer to the program personal injury cases that are close to trial. Judges Bendix, Dunn and Sinanian handle MSC’s in asbestos cases from CCW as well.

It is easy to access the judicial MSC program. Either the court can order the parties to participate in the program, or the parties may do so voluntarily as long as all parties agree to participate in the MSC. Either way, the parties merely have to fill out the intake form that is available in Department 18, several of the IC and CCW courts, and on the court’s Website (www.lacourt.org). To obtain a copy of the form and information about the judicial MSC program on the Web, access the latter Web address, then select “civil” under the “Divisions” tab. The civil division site contains a tab for Settlement Programs on the left side of the webpage. A link to the intake form, as well as other information about the program, appears in this part of the Website.

The parties may bring the completed form to Department 18, or they may send it by email to This email address is being protected from spambots. You need JavaScript enabled to view it.. If the parties have a preference for a particular MSC judge, they should so indicate on the intake form. It is rare for a preference not to be honored.

How to maximize chance of settlement

As in many things, proper timing of the MSC helps. Sometimes, the parties want to try to settle early on, for example where there is a fee-shifting statute or contract. Some parties do not want to engage in settlement discussions before their summary-judgment motions are heard. Sometimes, a modicum of discovery is needed so that counsel can better advise their clients on settlement values. These are topics that counsel might consider raising at the case management conference. This being said, the MSC program is nimble. MSC judges try to be available for relatively last-minute requests, including referrals close to trial. Just note that this timing is not ideal because the decision makers often are not available to participate in an MSC upon such short notice.

To maximize the chance of settlement it is important to bring the real decision makers to the MSC. While on occasion MSC judges have permitted an insurance carrier or party to appear by telephone, the absence of that decision maker can hinder settlement, and generally has necessitated multiple MSC sessions.

The joys of peacemaking

Being an MSC judge is enormously satisfying. It is intellectually interesting because one has to be conversant with the wide gamut of legal issues that characterizes cases in the Los Angeles Superior Court. On one day, one has to be familiar with insurance coverage law involving environmental contamination, while on the next, one has to plough through a complicated real estate lease, or be able to opine on the chances of a class action being certified.

The real satisfaction, however, comes from the peacemaking of settlement. It is amazing what settles a case. Sometimes, it is a fact or issue that would never have come out at trial or in deciding a summary judgment motion.

I remember one MSC that lasted 12 hours. It involved a failed real estate partnership that had been established generations earlier by two friends. Their heirs were fighting over properties worth tens of millions of dollars; they were accusing each other of fraud and breach of fiduciary duty, among other equally serious breaches of the law. The breakthrough came when I realized that while ostensibly, the suit was about money, in fact, the fight was grounded in the circumstance that one side had grandchildren and the other did not. Thus, for the side with no heirs, its foundation, which would have been the repository of any monetary recovery, was “its grandchild.” When I asked the matriarch of the side with grandchildren whether she thought this discrepancy in productivity was motivating the litigation, she agreed and convinced her husband literally, to put down his dukes. It was quite a night, but the case settled two hours later.

Similarly, in an asbestos wrongful-death case with 15 defendants, the widow was literally wasting away in front of me with her grief and the stress of trial. When I was able to settle that case, I saw years lift from her face; she started eating again. She sends me a lovely card every year, and honored me by observing that she found joy in the fact that my first grandchild was born on her husband’s birthday. Her cards are among my treasured mementos. 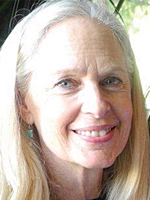 Judge Helen I. Bendix is supervising judge of the Los Angeles Superior Court settlement courts and presides over a settlement court in Department 18 in the Stanley Mosk Courthouse. She is immediate past Chair of the LASC’s ADR Committee. Prior to her judicial appointment in 1997, she was Senior VP and General Counsel of KCET, and a partner in the Los Angeles office of Heller Ehrman White & McAuliffe. She also practiced law in Washington, D.C. before moving to Los Angeles. Judge Bendix has authored articles and treatises on federal practice and procedure, ADR, and international law, and has taught at the Pepperdine, UCLA and American University Law Schools. She is a member of the Judicial Council’s Civil and Small Claims Committee where she chairs the ADR Subcommittee, the American Law Institute, and the Chancery Club.