Focus groups: Five benefits that can make a real difference at trial

A focus group is not a mock trial, and mock jurors should not be forced to see a case your way

To do or not to do a focus group/ mock trial? A tricky question indeed, because although the answer might be an automatic “Well, of course – better to know how jurors will decide the case before rather than during/after the trial,” the obvious retort is that a focus group/ mock trial cannot, even under the best circumstances, replicate the conditions of trial, so why bother?

But that is to misunderstand the purpose of focus groups, which should never be approached as a mini-version of the trial. The term is “focus group” and not “mock trial,” which can be misleading. You cannot reproduce the dynamics of opposing counsel, their client, experts, co-counsel and witnesses. For that matter, you cannot begin to gauge the judge’s impact on jurors, on your witnesses, on your and defense counsel’s personalities, much less accurately predict the judge’s rulings.

Let us be very clear about this: a focus group is not a mini-trial. You cannot present the issues, witnesses and evidence as you would during trial in a focus group setting. If you look to a focus group to predict a trial’s ultimate verdict and damages, you are likely to be sorely disappointed. If it were possible to forecast the outcome of a trial in this manner, our trial system would be replaced in a minute with this much more economical means of resolving cases.

So what are the benefits of a focus group? We look at five of them here.

Understand the case from your jurors’ point of view

When you recruit properly for a focus group, you end up with a group of individuals demographically representative of your eventual panel. That is the goal: your recruitment efforts must accurately reflect the ethnicities, ages, genders, marital status, number of children, types of work, political mix, schooling, religious preferences and income ranges of what will be your panel. You can never hope to mirror the personalities of your eventual jurors, which makes accurate recruitment across the available demographics all the more critical.

When recruited properly, your mock jurors will have a similar worldview as your panel because their life experiences will be sourced from many of the same familial, workplace and cultural backgrounds. A jury made up of folks from San Francisco will not have the same worldview as those from Las Vegas or Houston. This is obvious, but what may be less obvious is what that worldview is. Odds are, you are not privy to it. Because of what you do every day, the colleagues you interact with, and the friends you have cultivated, even the television shows you watch and books/blogs/articles you read, you live in a different world.

When you present the case, from both your and defense’s perspective, you reap the enormous benefit of finding out what the mock jurors, who inhabit that different world from yours, think of each side; how they weigh the testimony and evidence, what they think of your arguments.

For example, you may think that your client’s ongoing pain and suffering is the primary issue, whereas the mock jurors may obsess over a particular aspect of liability. Jurors almost always want to recreate the events for themselves; the sympathy plea has long gone the way of black-and-white television sets, rotary dials and other anachronisms. Jurors have been raised on a multitude of reality and “CSI”-type shows that have made them want to see and figure out for themselves what happened before they are willing to assess damages.

A focus group will tell you which aspect of liability is most troubling to the jurors, what is in the way of their full-hearted adoption of your assessment of your client’s pain and suffering. When properly debriefed during deliberations, those same mock jurors will also tell you what would convince them, the type of information or graphics or additional testimony to be persuaded of defense’s wrongdoing.

If you present whatever visuals you intend to show at trial to your mock jurors, you will again have the advantage of their point of view. A video representation of the plaintiff’s difficulties or treatment, for example, may be considered overwrought, too lengthy, or on the contrary − insufficient/inadequate – to your mock jurors. Frequently, mock jurors will have very different opinions on the effectiveness of color choices, how diagrams are laid out, timelines represented, than the professionals who labored over them.

So too, if you use PowerPoint. Ask the mock jurors if the PowerPoint was effective. Mock jurors will readily tell you if you used too many slides, too few, if they were cluttered or hard to read/understand.

Not all witnesses are created equal. Some are naturally juror-sympathetic, articulate and emotionally appropriate. Most are not. Once again, mock jurors can let you know in clear and unmistakable terms which witnesses are effective, which are not and why.

You may think that your client’s ready tears are effective: the mock jurors may doubt her sincerity: It’s been five years already, they will say, that’s a bit much. You may think that your client’s stoicism bespeaks personal courage: the mock jurors may read it as indifference. You cannot know. And how much more valuable to find out before trial how your witnesses will be received by the jurors than during, or only after when the damage is done.

So too with your experts. An expert may be supremely qualified and have stellar opinions that uphold your case, yet do not resonate with your jurors. An expert of eclectic appearance and somewhat quirky language may fare well with a more sophisticated jury in the heart of a big city, yet poorly with a jury in the same city but from outlying areas. Your focus group jurors can help you greatly by pointing out just what works for them, and does not, when it comes to your experts.

There are few things more valuable to an attorney than knowing which of the prospective jurors are likely to favor his or her case to the detriment of opposing counsel’s. Large sums of money, great effort and often considerable anguish are expended daily in courtrooms across the nation in the exercise of jury selection – with and without the aid of trial consultants.

Now, a focus group is no guarantee that you will pick the perfect jury at time of trial, but it does reduce the number of imponderables if who said what during focus group deliberations was carefully tracked and recorded.

This is where a qualitative approach to focus groups has the advantage over a quantitative approach. Cataloguing, for example, that a majority of the male mock jurors believed the driver was at fault does not help you nearly as much as knowing that “males over 40 with children, whether married or divorced, believed the driver was totally at fault compared to males under 30, childless, whether married or not, thought the driver was at least 30 percent at fault.” Probative questions asked at time of deliberation, with someone keeping track of each mock juror’s answers, allow for a systematic analysis of juror response correlated with juror demographics. Such an analysis is a far more reliable way of discovering which demographics will favor you and – most importantly – why, than a simple tallying of votes.

When recruiting the mock jurors, an interview approach is preferable to a “check the box” approach. A few minutes of casual conversation with a qualified recruiter will often yield information about the prospective mock juror, which can then be factored in along with how the mock juror deliberated, to help determine “best and worst” juror profiles.

There is an expression attributed to the eminent psychologist, Fritz Perls: “Garbage in, garbage out.” A focus group’s opinions are only as valuable as the quality of the presentations given. Too often, lawyers will spend a great deal of effort on their presentation, but only give a quick briefing and sketchy notes to the colleague role-playing opposing counsel. This tends to skew the focus group in the booking attorney’s favor. Not a good idea.

You want constructive criticism, not pats on the back. You, as the lead attorney most familiar with the ins and outs of the case, will gain far more if you role-play defense counsel and let a colleague take on the plaintiff’s position. Granted, the “plaintiff lawyer” ego may be bruised in the process, but better a bruised ego in front of a focus group than a poor result at trial.

The more preparation that goes into focus group presentations, the more accurate and beneficial the opinions of the mock jurors. It is a waste of time, energy and money to conduct a focus group with anything less than solid, thorough presentations.

The stronger you design the defense presentation, the easier for the mock jurors to point out flaws that are genuine problems for defense. Otherwise, any issues the mock jurors may discuss will have limited validity. You want solid objections to defense arguments from your mock jurors. You will only get this level of helpful material if you have offered a solid presentation for them to work from.

Find out what you do not know

“What did you think of” questions are always better than “Did you believe Dr. X’s expert opinion?” because “what” questions engender discussion and reveal opinion, which is what you need, whereas “did” questions too easily are answered with “yes” or “no,” which doesn’t give you much information.

It is far better to develop too many targeted questions and eliminate them as necessary as deliberations proceed, than to develop too few questions and miss the opportunity of hearing noteworthy mock juror opinions. This is why it is more valuable to have a neutral party (not an attorney) facilitate the juror discussion, than it is to have the mock jurors elect a “foreperson” and have at it.

A facilitator who is seen as neutral by the mock jurors – an outside consultant or a paralegal that the mock jurors do not know is in your employ – is a tremendous asset in this regard. The facilitator can make sure that all your targeted questions are asked and can manage the discussion so that not only the “loud voices” are heard.

Sometimes, lawyers watch mock jurors’ deliberations from behind a one-way-mirror or via live-feed in an adjoining room. They are often tempted to respond to mock juror criticisms with a vigorous “Yeah, but…” defense of their position, which they will then ask the facilitator to present to the group. This is not recommended as it undermines the entire value of the focus group. Why would an attorney bother asking for mock juror opinions if the result is to tell the mock jurors that the lawyer is right and they are wrong?

You will gain most by embracing criticism, looking for its benefit and not attempting to defend against it. Attorneys who dismiss a focus group’s criticisms and opinions and fail to consider them when developing their trial strategy might as well not conduct a focus group at all.

Your objective should be to lose the focus group and win the trial. That is how you will gain greatest advantage – and success – from your mock jurors. 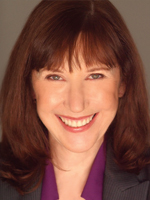 Noelle C. Nelson, Ph.D. has more than 25 years of experience as a trial consultant. Based in Malibu, she helps trial attorneys around the country by providing trial/jury strategy, witness preparation and focus groups. Her published works include “A Winning Case” (Prentice Hall), “Connecting With Your Client” (2nd Edition, 2015, American Bar Association), “The Power of Appreciation in Business” (MindLab Publishing), and the ebooklet, “101 Winning Tips: How to Give a Good Deposition and Testify Well in Court.” Dr. Nelson can be reached at www.dr.noellenelson.com or nnelson@dr.noellenelson.com.