I am proud to announce that our 2016 Board of Directors has approved the Veterans Legal Institute (VLI) as its 2016 charity. VLI primarily assists homeless, at risk, and low-income current and former service members by providing pro bono legal assistance. These groups of service members often face barriers to housing, education, employment, and health care. VLI exists to eradicate these barriers and, in a lot of cases, smoothes the soldier’s transition from military to civilian life. VLI also engages in veteran advocacy by providing community education and policy advocacy in an effort to increase awareness, resources, and overall protections to current and former members of the United States Military.

Co-founders, President Antoinette Balta, Esq. and CEO Dwight D. Stirling, Esq., head up this team of dynamic legal professionals. Ms. Balta is a reserve JAG Officer with the California State Military Reserve, assigned to the Installation Support Group at the Joint Forces Training Base in Los Alamitos where she holds the rank of O3-Captain. She is accredited by the Department of Veterans Affairs and regularly lectures on topics affecting veterans. She is also a frequent lecturer at UCI School of Law for its Veterans Law Clinic.

Mr. Stirling began his military career in December 2001 when he joined the Army National Guard shortly after the terrorist attacks of September 11. In 2004, he became a commissioned Armor Officer and the following year he became a JAG Officer. As a true “citizen-soldier,” Mr. Stirling balanced for several years his reserve service and his civilian legal practice. He closed his civilian legal practice in 2007 to accept a position with the California National Guard from 2007 to 2014. Currently, he serves as co-chair of the Legal and Re-Entry working groups at USC’s Center for Innovation and Research for Veterans and Military Families and co-chairs the Orange County Bar Association’s Veterans and military Committee. He also teaches criminal justice at Columbia College of Missouri’s Los Alamitos campus and is a member of the Los Angeles County Bar Association’s Armed Forces Committee.

Last year, VLI helped approximately 700 Orange County veterans on a shoe-string budget of a mere $100,000. It is important to note that Balta and Stirling took no salaries that year. That is impressive and truly amazing. Service members who leave the military and relocate to Orange County often leave the service without a job, without permanent housing, and in some cases, have unmet physical and physiological health issues. A smaller group of these veterans face legal and financial issues. With so many veterans needing assistance and so few places that offer specialized services for our nation’s warriors, VLI is just what these service members need. VLI provides legal services that can address these issues and more. From bankruptcy to immigration to landlord-tenant issues, VLI is there to help our Orange County Vets!

In an effort to maximize the amount of legal services to the veterans it serves, the dynamic duo of Balta and Stirling oversee a cadre of spirited volunteers that consists of law students, college students and attorneys volunteering their time. By running VLI this way, they are able to keep their overhead low, thus maximizing the amount of legal services they offer. In short, VLI has done an amazing job at making a dollar stretch as far as it can so that they can help as many veterans as they can. In addition to the myriad of legal services they provide, they are also heavily involved with influencing local policy as it relates to our local veterans.

As a former soldier who has experienced the problems of making the transition from Army life to civilian life, I am acutely aware of the problems our nation’s warriors may experience. That is why it is my honor to announce VLI as OCTLA’s 2016 charity of choice. Our goal is to raise $150,000 for them at our November Top Gun Awards and Charity Dinner! That is more money than we have ever raised in the history of our organization. This is certainly a cause both plaintiff and defense attorneys can get behind. Be on the lookout in the coming months for volunteer opportunities and updates on our year-long fundraising activities. HOOAH! 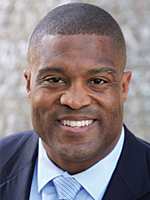