Protecting first-responder plaintiffs from misuse of the firefighters’ rule

To prevent the defense attorney from playing fast and loose with the firefighters’ rule, know the exceptions

Have you ever heard when representing a first responder, whether it be a firefighter, peace officer, or emergency medical personnel, the defense state (often while snickering under their breath), “If only your client was not a first responder, then they would have the same protections under the law like the rest of us.  Too bad for you, the firefighters’ rule is a complete defense to your client’s claim.”  But defense attorneys often misunderstand or intentionally misapply the firefighters’ rule.  The rule has many exceptions, and understanding those exceptions allows you to take control of this discourse.  Although first responders may assume some risks associated with the dangers of specific emergency situations, they do not assume the risk of someone’s tortious acts unrelated to the specific task at hand.

History of the firefighters’ rule

An early application of the firefighters’ rule in California occurred in Giorgi v. Pacific Gas & Elec. Co. (1968) 266 Cal.App.2d 355.  In Giorgi, the court barred claims of firefighters for injuries they suffered during a firefight caused by a defendant’s negligence.  In that instance, the court applied the firefighters’ rule based on public policy precluding recovery for those who are injured by the very hazard they have been employed to confront. (Id. at pp. 359-360.)  Later cases involving firefighters’ injuries caused by the explosion of a gas main, further explained the context of the firefighter rule that the public policy basis behind the rule was “fairness.”  A firefighters’ occupation requires them to confront the hazard of fire, and thus, a firefighter can’t complain of the reason for his or her employment, whether it be fire or explosion that causes the injury. (Scott v. E.L. Yeager Const. Co. (1970) 12 Cal.App.3d 1190, 1191, 1195.)

A defense attorney or an insurance adjuster will often assert that in a simple motor-vehicle accident involving a first responder (firefighter, police officer, or emergency medical personnel) your client assumes the risk of an occupational hazard, and therefore can’t recover damages for injuries suffered.  While this is generally true, most defense representatives disregard a number of limitations and exceptions to the application of the firefighters’ rule,” acting as if all first responders have lost all protections under the law to any injury that occurs on the job. There are many exceptions under California law:

The firefighters’ rule is not a separate concept from the assumption of the risk doctrine, but a special rule that limits the duty of care that members of the public would otherwise owe to firefighters, police officers and emergency medical personnel. It is “an example of the proper application of the doctrine of the assumption of risk, that is, an illustration of when it is appropriate to find the defendant owes no duty of care… [A] member of the public whose conduct precipitates the intervention of a police officer [does not] owe a duty of care to the officer with respect to the original negligence that caused the officer’s intervention.” (Neighbarger v. Irwin Industries, Inc. (1994) 8 Cal.4th 532, 538.)

Your classic example of the firefighter rule is when a firefighter responds to a burning building call and suffers an injury during the efforts to fight the fire, such as a collapsing support beam. That firefighter is barred from bringing a civil negligence claim against that building owner to recover for those injuries.

The rule also applies to firefighters and chemical spills. In Rowland v. Shell Oil Co. (1986) 179 Cal.App.3d 399, firefighters were dispatched to a chemical spill call where a tanker overturned. The firefighters were aware that the chemicals were toxic and that was the risk they were confronting. As a result of the exposure to these chemicals, plaintiffs were diagnosed as having diffuse histiocytic lymphoma, which led to deaths. The court concluded that the plaintiffs were precluded from proceeding by virtue of the firefighters’ rule. (Id. at 407.)

Public-policy considerations as the purpose of the rule

In its efforts to avoid liability, the defense will attempt to rely heavily on the public-policy considerations behind the firefighters’ rule, which primarily stem from public employees’ compensation and special benefits. (Walters v. Sloan (1977) 20 Cal.3d 199, 204-206)

The firefighters’ rule is “based upon a public policy decision to meet the public’s obligation to its officers collectively through tax-supported compensation rather than through individual tort recoveries. This spreads the costs of injuries to public officers among the whole community, making the public in essence a self-insurer against those wrongs that any of its members may commit.” (Calatayud v. State of California (1998) 18 Cal.4th 1057, 1062.)  “In effect, the public has purchased exoneration from the duty of care and should not have to pay twice, through taxation and through individual liability, for that service.” (Neighbarger v. Irwin Indus., Inc. (1994) 8 Cal.4th 532, 542-543.)

These arguments are red herrings and do not dictate whether a first responder is actually entitled to pursue a third-party action.  Although first responders are entitled to special public compensation for undertaking the hazards peculiar to their line of work, it is not the fact or amount of compensation that determines the applicability of the firefighters’ rule in these circumstances.  (Neighbarger, supra, at p. 540; Hodges, supra, at 983.)

Exceptions to the firefighters’ rule

Until 1982, the firefighters’ rule was only addressed as part of the common law. However, in 1982 the California Legislature enacted California Civil Code section 1714.9, codifying certain exceptions to the firefighters’ rule. (Stats.1982, ch. 258, § 1, p. 836.) Section 1714.9 provides a statutory basis for peace officers to bring causes of action for, among other things, negligent acts that result in injuries while they are on duty as law enforcement personnel.

This enactment was a product of the decision in Hubard v. Boelt (1980) 28 Cal.3d 480. In Hubard, a police officer chased a speeding motorist who reached a speed of 100 miles per hour. While passing another car on a blind curve, the suspect collided with a third vehicle. The officer was injured as he swerved to avoid the debris from the collision. When the officer sued for his injuries, the motorist invoked the firefighters’ rule, and the trial court granted summary judgment. (Id. at 483-484.) The California Supreme Court affirmed, concluding that the rule applied equally “whether defendant’s conduct was reckless or merely negligent in nature.” (Id. at 484.)  Justice Matthew Tobriner dissented, criticizing the majority for “hav[ing] not applied the traditional fireman’s rule at all but rather hav[ing] extended the reach of the rule beyond the limits of any previous authority.” (Id. at 487 (dis. opn. of Tobriner, J.))  Justice Tobriner argued that the facts established that “after the defendant became aware of the police officer’s presence on the scene, the defendant committed an additional and subsequent act of misconduct which foreseeably created a new and additional risk of danger to the officer and which ultimately caused the officer’s serious injuries.” (Hubard, supra, at 488 (dis. opn. of Tobriner, J.))

The Legislature responded to Hubard by amending Labor Code section 3852 to add the following provision:

Because the amendment to Labor Code section 3852 eliminated the bar to liability imposed by the firefighters’ rule, the Legislature subsequently shifted its provisions to the Civil Code and incorporated the language of Labor Code section 3852, former subdivision (b) into section 1714.9(a)(1). (Stats.1982, ch. 258, §§ 1, 2, pp. 836-837.)  As before, the avowed purpose was “specifically to reverse the effect of the Hubard case,” which had “unduly broadened” the scope of the firefighters’ rule with respect to third party tortfeasors. (Sen. Com. on Judiciary, Analysis of Assem. Bill No. 2351, at p. 1, 4.) In codifying other exceptions as well, the Legislature remained focused on civilian third-party tortfeasors.

This statute underwent various amendments, but most recently, a 2001 amendment was enacted, which was tombstoned the “Brett Alan Laws Act.” On February 6, 1997, Brett Alan Law was a Stockton Firefighter who responded to a call of a house on fire. While searching for an elderly woman trapped inside the burning house, a second level floor collapsed on him, killing him and another firefighter. It was subsequently determined that the second level floor was added onto the home and that it had not been built to code and collapsed because of a lack of support. The mother of Brett Alan Law brought suit against the owner of the property for negligence prior to and independent of the cause of the fire.  The mother lost her case, which she did not appeal. Proponents of the bill argued that she lost the suit as a result of the trial court’s broad application of the firefighters’ rule.” (http://www.leginfo.ca.gov/pub/01-02/bill/sen/sb_04010450/sb_448_cfa_20010404_112723_sen_comm.html.)  The Bret Alan Laws Act amendment codifies the common law independent cause exception.

In a further effort to rectify the courts’ past broad application of the firefighters’ rule and certain common law exceptions, the 2001 amendment also included the addition of subsection (e) which makes clear that its statutory scheme is “not intended to change or modify the common law independent cause exception to the firefighters’ rule as set forth in Donohue v. San Francisco Housing Authority (1993) 16 Cal.App.4th 658.” (Civ. Code, § 1714.9(e).) Donohue involved a firefighter who was conducting an unannounced fire safety inspection of a building. While he was conducting the inspection, he slipped and fell on a set of wet stairs. He subsequently brought a personal-injury action against the building owner. The negligent conduct at issue was the building owner’s failure to install non-slip adhesive treads on the stairs coupled with the improper maintenance practice of hosing down the stairs. The Court of Appeal found that the firefighters ’rule could not operate to bar the firefighters’ lawsuit against the building’s owner because the firefighter was in the building to inspect for Fire Code violations, not to inspect the slipperiness of the stairs, and it was their slipperiness that caused his injury. (Donohue, supra, 16 Cal.App.4th at p. 663.)

The Court “found that the firefighters’ rule did not apply because it does not bar recovery for independent acts of misconduct which were not the cause of the plaintiff’s presence on the scene. In order for defendant to invoke the defense, the negligence must create an obvious risk and be the cause of the fireman’s presence.” (Donohue, supra, at 663.)

As in Donohue, there are a number of cases where the independent-cause exception has been routinely applied. These make clear that the firefighters’ rule applies only to injuries caused by the very misconduct that created the risk that necessitated the first responder’s presence. (Lipson v. Superior Court (1982) 31 Cal.3d 362, 376.) Under the independent-cause exception, the firefighters’ rule does not apply where acts of misconduct are independent of those that necessitated summoning the plaintiff.  (Id. at 369; Krueger v. Anaheim (1982) 130 Cal.App.3d 166.)

When a first responder responds to a call, there may well be a scenario that will fit into one of the exceptions discussed above. Having an understanding of those exceptions will eliminate the “snicker” and protect those who protect our lives on a daily basis. No one should get a free pass when they injure a first responder with tortious acts that are unrelated to the emergency that necessitates a first responder’s presence. 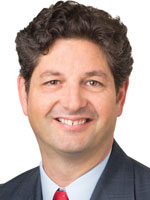