Where goes the camel’s nose?

Sniffing under the tent of mediation confidentiality post-[case]Cassel[/case]

For those of you who are unfamiliar with the case, the California Supreme Court held that mediation confidentiality, as set forth in Evidence Code section 1115, et seq., trumped a client’s claim for legal malpractice based upon conduct that the client claimed occurred during the mediation. So, the result was that some in the legal community thought there was now a wrong without a remedy and that shouldn’t be allowed to happen.

Legislation was introduced in Sacramento to overrule Cassel. Both legislative houses decided, by concurrent resolution, to punt on this issue and directed the CLRC to analyze the relationship between mediation confidentiality and attorney malpractice. The concurrent resolution instructed the CLRC to “…look at the impact and purposes of those laws on public protection, professional ethics, attorney discipline, client rights, the willingness of parties to participate in voluntary and mandatory mediation, as well as any other issues the commission deems relevant.” (2012 Cal.Stat.res.ch 108 (ACR 98 (Wagner&Gorrell).)

In order to make recommendation on this topic, the Legislature specifically requested that the CLRC look at certain Evidence Code sections, specifically sections 703.5, 958, and 1119. It also wanted the CLRC to look at California case law, specifically Cassel and previous California cases that had upheld mediation confidentiality (oftentimes in the face of both consternation and controversy in some corners of the profession), the availability and propriety of contractual waivers, and the laws in other jurisdictions including the Uniform Mediation Act, scholarly commentary, and other sources.

In August 2013, the CLRC started holding meetings on this topic, Study K-402, “Relationship between mediation confidentiality and attorney malpractice and other misconduct.”

Throughout the process, CLRC staff provided the CLRC with a plethora of written materials on various aspects of this study, both here in California and elsewhere. Staff also provided comments from various sources and the Commission held oral testimony. It also directed staff to spread the word about the existence of the study to all those who might be interested in it. It considered the law of other jurisdictions.

At its June 2015 meeting, the Commission decided not to propose statutory revisions relating to mediator immunity in the context of its K-402 Study. It decided to focus on the discrete task that the Legislature had given it: the relationship between mediation confidentiality and attorney malpractice and other misconduct. The minutes of that meeting were a harbinger of things to come: “The Commission did not discuss or decide whether to limit the Study to attorney misconduct, or also address the relationship between mediation confidentiality and other types of professional misconduct (e.g., mediator misconduct).”

At its August 2015 meeting, the Commission directed staff to begin drafting a tentative recommendation that would propose an exception to the mediation confidentiality statutes (Evid. Code, §§ 1115-1128) to address “attorney malpractice and other misconduct.” One commissioner voted against this decision.

The Commission thought that the proposed new exception should be applied even-handedly, permitting the use of mediation evidence to either prove or disprove a claim of malpractice or as use in a disciplinary proceeding and only if relevant to the malpractice case or disciplinary proceeding. Further, the Commission believed that the proposed new exception should utilize an in camera proceeding, but did not detail, at that point in time, how and when such an in camera proceeding would be used.

Left unresolved were whether the proposed new exception should apply while the underlying mediated dispute is still pending and whether there should be any special rule relating to mediator testimony.

Blowback from the mediation community

Two principles guide the mediation process: voluntariness and confidentiality. They are the tent poles for the mediation foundation. To include attorney mediators within the proposed exception would, in most mediators’ opinions, destroy that foundation that is the basis for both trust in the mediator and in the process.

Here are some of the comments that the Commission received during those two months about the inclusion of attorney mediators:

“…If the confidentiality of the mediation process is destroyed, mediation will be destroyed as an effective dispute resolution tool. Anyone with bitter feelings…can undo the settlement merely by claiming bias and an unjust result.”

“Confidentiality allows experienced counsel to give sound advice that clients may not want to hear.”

“Your recommendations will cause countless more lawsuits to proceed or ensue because parties will have no safe haven to resolve their conflicts without burdening our already clogged courtrooms…Your move will only make access to justice worse.”

“…I’m very afraid that your pending actions will emasculate a process that has provided tremendous benefit to individuals, organizations and the court system, all for no persuasive reason….”

Another mediator pointed out that the Cassel case had nothing to do with attorney mediator misconduct, but with the alleged misconduct of Cassel’s lawyer in the mediation.

Still another lawyer-mediator wondered whether the juice would be worth the squeeze: a few hours helping parties and their counsel resolve a million-dollar case only to wind up at the defense table in a million-dollar malpractice action.

Mediators do not keep their notes post-resolution. How long would such notes have to be kept? Would a mediator be liable for spoliation? When would the malpractice statute of limitations start to run in this context? What conduct by an attorney-mediator would be considered as falling within that proposed new exception?

Since the proposed new exception would not apply to non-attorney mediators, one commenter asked whether parties would choose to use non-attorney mediators to cloak themselves in the absolute protection of mediation confidentiality or to hedge their bets by using an attorney-mediator, knowing that a malpractice suit could be brought if unhappy with the outcome.

In a stunning reversal of its August, 2015 decision to include attorney-mediators in the scrum of malpractice and disciplinary proceedings against attorneys that arise out of mediations, the Commission in essence said “Never mind” at its October, 2015 meeting. With one commissioner voting against the decision, the Commission reconsidered its August, 2015 action, and decided that the exception should apply “…only to alleged misconduct of an attorney acting as an advocate, not to alleged misconduct of an attorney mediator.” (See http://www.clrc.ca.gov/pub/Minutes/Minutes2015-10.pdf.)

The Commission also clarified its August, 2015 decision that the proposed new exception should apply only to evidence of misconduct that allegedly incurred in the context of a mediation. The test would be whether the misconduct allegedly occurred in that context, not the time and date of the alleged misconduct. So, that could include a mediation consultation, a mediation session, a caucus, or any one or more of any number of mediation-related activities.

The Commission decided that the proposed new exception should not apply in a proceeding related to rescission or enforcement of a mediated settlement agreement.

Comments from lawyers included the following:

…[C]hanges to the provisions would likely have a decidedly chilling effect on those offering services at reduced rates or Pro Bono services for those of modest means.

If confidentiality becomes questionable then the process becomes ineffective and it loses the ability to assist disputants.

“Do not do anything to in anyway weaken the confidentiality of mediation. To do so will take away a necessary tool for the litigator. If you do so, you’d better plan on doubling the number of judges, courtrooms, and judicial staff to handle all of the cases that will go to trial for want of an alternative.

To modify such rules to allow the future admissibility of communications simply because an attorney advocate has acted improperly during the course of a mediation has nothing to do with the candid expression disclosed by parties during mediation that they believe will remain confidential.”

“This will expose families and children to unnecessary and harmful acrimony and crippling costs of litigation.”

Mediation allows “…the children to a divorce [to] have parents that are actively working together and can focus on their best interest[s].”

One commenter posited that the “…incidence of claims of lawyer misconduct is a very small percentage of the mediation cases that proceed and are resolved with the protection of mediation confidentiality.”

“We should not let one funky result destroy a valuable mediation process.”

Several commenters noted the Commission’s own 1996 statement recommending enactment of the current statutory scheme: “All persons attending a mediation, parties as well as nonparties, should be able to speak frankly, without fear of having their words turned against them,” the implication being: what has prompted the Commission’s apparent change of heart? The position of just about every commenter was “if it ain’t broke, don’t fix it.” The consensus is that mediation confidentiality is essential to the non-courtroom way of dispute resolution.

Where goes the camel’s nose from here?

Based on a review of staff memos and meeting minutes on the Commission’s website, it appears that the Commission will make a tentative recommendation to propose an exception to mediation confidentiality for “…attorney malpractice and other misconduct.” It has also, among other things, tentatively decided to recommend an “in camera” screening process to determine whether mediation confidentiality should be set aside in any particular case; the details of that process have yet to be determined. (See http://www.clrc.ca.gov/pub/Minutes/Minutes2015-10.pdf for other decisions the Commission has made.)

The tentative recommendation is usually distributed to interested persons and organizations, including the State Bar, local and specialty bars, public interest organizations, business and professional organizations.

While it could be some time until that final recommendation gets to Sacramento, this is no time for complacency. Keep up to date with what the CLRC is doing at its website. http://www.clrc.ca.gov/.

The loss of mediation confidentiality in an effort to provide disgruntled clients with a potential remedy for “settlor’s remorse” will open up a Pandora’s Box of unintended consequences. It’s the old story of “be careful what you wish for.” No trial lawyer should want that wish granted. So, where goes the camel’s nose from here? It appears that from the Commission’s perspective, that nose stays in the tent for “attorney malpractice and other misconduct.” 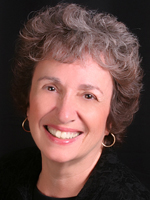 Jill Switzer is a full-time mediator affiliated with ARC, Alternative Resolution Centers. Her mediation practice encompasses both pre-litigation and litigated cases, emphasizing all aspects of employment disputes, as well as business, Commercial Code, lending and collection matters. Jill’s undergraduate degree is from University of California, Berkeley (Go, Bears!) and her law degree is from Whittier College School of Law. She’s served as a deputy district attorney, general counsel for a nonprofit, and Assistant General Counsel to a major financial institution. Given that Jill has practiced for forty years, her weekly column at www.abovethelaw.com is appropriately titled “Old Lady Lawyer.”