Proving negligence by using the hospital’s own policies and procedures

But in cases involving negligence in a hospital setting, where most significant injury or death cases occur, the plaintiff has the opportunity of using the defendant’s own written policies and procedures as a “built-in” expert to help prove negligence. While such written documents may not by themselves prove negligent care, “one piece of evidence highly relevant...is the hospital’s own policy statements on the appropriate medical procedures to be followed.” (Flowers v. Torrance Memorial Medical Center (1992) 8 Cal.4th 992). (Also see, Czubinsky v. Doctor’s Hospital (1983) 139 Cal.App.3d 361, County of Los Angeles v. Superior Court (1990) 224 Cal.App.3d 1446.) Comparing the actions of nurses against a specific written policy can show, at a minimum, that the care rendered by a nurse or nurses was not in conformity with the hospital’s own written policy about what care should be provided in a specific fact situation. Beyond using such evidence for plaintiff’s experts to offer opinions about negligent care at the defendant hospital, such evidence can be also be used to obtain critical admissions from the hospital’s own nurses and supervisors.

Not part of medical records

Hospital policies and procedures are not part of the medical records, and they must be obtained separately through discovery. Hospital defense counsel will often make every effort to thwart plaintiff’s efforts to obtain such discovery. Therefore, avoid making a blanket request for all policies and procedures, but instead be as specific as possible. However, since every hospital has their own set of hospital policies with different names for the same subjects it can be difficult to be specific without proceeding in an orderly fashion. The Joint Commission (formerly the Joint Commission on Accreditation of Healthcare Organizations) requires that all hospitals have written policies, but it does not require or direct what constitutes an acceptable policy on any subject. Each of the more than 600 hospitals in California is allowed to develop, revise and update the written policy and procedures from within the hospital. Even large hospital systems, like Kaiser, will often have different policies within each hospital. This makes obtaining the relevant written policy for each hospital a very specific case-by-case discovery process.

The process should start with a notice to produce an index or list of all of the written policies and procedures for the department of the hospital that is relevant to the facts of the case, e.g., labor & delivery, ICU, medical-surgical unit, etc. The reason for this first step is that each hospital will have different names for the same policy. Once the list of the names for specific policies is obtained, then a second notice to produce can be made for the specific policies, which will avoid needless objections. The policies requested do need to be specific for the time frame that is relevant to the case to avoid a further objection on relevance.

Once obtained, the written policy should be reviewed for the date prepared, the date revised, and the date reviewed, since that will show any evolution or changes in the policy over time. Some hospitals will list the name(s) of the author of the policy, but most will simply refer to a committee without further identification of specific names.

Therefore, the next and most important step is the notice for taking the deposition of the person most knowledgeable about the preparation and implementation of the specific policy or policies that are relevant to the facts of the case. At the same time, the specific policy or policies can be used during the deposition of the basic fact witnesses including both the staff nurse or nurses involved in the plaintiff’s care and the relevant charge nurses for the nursing shifts. While the staff nurses may be identifiable from the medical records, unless the charge nurse was referenced by a staff nurse in the records or actually wrote a note, a separate interrogatory to the hospital to identify the name of each charge nurse who was on duty during the patient’s care will be needed to discover such information.

When the deposition of each involved nurse is taken, each relevant policy should be shown to the nurse to determine if they have ever seen it before. If the witness has been properly prepared by defense counsel prior to the deposition, the nurse should be expected to be aware of the policy, but sometimes the nurse will admit that they have never seen the policy before the deposition and was never aware of its existence. The charge nurse should also be asked about each relevant policy and to confirm that the nurse(s) were required to comply with the contents of the policy. Sometimes, the charge nurse will also admit that they were unaware of the existence of a relevant policy. Evidence that the hospital nurses not only did not comply with the recommendations/requirements of a specific policy but were not even aware that such a policy existed at the time of their involvement in the care of the patient, puts the hospital in a very difficult position to be able to prove that the hospital nurses complied with the standard of care.

Where the nurse(s) did not comply with the relevant hospital policy, the only defense to such a fact is the argument that a written policy is just a guideline which would allow the nurse to use her own judgment to determine whether or not to follow the specifics in the written policy. This defense is more difficult to prove if the nurse was not even aware of the existence of the policy, but often the actual language of the policy will demonstrate that the specific items listed are at least recommendations if not requirements. The deposition of the charge nurse will often elicit testimony that the charge nurse would expect the nurse to comply with the policy and the nurse did not comply in this specific case. In addition to the deposition of the relevant nurse(s) and charge nurse(s), the deposition of the person most knowledgeable about each relevant policy will provide additional evidence about both the purpose of each policy (protection of the patient), the expectation that nurses comply with the policy, and the fact that the nurse did not comply. Such evidence before a jury will make it very difficult for any hospital nursing expert to claim that the nurse(s)’s actions complied with the standard of care. To avoid the obvious inconsistency of such testimony, a hospital nursing expert may even take the position that the facts of the case could not be the facts of what happened because if true, they would represent negligent conduct.

The process of policies and procedures

Since most hospital policies go through a similar process of developing and writing the policy, then reviewing the policy two or more years later, and often revising the policy to conform with changes in the “standard of care,” all such revisions and changes can be subject to questioning of those who are involved in the process. The written policies are usually developed by a committee of doctors and nurses and after preparation they are formally adopted by the hospital board of directors with some level of review between the committee and the board. Each of these levels of review can be subject to discovery, and unlike hospital committees that are designed to review the care in the hospital and thus subject to privilege from discovery (Evid. Code, § 1157), hospital committees that draft, review, and revise policies for the nursing staff are not immune from discovery.

In most cases the testimony of a nursing supervisor at the defendant hospital admitting both the relevance of a specific hospital policy and the fact that the nurse(s) did not comply with the policy will be far more believable than the opinion of a retained nursing expert. In many cases where defense counsel can retain nursing and/or medical experts to defend any and all actions by the nursing staff of the defendant hospital, a nursing supervisor from that same hospital will often admit that a specific hospital policy was designed to protect a patient and that it was not followed by the nurse(s). Hospital defendants put into such a position will often decide not to let such a case proceed to a jury trial.

One of the major advantages of using both the hospital policy as a focal point in a hospital negligence case and a hospital witness to explain the policy is that a written document is far easier for a jury to understand than an “opinion” of a medical or nursing expert. Most hospital policies are written in fairly simple language, often more simple than many jury instructions. While a hospital witness – nurse, charge nurse, nursing supervisor – testifies about a written hospital policy the jury can follow along, both reading the policy and understanding how the fact that the policy was not followed is evidence of negligent care. Jurors are often very impressed by written documents that they can both read and understand. When medical records are shown to the jury, they contain abbreviations and language that is difficult to read and more difficult to understand. Then a nurse or doctor tries to explain the meaning while putting their spin on the interpretation of those records which more often than not leaves the jury more confused about the facts of the case. Hospital policies, on the other hand, provide the jury with a simple basis to understand what should be done to protect a patient in a hospital and the failure by the hospital nurse(s) to comply with their own hospital’s policy is more than sufficient to convince a jury that the care was below an acceptable standard of care in most hospital cases.

If the case does not settle before trial, plaintiff should expect a pre-trial motion by the defendant hospital to attempt to prevent and/or limit the testimony of any hospital supervisor from giving expert testimony on the standard of care. In such circumstances, plaintiff needs to have their own nursing and/or medical expert to testify that the specific hospital policy represents the standard of care and that a failure to comply with the policy constitutes care below an acceptable standard of care. Prior to trial, plaintiff needs to confront the hospital’s medical and nursing experts with each relevant policy and obtain an admission that the policy represents the standard of care for that hospital. The trial judge will be reluctant to prevent the testimony of a hospital nursing supervisor at trial but may want to limit their testimony to the interpretation and meaning of the policy. But appropriate discovery and pre-trial deposition testimony of hospital nursing witnesses who admit both the significance of written hospital policies and the non-compliance of the involved nurse(s) with those policies may be sufficient to convince the hospital to not take the risk of allowing a jury to hear such testimony. 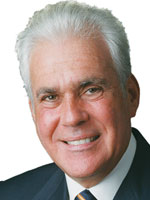 Bruce G. Fagel, M.D., graduated from the University of Illinois (1972), and was licensed to practice medicine: Illinois, 1973; California 1975. He received his JD at Whittier College (1982). Dr. Fagel is a regularly invited speaker before organizations of attorneys, physicians, and hospitals nationally and internationally, and has been interviewed by CBS, ABC, NBC and various media affiliates. Featured in “The Best Lawyers in America.”