On March 26, 2015, the Consumer Financial Protection Bureau (CFPB) announced it is considering proposing rules that would end payday debt traps by requiring lenders to take steps to make sure consumers can repay their loans. The proposals under consideration would also restrict lenders from attempting to collect payment from consumers’ bank accounts in ways that tend to rack up excessive fees. The strong consumer protections being considered would apply to payday loans, vehicle title loans, deposit advance products, and certain high-cost installment and open-end loans.

The proposals under consideration cover both short-term and longer-term credit products that are often marketed heavily to financially vulnerable consumers. The CFPB recognizes consumers’ need for affordable credit but is concerned that the practices often associated with these products – such as failure to underwrite for affordable payments, repeatedly rolling over or refinancing loans, holding a security interest in a vehicle as collateral, accessing the consumer’s deposit account for repayment, and performing costly withdrawal attempts – can trap consumers in debt. Consumers can be forced to choose between re-borrowing, defaulting, or falling behind on other obligations, and also may face deposit account fees and closures, vehicle repossessions, and other harms.

For short-term loans, the CFPB has found that for consumers living paycheck to paycheck, the short timeframe can make it difficult to accumulate the necessary funds to pay off the principal and fees before the due date. Borrowers who cannot repay often roll over the loan – pay more fees to delay paying off the loan or take out a new loan to replace the old one. For many borrowers, what starts out as a short-term loan turns into an unaffordable, long-term cycle of debt. For longer-term loans, many consumers struggle to keep up with unaffordable payments, which can result in defaults, costly refinancing, or falling behind on other bills.

The proposals under consideration provide two different approaches to ending debt traps – prevention and protection. Under the prevention requirements, lenders would have to determine at the outset that the consumer is not taking on unaffordable debt. Under the protection requirements, lenders would have to comply with various restrictions designed to ensure that consumers can affordably repay their debt. Lenders could choose which set of requirements to follow.

The CFPB is publishing the outline of proposals under consideration in preparation for convening a Small Business Review Panel to gather feedback from small lenders, which is the next step in the rulemaking process.

The proposals under consideration would cover short-term credit products that require consumers to pay back the loan in full within 45 days. Typical short-term loans include many payday loans, deposit advance products, certain open-end lines of credit, and some vehicle title loans. The CFPB is considering using 45 days to define short-term loans to distinguish those loans that are required to be repaid in one income and expense cycle. Many short-term loans are 14 days or one month to match the timing of consumers’ paychecks. However, loans taken out shortly before a consumer is paid may not be due until the following paycheck. The 45-day definition would capture these slightly longer loans.

The proposals under consideration include two ways that lenders could extend short-term loans without causing borrowers to become trapped in long-term debt. Under the proposals, lenders could either prevent debt traps at the outset of each loan, or they could protect against debt traps throughout the lending process. Specifically, all lenders making covered short-term loans would be required to adhere to one of the following sets of requirements:

Debt trap prevention requirements: This option would eliminate debt traps by requiring lenders to determine at the outset that the consumer can repay the loan when due – including interest, principal, and fees for add-on products – without defaulting or re-borrowing. For each loan, lenders would have to verify the consumer’s income, major financial obligations, and borrowing history to determine whether there is enough money left to repay the loan after covering other major financial obligations and living expenses. Other requirements include:

The consumer could not have any other outstanding covered loans with any lender.

Debt trap protection requirements: These requirements would protect against debt traps by limiting the number of loans that a borrower can take out in a row and requiring lenders to provide affordable repayment options. These protections would include the following restrictions: 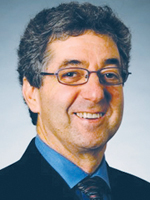 Arthur H. Bryant is the Chairman of Public Justice, a national public interest law firm with headquarters in Oakland, supported by – and able to call on and work with – over 2,500 of America’s top plaintiffs’ lawyers. Public Justice uses cutting-edge and socially-significant litigation to fight for consumers’ rights, workers’ rights, civil rights and liberties, environmental protection, and the poor and the powerless. He has also won major victories and established new precedents in several areas of the law, including constitutional law, toxic torts, civil rights, consumer protection, and mass torts. The National Law Journal has twice named him one of the 100 Most Influential Attorneys in America. He is a recipient of CAALA’s George Moscone Memorial Award for Public Service.