The test for defective design is technological feasibility

You have some dynamite stuff on a video deposition and want to play it first thing in trial.  No problem, right?  Let’s make sure you can do just that.

First you have to accept that courts have historically had a strong preference for live testimony at trial. But what about the witness who says they simply will not be able to be at trial, or have conflicting scheduling issues? In today’s world of busy people with conflicting schedules, you do not want to incur steep charges while a witness waits to be called before the trial judge suddenly announces at 2:30 p.m. “Oh by the way, we have to end early today and will have no more witnesses.”  So to solve this potential problem, you need to make sure the deposition is ready to go, objections are resolved, and it is admissible.

At the trial or any other hearing in the action, any part or all of a deposition may be used against any party who was present or represented at the taking of the deposition, or who had due notice of the deposition and did not serve a valid objection under Section 2025.410, so far as admissible under the rules of evidence applied as though the deponent were then present and testifying as a witness, in accordance with a series of provisions.

At a hearing or trial, all or part of a deposition may be used against a party on these conditions: (A) the party was present or represented at the taking of the deposition or had reasonable notice of it; (B) it is used to the extent it would be admissible under the Federal Rules of Evidence if the deponent were present and testifying; and (C) the use is allowed by Rule 32(a)(2) through (8).

Use of an adverse party’s deposition

A party’s deposition may be used by an adverse party for any purpose. (CCP § 2025.620(b).) Note that carefully; it says “Any purpose.” Hence, it is not limited to impeachment, but may also be used as substantive evidence. It also does not matter whether the adverse party will be testifying at trial.

This provision applies to parties and “party-affiliated” witnesses. Regarding a “party-affiliated” witness, at the time of the deposition the deponent must have been an officer, director, managing agent, employee, agent or person most qualified designee of a party under CCP § 2025.230 at the time of the deposition. If the deponent later leaves employment, the video deposition testimony is still admissible.

Under FRCP 32(a)(3), an adverse party may use for “any purpose” the deposition of “a party or anyone who, when deposed, was the party’s officer, director, managing agent, or designee under” FRCP 30(b)(6). Similar to California law, so long as the deponent was an officer, director, managing agent, or FRCP 30(b)(6) designee at the time of the deposition, the testimony will be considered that of a party-affiliated deponent even if the person later leaves employment with the entity.

Use of a non-party’s deposition for impeachment

While many different ways to substantively use deposition testimony as evidence at trial are outlined in CCP § 2025.620 and FRCP 32, below are highlights of some common methods.

Use of videotaped depositions of doctors and experts

CCP § 2025.620(d) governs the use of videotaped depositions of treating physicians and expert witnesses. This provision states in full:

Any party may use a video recording of the deposition testimony of a treating or consulting physician or of any expert witness even though the deponent is available to  testify if the deposition notice under Section 2025.220 reserved the right to use the deposition at trial, and if that party has complied with subdivision (m) of Section 2025.340.

This is one of the most effective ways to make the best use of a doctor’s time. Many doctors are more receptive when they know the video is all they have to do. But remember when taking the deposition, it is the direct testimony to be played to the jury and be sure to use appropriate demonstrative aids.

Deponent’s residence from the courthouse

Under California law, a party may use for any purpose the deposition of a deponent who “resides more than 150 miles from the place of the trial or other hearing.” (CCP § 2025.620(c)(1).) This can even include a deposition given by a party or party-affiliated deponent.

An issue here is how do you calculate 150 miles? Is the calculation based on a straight line “as the crow flies,” or based on travel distance?  Applying the straight- line test, the witness, who lived in a rural part of California, was less than 150 miles from the courthouse but applying travel distance was over 150 miles. Interestingly, there is no California authority directly on point regarding whether the 150 miles requirement is calculated using the straight line or travel method.

Federal law may provide guidance on this issue. The Federal Rules of Civil Procedure allows for a the use of a deposition if the proponent shows “that the witness is more than 100 miles from the place of hearing or trial or is outside the United States, unless it appears that the witness’s absence was procured by the party offering the deposition . . . .” ( FRCP 32(a)(4)(B).

One major reason for this bright-line test is to avoid controversies over whether the “travel miles” exceed the 150-mile limit.  As explained by one district court:

The modern trend is to measure the distance in a straight line so that the area in which service can be made can be indicated by a circle with the place of trial as its center and the 100 miles represented as the circle’s radius. Measurement in this manner has the additional advantage of eliminating controversy as to what is the ordinary means of public travel and the usual route to the place of service.

In our case, the judge ultimately allowed the deposition testimony based on another ground, but this issue of distance from the courthouse should be kept in mind.

CCP § 2025.620(c)(2) lists a number of scenarios where deposition testimony may be used for any purpose if the witness is “unavailable,” including that the deponent is precluded based on a privilege, disqualified, dead, has a physical or mental illness or infirmity, or is absent from the trial and the court cannot compel the deponent’s attendance by its process.  (CCP, § 2025.620(c)(2)(A), (B), (C) and (D).)

In addition to these situations, deposition testimony may be used for any purpose where the deponent is “[a]bsent from the trial or other hearing and the proponent of the deposition has exercised reasonable diligence but has been unable to procure the deponent’s attendance by the court’s process.” (CCP § 2025.620(c)(2)(E).)

Note that this is a different avenue for admissibility than showing a particular distance from the courthouse.  If a proponent establishes that the deponent resides more than 150 miles from the court, then the deposition testimony should be admissible (subject to satisfying other admissibility standards) even if the deponent is available to testify.  Under this separate section, however, a deponent may reside within 150 miles but if the proponent demonstrates “unavailability,” then the testimony may still be used.

The federal rules have similar provisions for substantive use of “unavailable” deponents, including that the witness is dead or cannot testify because of age, illness, infirmity or imprisonment. (FRCP 32(a)(4)(A), (C).)  In addition, similar to CCP § 2025.620(c)(2)(E), deposition testimony may be used where “the party offering the deposition could not procure the witness’s attendance by subpoena . . . .” (FRCP 32(a)(4)(D).)  Although this rule does not use the word “reasonable diligence,” courts have required the proponent show the exercise of reasonable diligence to procure the witness.  (See, e.g., Thomas v. Cook Cnty. Sheriff’s Dep’t. (7th Cir. 2010) 604 F.3d 293, 308.

When no other provision is available, CCP, § 2025.620(c)(3) provides a “catch all” exception for the use of a non-party’s deposition for any purpose: “Exceptional circumstances exist that make it desirable to allow the use of any deposition in the interests of justice and with due regard to the importance of presenting the testimony of witnesses orally in open court.”

In a case my firm handled, we had non-videoed deposition testimony from doctors who had volunteered their time at a free clinic. Because the depositions were noticed by the Defendant and not videotaped, CCP § 2025.620(d) did not apply. However, the testimony was very short, the doctors were all non-paid clinical volunteers, and we argued it would be a substantial burden to force them to come to court to provide this relatively short testimony.

For example, based on this section the Sixth Circuit allowed the plaintiff to continue to play a videotaped deposition of a witness who was unavailable but became available during the trial, because the trial testimony would be substantially the same as the deposition testimony and to require the witness to come to trial would delay proceedings. (Bickel v. Korean Air Lines Co., Ltd. (6th Cir. 1996) 96 F.3d 151, 154-155.)

This article provides an overview of the common types of usage of deposition testimony in trial, both as to party and non-party witnesses. Paying careful attention to the requirements of these methods may allow you to admit − or keep out – deposition testimony at trial. 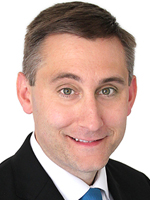 Brian J. Malloy is with The Brandi Law Firm in San Francisco where he represents plaintiffs in product liability, personal injury, wrongful death, elder abuse, mass torts and class/collective action matters. He is admitted to the bars of California, Nevada, Arizona, and Washington, D.C., along with numerous federal courts, including the United States Supreme Court.  He has experience in trials to verdict in California, Nevada and federal courts. www.brandilaw.com.