Your last, best chance to get the judge to understand the factual and legal issues of your particular case

In state court, neither the Code of Civil Procedure, the California Rules of Court, nor the LASC Local Rules require trial briefs.  But most judges will indicate a preference regarding whether to file such a brief and what to address, and you should be sure to inquire about these preferences at the Final Status Conference.

In nearly every case, it will likely make sense to file a trial brief, whether the matter will be decided by a judge or a jury. Keep in mind that the typical LASC judge now has a docket of 500 active cases. Expecting a judge to understand the factual and legal issues of your particular case, among the herd of others being administered, without the benefit of a trial brief, is likely setting yourself up to frustrate your judge and put your client at a disadvantage.

Briefs should address issues of law that have not been covered by motions in limine, and in certain cases where the motion in limine is critical to the outcome of your case, may even address those issues again, at least in the context of the overall case. If your case involves unique legal issues for which you have an expertise, but the judge may not, a trial brief will serve as a guide to educate the judge about the current legal precedent applicable to your matter. Many judges may not have a background in certain areas of law (and you should research your judge in order to find out), so do not rely on them to know the legal principles relevant to your matter as well as you do. For example, a judge who is a former prosecutor may not have a great deal of experience with subjects such as product liability or medical malpractice issues. You can make their job easier by laying out key cases and statutes, and explaining how they apply to the facts of your case.

It is often helpful to walk through the key evidence that will be presented, either in testimony or exhibits, giving the judge a preview of how you intend to present your case. The brief may be the first time the judge sees everything in its full context, and this may help you with the evidentiary rulings in general, as the judge will have a better idea of how everything fits together.

For bench trials, your brief is effectively a written version of your opening statement. It provides you a chance to persuade the judge ahead of the trial and lay the groundwork for your presentation. If you put in the time to write a well-organized, thoughtful brief, not only will the judge appreciate your efforts, but she will be more likely to rule in your favor if she finds your arguments compelling.

To the extent you have weaknesses in your case that you expect the other side to exploit, it’s better to address them early, in your brief, rather than wait until trial. Don’t ignore the challenges of your case and hope the judge won’t notice. Instead, take them head on, concede where necessary so as not to seem unreasonable, but explain why certain bad law or bad facts should not change the outcome in favor of your opponent.

There may also be issues that do not necessarily need to be briefed initially, but in anticipation of them being raised, many lawyers like to prepare “pocket briefs.” These are short briefs on single issues that you may hold until trial, and then present upon that issue arising. For example, say that you suspect that your opponent may try to elicit certain testimony or introduce a certain document that you believe is precluded by the Evidence Code, but it’s possible that the other side hasn’t yet considered that strategy. Rather than brief that issue in a trial brief, and essentially notify them of a new strategy, a clever lawyer can instead say nothing initially, wait to see if the issue ever comes up in trial, and then have a pocket brief ready if it does. But again, if you know it is an issue that is certain to arise, it may not make sense to wait, but instead would be better to address it head-on.

There are no rules on format or content outside of what an individual judge may require. Unless told otherwise, you should follow the rules for regular motion papers. (See Cal. Rules of Court, rule 2.100 et seq., 3.1110.)

(1) Keeping it short and concise, discussing only major issues and key facts. A brief which tries to address every single factual and legal issue will not be helpful to the judge. Take the time to highlight those key issues and facts that are critical to the case, but leave out minutiae and extraneous subjects. If your brief does nothing more than dump a large pile of information onto your busy judge’s lap, it may have the opposite effect of what you are intending.

(2) Use minimal citation and do not refer to other materials. The judge is unlikely to have the time or desire find what you are referencing.

(3) However, do provide full-text copies of out-of-state and rare source material if it is critical to your case.

This is typically addressed at the Final Status Conference. Unless the judge requests otherwise, it is best to file the brief and give to opposing counsel in advance of the first day of trial. Make sure that you have a courtesy copy filed directly with your department. A brief filed with the main clerk’s office just prior to starting trial will likely not be made available to the judge in time to review it. Some judges will even encourage parties to e-mail a courtesy copy to them or their law clerks. In general, discuss with your judge the best ways to make it easy for them to receive your brief and ensure that they can prepare for your trial.

402 hearings are preliminary fact determinations to decide the admissibility of evidence. When the admissibility of evidence depends on the existence of a particular fact, that fact is called a “preliminary fact.” (Evid. Code, § 400.)  The ability to establish such a preliminary fact may affect the trial not only in substantive terms and determining what particular evidence is admitted, but also in terms of scheduling and practical considerations. Moreover, due process is a central component behind Section 400. If evidence is excluded, and a party does not have the ability to conduct or present evidence at a hearing regarding a material, preliminary fact, this is reversible error per se and will result in overturning the case. (See Kelly v. New West Federal Savings (1996) 49 Cal.App.4th 659.) Under Evidence Code section 402, therefore, parties are provided a means by which preliminary facts can be presented, typically outside the presence of a jury.

No formal findings are required. A ruling on admissibility “implies whatever finding of fact is prerequisite thereto.” (Evid. Code, § 402, subd. (c).)  If the record contains any facts supporting the ruling, it will be upheld on appeal. (See Davey v. Southern Pac. Co. (1897) 116 Cal. 325, 329.)  If the evidence on the preliminary fact is conflicting, then the Court should admit it and leave the final decision to the jury. (Verzan v. McGregor (1863) 23 Cal. 339, 339 [“[I]t is proper to submit this question to the jury, under proper instructions from the Court.”].)

Where relevancy, personal knowledge, or authenticity is disputed

(1) The proponent of the proffered evidence (the evidence for which admissibility is in question) has the burden of proof. (Evid. Code, § 403, subd. (a).)

(2) The evidence must be admitted if any showing of preliminary facts is made “sufficient to sustain a finding” of their existence. (Ibid.) Then the jury has the right to make any subsequent determination as to the preliminary fact.

(3) The judge can only exclude the proffered evidence if the showing of preliminary facts is too weak to support a favorable determination by the jury.

(2) “Shall instruct the jury to disregard the proffered evidence if the court subsequently determines that a jury could not reasonably find that the preliminary fact exists. 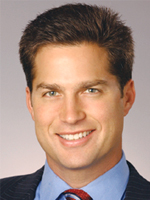 Daniel Y. Zohar is a Los Angeles trial lawyer. Since 1998 when he left a successful practice at a large law firm, Mr. Zohar has won over 9 figures in jury verdicts, administrative orders, and settlements for his clients. Mr. Zohar now focuses his trial practice in the areas of contingency business litigation/ business torts and consumer rights. He is a member of ABOTA.