A roadmap for presenting general damages at trial

As trial attorneys we are all aware of the attack by insurance companies to limit awards at trial. First Howell and then numerous cases followed that have the effect of limiting the medical damages. This makes the general damages so much more important to obtain fair compensation for our clients. General damages are non-economic damages such as pain and suffering. To obtain a substantial verdict for your client, you must prepare to argue for general damages from the first time the client comes into your office, and build from there.

Authority for recovery of damages

There are several Civil Code Sections that describe and allow for the recovery of general damages.

General Damages are described in Civil Code section 1431, subd. (b)(2), which states “non-economic damages” means subjective, non-monetary losses including but not limited to pain, suffering, inconvenience, mental suffering, emotional distress, loss of society and companionship, injury to reputation and humiliation.

The basis for recovery stems from Civil Code section 3281. This states that “Every person who suffers detriment from the unlawful act or omission of another, may recover from the person in fault a compensation therefor in money, which is called damages.”

Civil Code section 3333 states, “For the breach of an obligation not arising from contract, the measure of damages, except where otherwise expressly provided by this Code, is the amount which will compensate for all the detriment proximately caused thereby, whether it could have been anticipated or not.”

It is important to keep these sections in mind when preparing for testimony and evidence at trial.

The roadmap for presenting damages at trial starts from the time you sign up the case. You should interview the injured party or parties to get a feeling for the case. Obtain all necessary facts concerning damages at the initial interview. This includes a medical history of the same or similar type of injuries suffered previous to the accident.

Obtain police reports, Cal OSHA reports, witness statements, photographs of injuries and property damage as soon as possible. You have to evaluate the case through the eyes of the jury. You must visualize what jurors will see when they first hear about the case and view the evidence.

Jurors love stories. You must put all the pieces you collect together to form the basis of the story. This is as true for pain and suffering as it is for liability.

One cannot overemphasize using evidence to relate your story to the jury. Your client testifying is extremely important, but evidence is something more tangible. In order to get any document into evidence, you must lay a proper foundation.

Many documents, such as police reports and medical records, often cannot be entered into evidence. That doesn’t mean that portions cannot be presented to the jury.

Police reports rarely if ever can be presented into evidence as they are replete with hearsay and non-expert opinion. The police report must be thoroughly reviewed. The police officer may mention cuts, bruises, blood, etc. The report may contain statements of your client concerning pain. You should be familiar with Evidence Code section 1250 as follows as an exception to the hearsay rule:

(a) Subject to Section 1252, evidence of a statement of the declarant’s then existing state of mind, emotion, or physical sensation (including a statement of intent, plan, motive, design, mental feeling, pain, or bodily health) is not made inadmissible by the hearsay rule when:

(1)   The evidence is offered to prove the declarant’s state of mind, emotion, or physical sensation at that time or at any other time when it is itself an issue in the action; or

(2)   The evidence is offered to prove or explain acts or conduct of the declarant.

(3)   This section does not make admissible evidence of a statement of memory or belief to prove the fact remembered or believed.

X-rays, MRIs and CT Scans that exhibit injuries are crucial. A light box should not be utilized. Jurors have difficulty seeing them and the films cannot be entered into evidence. Obtain the film, no matter what type and have a medical illustrator draw an accurate, colorful representation. The foundation can be made by the testimony of the medical expert.

In the event surgery was performed on your client and hardware inserted, have your doctor bring examples to show the injury. Because the judge generally will not allow these into evidence, your medical illustrator can draw a representation of it on the illustration or, in the alternative, you can use it in argument.

I cannot overemphasize preparation of your client. If a jury likes your client and believes he or she is telling the truth, they will be more willing to compensate them for pain and suffering. Keep in mind that even a soft-tissue injury causes physical limitations.

If possible, spend time with your client at their residence. Try to get an idea of what the layout of the residence is. If the kitchen cabinets are high, talk to your client about how difficult it was to grab a glass or dish. How difficult was it to put the dish away. Does your client have a dishwasher? If not, have them describe the difficulty in doing a simple task such as washing and drying dishes. Can he or she vacuum? What about raising an arm to comb their hair. All are visual. When possible, use the injured party’s own words to paint a picture the jury can understand.

Have a family member or close friend testify as to what they witnessed in relation to the injuries. For example, describe how they went to a movie and the plaintiff could not sit through the whole feature. Have the spouse testify how the sleeping habits have changed due to the fact the pain kept waking the other spouse up or didn’t allow them to sleep through the night.

You should call a doctor or chiropractor to establish injuries. Meet with them before they testify in their deposition or a trial. Make sure that they have all the medical records and bills. This includes prior medical records. The defense doctor will have all the records and generally try to relate the injury to a prior pre-existing condition. Be prepared by having your medial treater familiar with the records. Your doctor will testify before the defense doctor and should be able to counter the defense arguments before they happen.

Question the treating physician about why your client has pain. Explain why they cannot raise their arm(s) or turn their neck. Go to the Internet and obtain photographs of muscle groups that are affected. The doctor can explain what happens when a muscle is stretched or injured. What does therapy do to alleviate pain? Describe the different types of therapy such as hot and cold packs, ultrasound, etc. Will the injury completely heal or will there be problems in the future?

What is arthritis? Will there be arthritis in the future? What needs to be done to alleviate pain in the future? Paint a visual picture so that the jury can visualize the injury. The longer the injury lasts, the larger the compensation should be. The doctor is the best source for describing this.

Your argument must be creative and you must step into the life of your client. Make the jury understand the injury and feel and understand the pain involved. You are the artist who paints the picture from the moment the client is interviewed. You must make emotion an issue. 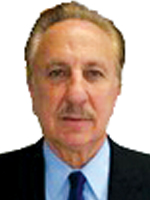 Robert S. Fink is a Past President of CAALA and is a longtime Board of Governors member. He frequently lectures for both Consumer Attorneys Association of Los Angeles (CAALA) and Consumer Attorneys of California (CAOC). Mr. Fink has been practicing law for over twenty years and has tried numerous cases. He frequently acts as both arbitrator and mediator in civil litigation matters and is a member of the Superior Court’s Alternative Dispute Resolution Committee. Mr. Fink received his J.D. from Whittier College of Law in 1975.