The complex yet presentable world of Regional Pain Syndrome

Reflex sympathetic dystrophy (RSD), also known as complex regional pain syndrome (CRPS), is a complex, chronic-pain syndrome that can affect any part of the body. It typically manifests in the extremities – hands, feet, arms, legs, shoulders or knees. It has been known by various names including algodystrophy, Sudeck’s atrophy, causalgia, and sympathetically-maintained pain.

How long has it been around?

Over a hundred years. This syndrome has been recognized since the Civil War when a Dr. Mitchell noticed that soldiers who did not sustain the loss of a limb but had a direct impact by a cannon ball or a blow sustained episodes of severe pain. There was observed vasoconstrictive and vasodilating effects on the blood vessels which caused pain of such magnitude that some of the patients considered suicide.

In 1994, a consensus group of pain-medicine experts gathered by the International Association for the Study of Pain (IASP) agreed on diagnostic criteria for reflex sympathetic dystrophy (RSD) and causalgia, and renamed them complex regional pain syndrome (CRPS) types I and II, respectively. These designations were determined by the type of inciting event, rather than by any differences in clinical presentation or pathophysiology.

CRPS type1 may be caused by a noxious event, such as a crush of soft tissue but shows no discernible nerve injury, just the pain and other signs that arise after a physical injury or other trauma. Typically there may be damage to the tiny nerve fibers responsible for transmission of information relating to pain sensation.

CRPS type 2 is characterized by the presence of a defined nerve injury and known or identifiable evidence of injury to the nerves, for example, a trapped or severed nerve, a spinal-cord injury or stroke triggering the condition.

Both types demonstrate continuing pain, allodynia, or hyperalgesia that is usually disproportionate to the inciting event.

Ugly. The affected limb looks swollen, discolored, sweaty, has decreased range of motion, may have a tremor. Nails grow hard and ridged. Course hair may sprout from limb. The texture of the skin may be shiny and thin. Show the jury photographs of flare-ups. An acute flare-up is truly shocking when you compare an unaffected to an affected limb.

Painful. Talk to your client. He or she is probably experiencing some if not all of the following symptoms. Help your client to verbalize how it feels so the jury can visualize the pain and incapacities.

(1.) Severe, chronic pain often described as stinging or burning. Typical are sensory abnormalities such as pain due to a stimulus which does not normally provoke pain (allodynia — for example the misperception of a stimulus like tepid water splash causing sharp hot flashes or feeling like ice shards) or increased sensitivity to stimuli (hyperesthesia − for example stroking an arm does not feel like gentle touch but like sharp pain). For some people, this pain remains chronic and unremitting.

(2.) Evidence of edema, changes in skin blood flow revealed by color changes and skin temperature changes. In the acute phase, the limb is often warm and increases in sweating (hyperhidrosis). In the chronic phase there is atrophy, blueness, coldness and cyanosis of the nail beds which become cracked or linear due to the lack of blood flow.

(3.) Your client probably has physical disabilities and limitation of movement which may be accompanied by tremor.

(4.) All of these symptoms impair quality of life leading to depression, fear, anxiety and probably anger over why this happened. Sometimes relentless pain can make someone think suicidal thoughts.

Why did your client develop this?

Your client would have had a causal injury that triggered an immune response leading to the inflammatory symptoms of redness, warmth, and swelling in the affected area. For this reason, it is believed that CRPS may represent a disruption of the healing process. Even in cases involving an injury only to a finger or toe, pain can spread to include the entire arm or leg. In some cases, pain can even travel to the opposite extremity. Women develop it more often than men.

How is it diagnosed?

How RSD/CRPS is diagnosed is based on factors such as signs/symptoms, physical examination, special diagnostic tests, and sympathetic nerve blocks.

How do you treat it?

It is incurable. However, if this disease is caught early enough in its course, it stands a much greater chance of being put into remission. Sadly, many patients report the disease coming back months or years later from a second injury. That injury can be in a totally different place or the same place. It can even be many, many years later. Because currently there is no known cure, treatment is aimed at controlling and reducing the severity of the symptoms:

(3.) Interventional procedures for severe RSD/CRPS pain that does not respond to pain medications include: nerve blocks; chemical and surgical sympathectomy; spinal-cord and peripheral-nerve stimulation; and implantable spinal pumps. If a patient shows improvement from blocks, a surgically-implanted pump can be inserted. But sometimes this can lead to complications, or it may stop working and have to be removed.

What else to tell the jury?

Apart from the horror of ongoing pain, an engorged and discolored limb and a possible lifetime of periodical invasive and possible surgical interventions and never-ending drug use, RSD/CRPS erodes quality of life. Communicate to the jury how your client is trying to make the best of his or her pain (and probably physically and emotionally) impaired life. Discuss how difficult it has become to perform simple activities of daily living we take for granted. Discuss employment issues which may include inability to properly perform at work, job loss and frequent absences. Discuss social issues, such as missing family activities or not being able to participate in outings with friends. Share painful personal issues, such as a diminished sex drive and loss of self-esteem. Share how it feels living with an incurable illness which may one day spread throughout the body.

What will the defense say?

How to handle this?

Make sure that any sub rosa surveillance does not contradict testimony. Keep an eye on your client’s treatment and communicate with the doctors if necessary. Find a good expert who can properly present the severity of this syndrome. 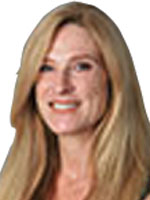 Geraldine Weiss is an associate at the Law Offices of Michael J. Piuze, Los Angeles, which specializes in major personal injury cases. She has been involved in several record-breaking verdicts ranging from civil rights violations to tobacco litigation. She was educated in England and obtained her undergraduate degree from the University of Cardiff in Wales and her J.D. from Whittier Law School.