Encephalopathy for these purposes is “a clinical syndrome of disturbed neurologic function in a term or near-term infant usually manifested by decreased level of consciousness or seizures, and which may be accompanied by depressed muscle tone and reflexes and difficulty initiating or maintaining respirations.”

Asphyxia in this setting implies a reduced amount of oxygen and the blood needed to deliver that oxygen to the brain and other body organs.

Human studies of hypothermia applied in this setting conducted between 1998 and 2005 have consistently shown its safety. Subsequent studies from 2005 to 2011 demonstrated its effectiveness as well.

Outcomes have now been reported for children up to 6-7 years of age and have shown improvements in both the severity of the disability and overall survival.

The National Institute of Child Health and Human Development’s Neonatal Research Network and its researchers have developed a scoring system based on MRI patterns for neonates who suffered from an asphyxial event near birth. Scores from zero to three characterize MRI patterns of injury from minimal to severe. The study concluded that there was “an excellent correlation between MRI evidence of neonatal brain injury and outcomes of death or disability at 18-22 months of age.” Each point in the scoring pattern increased by twofold the odds of death or disability.

Hypothermia methods being used currently are either whole body or head cooling alone. Treatment is reserved only for term babies not preemies. Current restrictions include having the therapy start within six hours of birth, for a duration of 72 hours, with slow rewarming from a temperature of between 33.5 and 34.5 C. (92.3-94.1 F)

The most current NRP (Neonatal Resuscitation Program) guidelines (2011), a joint publication of the American Academy of Pediatrics and the American Heart Association, recommend considering therapeutic hypothermia after emergent resuscitation of an asphyxiated newborn if the gestational age is 36 weeks or more and there is evidence of an acute hypoxic-ischemic event;

If the birth hospital does not have a well-defined protocol and the ability to implement safe and effective therapeutic hypothermia, then transfer to another institution with this capability is required.

Guidelines for treatment with therapeutic hypothermia in newborns at two of the major children’s hospitals in Southern California require:

Age 36 weeks or above at delivery

If a cord blood gas is available, a pH of 7.0 or lower or base deficit greater or equal to 16 mEq/L

If no cord gas is available or the pH of the cord gas is 7.01 to 7.15 or the base deficit is between 10 and 16 mEq/L, then either an Apgar score of 5 or less at 10 minutes or the continued need for assisted ventilation at birth and for at least 10 minutes afterward.

Entry criteria for cooling at these hospitals also include a history of an acute perinatal event such as an abruption, cord prolapse, or severe fetal heart rate abnormalities requiring resuscitation at birth.

Potential liability of health care providers regarding cooling includes the failure to adequately assess the neonate for therapeutic hypothermia and/ or treat appropriately and, among other things:

Failure to recognize the need for hypothermia

Plaintiffs’ attorneys should be aware that failure to properly assess and/or treat asphyxiated newborns with hypothermia exposes the health-care providers to liability and, secondly, that a “normal” post-cooling MRI does not rule out an asphyxial injury. 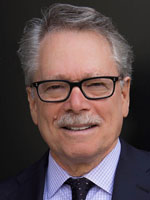 Philip Michels has practiced trial law for over 30 years. He is a California State Bar recognized specialist in Medical Professional Liability; CAALA Trial Lawyer of the Year-2003; and voted by the American Trial Lawyers Association as one of theTop 100 Trial Lawyers in California. His firm handles a broad range of catastrophic injuries, especially birth and brain injuries. He is a past-president of the Consumer Attorneys of Los Angeles. www.michels-lew.com