Immunities for California public entities and their employees

How to analyze your case for potential governmental immunities

A public entity in California is not liable for a tortious injury caused by an act or omission of a public entity or public employee or any other person, except as otherwise provided by statute. (Gov. Code, § 815(a).) As such, sovereign immunity is the rule in California, and governmental liability is limited to the exceptions set forth by statute. (Cochran v. Herzog Engraving Co. (1984) 155 Cal.App.3d 405, 409.) The statutes that provide for liability do not need to be part of the Government Claims Act, and do not need to provide specifically on their face that they apply to public entities. (Rodriguez v. Inglewood Unified School Dist. (1986) 186 Cal.App.3d 707.)

The Government Claims Act does include sections that enable tort claims against a governmental entity, which include, among others, Government Code sections 815.2(a), 815.4, and 835. Once a litigant establishes governmental liability after successfully imposing a duty, the next threshold issue is whether any statutory immunity applies to bar the litigant’s cause of action, which is the topic of this article. (Davidson v. City of Westminster (1982) 32 Cal.3d 197, 202.) As a practical matter, it is important to understand how each immunity has been applied and whether it applies to your case. Every litigant should be prepared to show that the immunity does not apply, and anticipate that the immunity can be raised by the public entity when denying the claim, answering the complaint, in a demurrer, or by way of a summary judgment motion.

Government Code section 815.2(b) states that a public entity is not liable for an injury if the employee is immune from liability. Government Code section 820.2 then provides that a public employee is immune from liability if the act or omission resulting in injury was the result of the exercise of the discretion vested in the employee, whether or not such discretion was abused. This immunity ensures that public employees who exercise discretionary acts within the scope of their employment will remain immune from lawsuits.

In determining whether an act or omission is discretionary, you have to examine the factual circumstances in light of the basic policy reasons behind this immunity; this reason was summed up by the California Supreme Court as the need for “judicial abstention in areas in which the responsibility for basic policy decisions has been committed to coordinate branches of government.” (Johnson v. State (1968) 69 Cal.2d 782.) As a result, the availability of immunity turns on whether the act or omission constituted an exercise of discretion in the making of a basic policy decision at the planning stage rather than at the operational level of government decision making incident to normal operations, with the latter not being immune. (Barner v. Leeds (2000) 24 Cal.4th 676, 685.) In determining whether an act is discretionary or ministerial (i.e., not immune), one has to determine whether the act or omission involved a conscious balancing of risks or advantages, or whether the act or omission amounted to obedience or orders that leave the officer no choice, where the act or omission was governed by specific statutory or regulatory directives. (Scott v. County of Los Angeles (1994) 27 Cal.App.4th 125.)

Cases in which immunity applied:

Cases in which immunity did not apply:

Penal Code section 1618 is even more expansive than Government Code section 820.2(b) in that it shields both agencies and their employees from liability, and applies to all who provide screening, clinical evaluation, supervision, or treatment, and it does not contain a negligence exception.

The thing to remember is that government officials are liable for negligent performance of their ministerial duties, but are not liable for their discretionary acts within the scope of their authority, even if it is alleged that they acted maliciously. (Muskopf v. Corning Hospital Dist. (1961) 55 Cal.2d 211.) Further, there is no requirement of a strictly careful, thorough, formal, or correct evaluation since such a standard would obliterate an immunity designed to protect against claims of carelessness, malice, bad judgment, or abuse of discretion in the formulation of policy. (Caldwell v. Montoya (1995) 10 Cal.4th 972.)

Design immunity is codified in Government Code section 830.6. It is one of the most heavily used tools by public entities to avoid liability for dangerous conditions of public property. Please refer to Scott Boyer’s article in this issue, “Proving a Condition of Public Property Is Dangerous,” for an in-depth discussion of this immunity.

Other immunities regarding dangerous conditions

A dangerous condition is defined as a condition that creates a substantial risk of injury when the property is used with due care in a reasonably foreseeable manner. (Gov. Code. § 830.) A public entity’s liability for property defects is governed by the provisions set forth in Government Code sections 830-835.4. These code sections have also been examined in Scott Boyer’s article.

There are a lot of miscellaneous provisions granting immunity:

However, a negligence claim alleging a county’s breach of a mandatory duty to review water quality monitoring reports was not barred by these immunities because a nondiscretionary act was alleged. (Guzman v. County of Monterey (2009) 178 Cal.App.4th 983.) Note, this immunity applies only in connection with discretionary activities, and not in connection with mandatory duties under Gov. Code, § 815.6. (Walt Rankin & Associates, Inc. v. City of Murrieta (2000) 84 Cal.App.4th 605.)

A public employee is immune from liability for an injury caused by executing or enforcing laws, if done while exercising due care. (Gov. Code, § 820.4.) But this code section does not exonerate a public employee from liability for false arrest or false imprisonment. For instance, a county sheriff was not entitled to immunity for his failure to release a prisoner from county jail after all charges against the prisoner were dismissed. (Sullivan v. County of Los Angeles (1974) 12 Cal.3d 710.)

This immunity covers a negligent failure to make an inspection and negligence in the inspection itself, but it does not provide immunity if a public employee who is for example inspecting a building under construction negligently causes a plank to fall on a worker and injures that worker. The purpose of this immunity is to protect public entities from the risk of exposure to liability for virtually all property defects within its jurisdiction.

For instance, in Haggis v. City of Los Angeles (2000) 22 Cal.4th 490, the court barred an action against the city by a property owner who alleged that the city failed to record the result of an inspection following an earthquake which resulted in landslides and lowered property values in the area. (See also Gov. Code, § 821.4.)

While this list is not exhaustive, it is my hope that this article provides a useful source of information to reference when analyzing your case for potential governmental immunities. 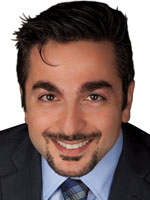 Arash Arjang is an associate at Yarra Law Group, in Fresno, California. He received his undergraduate degree from the University of California at Los Angeles, and his Juris Doctor from Southwestern Law School in 2010, graduating with Honors. He was also an associate editor of Southwestern’s Law Review. Arash currently works in the civil litigation department and practices in a wide array of fields. 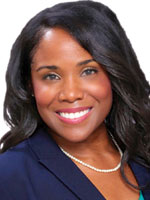 Joanna R. Allen is a trial attorney at AlderLaw PC, where she represents plaintiffs in all areas of civil litigation, including catastrophic personal injury, wrongful death, premises liability and insurance bad faith. She is passionate about fighting for the underdog, as she has proven throughout her career focused on litigation. Ms. Allen is a member of the Education Committee of CAALA, and Chair of the Young Lawyers Committee of the Black Women Lawyers Association of Los Angeles. She received her J.D. from Southwestern Law School, and her Bachelor’s Degrees in Journalism-Advertising, Political Science and Spanish from the University of Missouri-Columbia. She is fluent in Spanish. www.alderlaw.com.