Under the FTCA, administrative remedies must be exhausted prior to filing a personal injury lawsuit against any agency of the U.S. government

The practitioner must exhaust administrative remedies under the Federal Tort Claims Act before filing a tort lawsuit on behalf of a client for personal injuries against a federal governmental entity. Failure to do so could very well be a death knell to the case and create a potentially dispositive defense that will be utilized by government defense counsel at every stage of litigation, including via motion to dismiss, motion to strike, motion for summary judgment or at trial. Thus, exhaustion is a critical pre-lawsuit requirement requiring the practitioner’s utmost focus in representing their clients.

When an individual is injured due to the negligence of any employee of the United States who is acting in their role as a government employee at the time the negligence occurs, then there can be a viable cause of action on behalf of the injured person. Such a lawsuit is brought not against the individual employee (except for violations of the Constitution or statutes authorizing suit against federal officers individually, which is outside the scope of this article), but against the United States government under the Federal Tort Claims Act. (28 U.S.C § 2679(b)(1).)

Personal injury suits against a federal government entity are subject to pre-lawsuit claim filing requirements imposed by the Federal Tort Claims Act (“FTCA”). (28 U.S.C. § 2671 et seq.) Examples of potential negligence claims against the federal government include a plaintiff’s slip and fall in a United States postal office; a traffic accident involving an agent from the Federal Bureau of Administration; or a medical malpractice claim against a Veterans Administration physician. If your client has such a claim, often your only option is to sue the federal government under the Federal Tort Claims Act or FTCA. However, unlike a negligence claim against a private citizen or entity, a plaintiff with a personal-injury claim against the federal government must exhaust his administrative remedies under the FTCA before filing suit, which must be brought in federal court. Thus, in these cases it is imperative that all of the requirements of the statute are followed by the practitioner.

In general, the FTCA is intended to provide monetary compensation for injury, property loss, or death “caused by the negligent or wrongful act or omission of any employee of the Government.” (28 U.S.C. § 1346(b).) For FTCA purposes, U.S. government “employees” include: officers or employees of any federal department, branch or agency; members of the U.S. military or naval forces; members of the National Guard while engaged in certain training or duty activities; natural persons “acting on behalf of” a federal department, branch or agency “in an official capacity;” and officers or employees of a federal public defender organization (except when performing “indigent defense” work. (18 U.S.C. § 3006A); 28 U.S.C. § 2671; Adams v. United States (9th Cir. 2005) 420 F3d 1049, 1050.)

Limitations to filing an FTCA claim

There are limits to what kind of cases can be brought under the FTCA that are specified in 28 U.S.C. § 2680. Some general guidelines regarding the limitations on FTCA claims are as follows:

Thus, the practitioner has two years from the time the plaintiff’s claim arises to file an administrative claim with the appropriate federal agency. As the exact date when plaintiff’s claim arose could be unclear, it is important for the practitioner to file the administrative claim as soon as possible to try to avoid any chance of it being rejected as untimely.

In a typical lawsuit claiming negligence, the practitioner more or less proceeds straight to court. However, to sue under the FTCA, the practitioner must first file a claim with the federal agency responsible for the alleged misconduct. For example, if your claim is based on an accident at the post office, you would file your claim with the U.S. Postal Service. During this phase of the process, while your claim is being reviewed by the federal agency, it is referred to as an “administrative claim.”

The administrative claim under the FTCA must include the exact amount of money damages plaintiff is claiming, as well as sufficient facts to allow the federal agency to investigate the merits of your client’s claim. (See 28 U.S.C. § 2675; Johnson by Johnson v. U.S. (2nd Cir. 1986) 788 F.2d 845 [for purposes of exhaustion under Federal Tort Claims Act, administrative claim need not meet formal pleading requirements, so long as claim is specific enough to serve purposes of easing court congestion and avoiding unnecessary litigation, while making it possible for Government to expedite fair settlement of tort claims]; Donahue v. U.S. Transp. Sec. Admin. (E.D.N.Y. 2006) 457 F.Supp.2d 137 [airline employee’s notice of claim, alleging that he was injured due to fact that Transportation Security Administration (TSA) vehicle blocked sidewalk used by airline employees to enter and exit airport, was not specific enough to satisfy presentment requirement for filing claim against TSA under FTCA where  there was no information in the notice of claim as to how employee was injured, the cause of the injury, how that injury was related in any way to the manner in which a TSA vehicle was parked at airport, or the nature of the alleged injury].)

Although not strictly required, an appropriate way to prepare plaintiff’s administrative claim is to use the federal government’s standard claim form, known as a Standard Form 95 or SF 95, which has boxes for all the requisite information. The practitioner can obtain a copy of the form from the United States Department of Justice’s website at www.usdoj.gov by typing “standard form 95” or words to that effect into the search box or the practitioner may request a copy from the federal agency to which plaintiff’s claim will be submitted. (Tucker v. U.S. Postal Service, (3rd Cir. 1982) 676 F.2d 954 [plaintiff’s Form 95 notice to Postal Service that she was claiming damages for personal injuries received in motor vehicle accident was sufficient for purposes of FTCA, and fact that plaintiff failed to forward itemized medical bills did not preclude recovery].)

28 U.S.C. § 2401(b) also establishes a second limitations period – that “[a] tort claim against the United States shall be forever barred ... unless action is begun within six months after the . . . final denial of the claim by the agency to which it was presented.” (28 U.S.C. § 2401(b).) Thus, if the federal agency rejects your client’s FTCA claim or refuses to pay all the money damages demanded in the FTCA claim, the practitioner would have six months from the date on which the decision is mailed to file a lawsuit.

Nevertheless, time limitations under the Federal Tort Claims Act are nonjurisdictional and subject to equitable tolling. (United States v. Kwai Fun Wong (2015) 135 S.Ct. 1625, 1632-1633 [doctrine applied where plaintiff timely attempted to assert FTCA claim but was unable to do so because of delays beyond her control in district court’s handling of case [resolving circuit split over applicability of doctrine]]; Valdez ex rel. Donely v. United States, (2nd Cir. 2008) 518 F3d 173, 183 [U.S. Government’s failure to notify patients that doctors at a healthcare facility were federal employees was ground for equitable tolling of the statute of limitations on a malpractice claim against the U.S. under the Federal Tort Claims Act].)

Once the practitioner has exhausted administrative remedies under the FTCA by submitting the claim to the appropriate government entity within two years and having it rejected, the practitioner is eligible to and must proceed to file the lawsuit within six months of the rejection. In this regard and significantly, lawsuits for tort claims governed by the Federal Tort Claims Act must be filed in in federal court. (28 U.S.C. § 1346(b); United States v. Park Place Assocs., Ltd. (9th Cir. 2009) 563 F3d 907, 924; Glorvigen v. Cirrus Design Corp. (8th Cir. 2009) 581 F3d 737, 742.) Such actions may be filed either where the plaintiff resides or where the act or omission occurred. (28 U.S.C. § 1402(b); see Del Raso v. United States (7th Cir. 2001) 244 F3d 567, 570, fn. 1.) Thus, the practitioner must file the lawsuit in the United States District Court either where the plaintiff lives or where plaintiff’s claim arose.

In filing the lawsuit in federal court pursuant to the FTCA, the practitioner must be aware of certain key distinctions from a typical federal lawsuit. In this regard, such a lawsuit:

“shall not be instituted for any sum in excess of the amount of the claim presented to the federal agency, except where the increased amount is based upon newly discovered evidence not reasonably discoverable at the time of presenting the claim to the federal agency, or upon allegation and proof of intervening facts, relating to the amount of the claim.” (28 U.S.C. § 2675(b).) Moreover, the trial of such a lawsuit will be by the court without a jury. (28 U.S.C. § 2402.) Also, punitive damages are not available as the United States is not liable for punitive damages in cases brought under the Federal Tort Claims Act. (28 U.S.C. § 2671 et seq.; 28 U.S.C. § 2674; see Molzof v. United States (1992) 502 US 301, 308, 112 S.Ct. 711, 716 [damages exceeding or unrelated to monetary loss not necessarily punitive under FTCA].) Further, there is also a limit on the contingency percentage that can be charged in Federal Tort Claim actions. Indeed, it is a federal crime to enter into a contingency fee agreement in these cases for more than 25 percent of the judgment or post-filing settlement. (28 U.S.C. § 2678.)

In summary, upon being retained by a plaintiff with a tort claim against a federal governmental entity or employee, the practitioner must immediately calendar deadlines with respect to exhausting administrative remedies under the Federal Tort Claims Act prior to filing a lawsuit. The most pressing deadlines are to present the FTCA claim to the appropriate federal governmental entity within two years and to file the lawsuit complaint in the appropriate federal district court within six months of the notice of rejection of the claim by the federal governmental entity. While equitable tolling of these deadlines may be available to the federal court, it is utilized sparingly by federal judges. After filing in federal court, the practitioner should thoroughly review the Federal Rules of Civil Procedure and the local rules of the United States district court and calendar all deadlines accordingly at the outset and throughout the litigation. 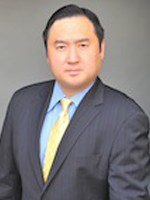 Gerald S. Ohn is the Managing Principal of the Law Offices of Gerald S. Ohn, APC in Los Angeles. He received his J.D. from the University of Michigan Law School in 2001 and his B.A. from Brown University. His practice areas include civil rights, class actions, mass torts, habitability, personal injury and business litigation. Mr. Ohn is a former Deputy Attorney General for the State of California. He was selected by the Rue Ratings’ Best Attorneys of America for the 2015 list. From 2012-2014, Mr. Ohn was selected as a Rising Star by the Southern California Super Lawyers.