It can be a tricky game, but doing it early and correctly can produce great results for your client

Having practiced in the area of premises liability for many years now, I have run into just about every conceivable situation where a surveillance video could have caught the incident in question. There are no established rules when it comes to how these videos are preserved at various locations, but there are some things you can do to preserve what may still exist.

Time is of the essence

There is nothing worse than getting a potential client calling me regarding a slip and fall, only to learn that it happened six months ago. However, this is not the be-all and end-all. The preservation of video surveillance varies greatly from place to place and certain occurrences can trigger the preservation of video surveillance, but not indefinitely.

My advice upon receiving a new case where video surveillance may be available is to send out a preservation-of-evidence letter as soon as possible. Some facilities, if they are not aware of an incident, will destroy the video each day. Some places destroy video after three days, others after two weeks and some after a month or longer. Alerting the potential defendant or nearby store that they may be in possession of important evidence regarding an accident as timely as you can is the most important step. Waiting weeks or months to try and preserve evidence could make or break your case.

When requesting a location to preserve evidence I always cite to law regarding spoliation and “willful suppression of evidence.” Making the point that their destruction of any video surveillance could be used against them typically gets them to act in a forthright manner.

Keep an open mind when making video requests. Often, the defendant in question is not the only video source that may have captured the incident. Go to the location and ask nearby stores or ask the property management company if they have surveillance of the area. The Freedom of Information Act can also make obtaining video from government-owned cameras obtainable. Getting to the scene early is imperative.

If no incident report was made, you should have no expectation that a video was preserved and therefore you will need to send out a preservation letter.

If there was a major injury and the police/fire/ambulance came to the scene, you can and should argue that the video surveillance should have been preserved. In fact, many places have a policy that the video be preserved in the case of a major injury. Frequently, the client will be injured in such a way that an incident report is not likely. If that is the case, be sure and follow up with a preservation letter. Definitely inquire about any of these policies at your PMK deposition.

Timely notice and incident report but no production? Discovery and trial tactics

Unfortunately, we are no longer working in a profession where people play fairly. The more you practice in this arena, the more you will hear this: “If the video is good for them they will produce it. If the video is bad for them they won’t show it to you.” If there was timely notice to preserve the video and the defense still refuses to produce it, you can rest assured that you have a good case. The only videos ever provided to me pre-litigation were videos I wish I had never seen.

If the video is not produced you will have to litigate the case, potentially even filing a motion to compel. You may eventually hear that the video was destroyed along the way. In that instance, it will be good to produce the preservation of evidence letter you sent out at the beginning of the case. It will help to push the jury in the direction of deceit and intentional mishandling of evidence by the defendant.

Another useful tactic is laid out in the Discovery Act. Request that defendant comply with section 2031.230, which requires that the responding party state whether the document (video) never existed, or, if it did exist at some point but they don’t have it anymore for any reason, requires them to say what they think happened to it (destroyed, lost, in possession of someone else, etc.). Getting the Defense to admit that the video did exist at one point but has been destroyed for whatever reason can be a gold mine.

In this type of instance you should ask for CACI 204 at the time of trial, which states:

You may consider whether one party intentionally concealed or destroyed evidence. If you decide that a party did so, you may decide that the evidence would have been unfavorable to that party.

Showing your preservation letter, getting testimony regarding corporate policies for preserving the video and evidence of incident reports will bode well for you in convincing a Judge to give this damaging instruction.

In Cedars-Sinai Medical Center v. Superior Court (1998) 18 Cal.4th 1, 12, a case concerning the tort of intentional spoliation of evidence, the Supreme Court observed that trial courts are free to adapt standard jury instructions on willful suppression to fit the circumstances of the case, “including the egregiousness of the spoliation and the strength and nature of the inference arising from the spoliation.”

The rule of [present Evidence Code section 413] . . . is predicated on common sense, and public policy. The purpose of a trial is to arrive at the true facts. A trial is not a game where one counsel safely may sit back and refuse to produce evidence where in the nature of things his client is the only source from which that evidence may be secured. A defendant is not under a duty to produce testimony adverse to himself, but if he fails to produce evidence that would naturally have been produced he must take the risk that the trier of fact will infer, and properly so, that the evidence, had it been produced, would have been adverse.

In short, obtaining video surveillance can be a tricky game but doing it early and correctly can produce great results for your clients. 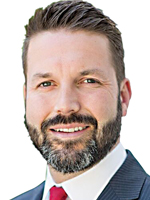 Jeffrey Greenman is a solo practitioner at Greenman Law P.C. in Aliso Viejo. He specializes in catastrophic personal injury and medical malpractice cases. He is a third-generation attorney. He graduated from the University of Washington and Chapman University School of Law, has been a CAALA member since 2007, and was the first-ever recipient of CAALA’s “Rising Star” award in 2012. That year he was also nominated for CAALA Trial Lawyer of the Year.