A traffic collision reconstruction utilizes information and data gathered from many sources. Sources of information include but are not limited to traffic reports, vehicle and scene photographs, statements and testimony. Additional sources may include vehicle specifications, scientific literature, and forensic testing. However, physical evidence is vital to the improved accuracy of a complete collision reconstruction.

Rollover collisions are a unique category of all automobile collision types. Other categories include intersection, rear-end or head-on collisions, collisions with fixed objects, or side impacts. Traffic collisions may also involve motorcycles, bicyclists, and pedestrians. With each category of collision, specific methods of interpreting and analyzing a unique set of physical evidence may be employed.

Law enforcement investigators often photograph the vehicle and any physical evidence they believe is relevant to a particular incident, especially in cases involving severe injuries and/or fatalities. Now more popular than ever before, investigators use Total Stations, Lidar or other measuring devices to accurately document the location of physical evidence.

This article examines frequently observed roadway and vehicle physical evidence and their specific role in the rollover collision reconstruction.

Wheel impacts also occur off the highway and reveal a circular shape, as shown in Photo 7. Identification of the wheel that created the artifact, i.e., left or right side, front or back, will depend on the location and orientation of the crescent relative to the roll direction and whether it is a driver side or passenger side leading rollover. Distinguishing between left and right side wheel impacts will help characterize the vehicle rollover dynamics.

Once trip speed and roll count are identified, roll rates can then be determined for each individual rotation (360°). Roll rates (units deg/sec) are calculated by dividing 360° by the time (units of seconds) over which the vehicle rolled between two adjacent roll orientations. Adjustments to the degrees over which the vehicle rotates can be made based on the corresponding vehicle orientation at the time physical evidence is created. 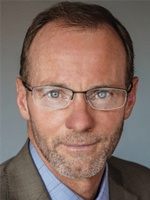 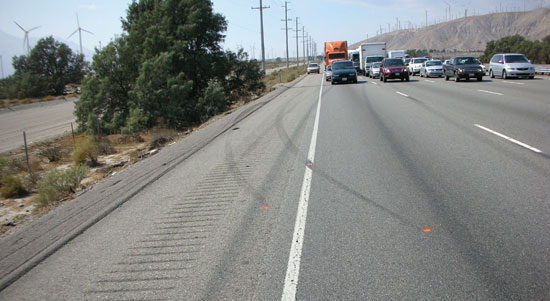 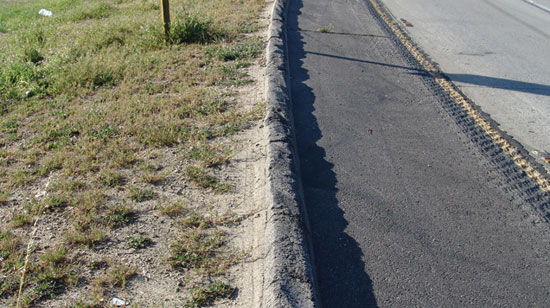 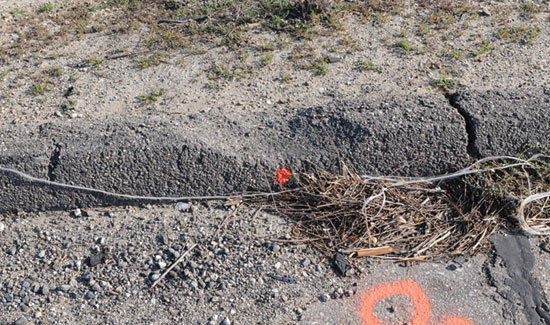 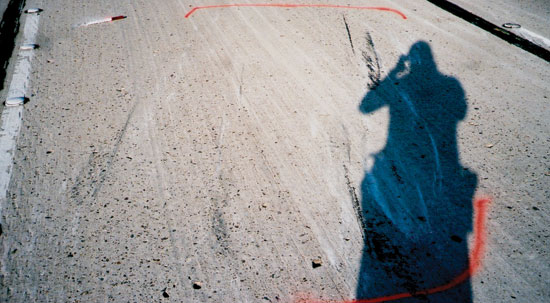 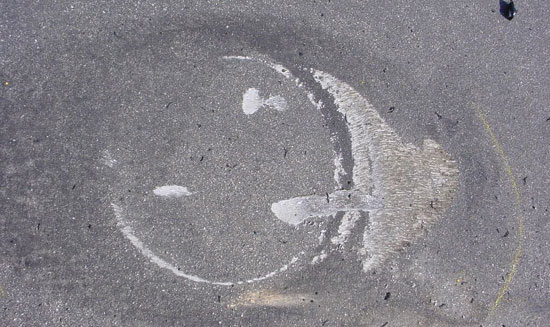 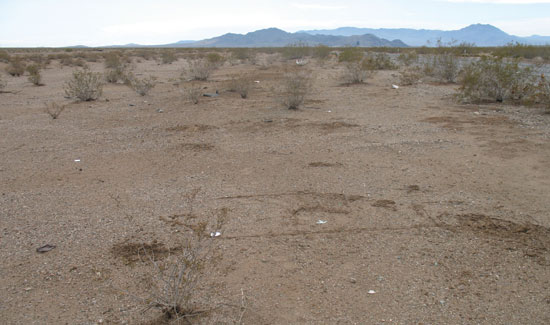 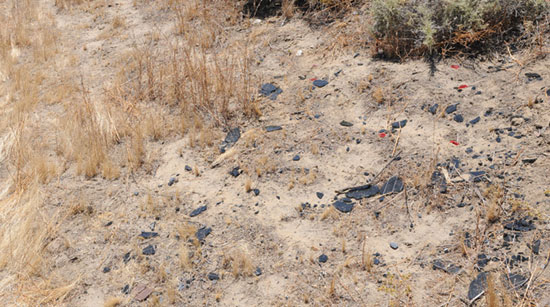 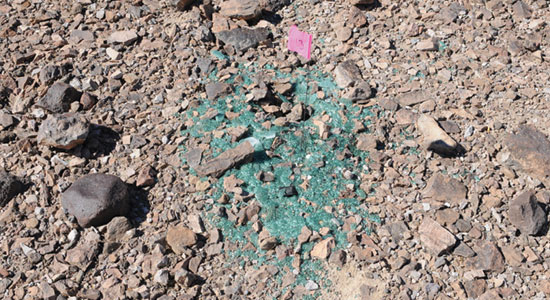