Each catastrophic-injury case is different, but there are similarities that are the basis for determining the type of structured settlement to create.

A 16-year-old teen was practicing for a motocross race on a racetrack. He slammed the front tire of his dirt bike into a hidden rock. The crash severed his spinal cord and he became paralyzed below the chest. His racing career was cut short and he now spends his time in a wheelchair.

In the case of this young teenager, financial questions about schooling, work, mobility and long-term medical needs come into play. Judges typically require structured settlements for injured minors because the money can be designated for specific medical requirements or living expenses throughout the young person’s life. And most importantly, the money can’t be spent unwisely.

With a structure, the teenager can be assured he will receive guaranteed income for life. This is important, because it means he will have the funds for future lifetime attendant care, to retrofit a car so he can drive or a home to accommodate his disability. He will have money to pay for health-related expenditures and for most anything else that arises in his life – long after his parents are no longer able to care for him.

If the teenager’s parents had insisted on taking a lump sum settlement and the judge agreed, not only would any interest earned on the money be immediately taxable (structured settlement payments paid over time are state and federal tax free), but there is no guarantee that the money will always be there for the injured party for the rest of his life. Even the best-intentioned parent or soon-to-be adult plaintiff can be swayed to put the settlement funds into “can’t miss” investment deals that promise large returns but often end up in disaster.

Structured settlement funds are placed in annuities that invest in safe investments including Treasury securities. While returns on the underlying investments are at low levels, once state and federal tax-free status is factored in, the returns are comparable to most current safe and secure taxable securities.

Structure for a teenager

The structured settlement for the teenage boy in the above example could look something like this. The family settles with the racetrack owners for $3 million. The teen will receive $1.5 million up front to pay for medical costs, fees, a retrofitted car and tuition since college is just on the horizon. He will then receive $8,000 a month for life from an annuity where the remaining $1.5 million of the settlement is placed. Since the funds in the annuity compound tax free, the actual amount the teenager would receive over his expected life span would accumulate to $4.3 million.

For adults who are catastrophically injured and who have dependents, other issues must be considered. For example, a married 52-year-old father of three underwent surgery to repair an abdominal aortic aneurysm. After the patient’s transfer out of ICU, he was not regularly monitored as was mandatory. As a result, he could not breathe and suffered respiratory arrest and heart failure. The patient was revived but suffered catastrophic brain damage. His medical care, his loss of income and his family’s current and future living expenses needed to be taken into account.

In this case, the medical malpractice lawsuit was settled for $3.251 million. His insurance paid for the initial medical bills but an additional $200,000 in cash up front was necessary to pay for added therapy and early in-home personal care. He will receive $10,000 a month for life to compensate for his family’s loss of income, increasing at a 3 percent rate to factor in inflation. The money will compound tax-free over the years for an expected lifetime yield of $6.2 million. The money will also go to pay for future medical treatment and other out-of-pocket expenses.

Some may think that older catastrophically injured individuals (usually over age 65) do not need a structured settlement. After all, their life expectancy and earning power are such that the structure’s attractive tax and long-term planning benefits do not hold the same value as they would for someone younger. Older individuals may, however, need the protective benefits from a structured settlement. The structure protects the plaintiff’s settlement funds from unscrupulous friends or relatives and eliminates the temptation to place the money in speculative investments that are not guaranteed.

Life expectancy plays a big role in establishing damages when settling catastrophic injury cases. Determining life expectancy begins with the Social Security Actuarial Life Tables or the U.S. National Center for Health Statistics. The tables list people by age, gender and race. Settlements are calculated using life expectancy when the settlement funds have to pay for expenses throughout the injured party’s life.

Because injuries are so severe, damages are often calculated factoring in a shortened life expectancy. If the client must undergo surgeries or treatments, mortality rates and long-term complications from these procedures are a factor. A traumatic brain injury due to an accident or severe cerebral palsy as a result of an unhealthy delivery can significantly reduce life expectancy. Medical evaluations of the client help determine quality of life and life expectancy estimates. Understanding the long-term implications of an injury (including future treatments and surgeries) will help develop a structured settlement that addresses these issues.

Another matter to consider when negotiating a settlement: Life expectancy is often dictated by the amount of the settlement. For example, a settlement that enables a 20-year-old with brain damage to hire a nurse for assistance will usually result in a longer life for the young man versus a smaller settlement that does not make it possible for proper medical supervision and assistance.

Estimating the medical and daily living expenses of a catastrophically injured person can be a daunting task. Typically, a life-care plan is designed to project the medical and living expenditures over the estimated life span of the injured individual. If equipment (i.e., wheelchair, adjustable homecare bed, ventilator) is necessary, equipment costs, maintenance and replacement schedules are part of the estimates.

For example, an infant was born with cerebral palsy after a prolapsed umbilical cord was detected and an emergency cesarean section procedure was delayed. The parents sued the hospital and doctors and their attorney began negotiating a settlement with the defendants’ insurance companies. The infant would suffer from seizures, speech impairment and be wheelchair bound. She would always be dependent on others for daily living. As part of the settlement process, a life-care plan was prepared by an independent specialist that outlined the type of treatment the injured child would need throughout her life including how often, who would provide the treatment and the estimated cost. The detailed account included everything from adaptive toys until the child turned 14, to regular checkups, CT scans and EEGs, to the estimated number of trips to the emergency room.

The life-care plan specialist is brought into the settlement negotiations early on to help determine cost of care so the proper amount of funds is reserved for all current and anticipated expenses.

A pooled SNT (master trust) is approved and reviewed by the Social Security Administration (SSA). Pooled SNTs are not taxed at traditional tax rates. Pooled SNTs are taxed based on the plaintiff’s Maximum Adjusted Gross Income (MAGI). When a pooled SNT is combined with a structured settlement, minimal taxes and trust administration fees are incurred for the life of the trust. The aggregate savings to the plaintiff are substantial. Pooled SNTs are established and administered by a charity or non-profit association. A pooled SNT is the only type of SNT available to people age 65 or older (although it can be used at any age). To qualify for an SNT arrangement, the client must be totally and permanently disabled, unable to work and is receiving or is qualified to receive SSI, traditional MediCal or in-home support services. The aggregate value of medical coverage, tax-free income from SSI and in-home support services can approach $5,000 per month in benefits to the plaintiff.

For example, a 66-year-old injured male who is eligible for MediCal due to a severe injury or disability would lose MediCal benefits if he receives a litigation recovery. MediCal resource limits are $2,000 for an individual and $3,000 for a couple. Also, just spending down the funds does not necessarily mean the plaintiff can reapply. There is a three-year federal lookback period in California, (five years in most other states), which means asset transfers can create an ineligibility period. Fortunately, an injured party of any age or settlement amount can place structured settlement assets into a pooled SNT to preserve government benefits while receiving income from the settlement for medical needs. The trust can pay for private insurance premiums while able, but could use MediCal once funds dwindle.

If plaintiffs have Medicare, a Medicare Set Aside Arrangement (MSA) is a countable asset if not held in a trust. If an MSA were held in an SNT, the assets would not endanger MediCal or SSI benefits. When setting up a structured settlement involving an SNT with an MSA, advisors must be aware of federal and state requirements and follow them to the letter so not to forfeit the client’s ability to access government benefits. In addition, notice of the trust must be provided to the applicable state agency to avoid a suspension of benefits.

While it is important to educate the defense on the long lasting financial effects of a catastrophic injury to a client, we cannot forget to educate one very important person: the client.

Before settling any case, plaintiff’s attorneys should sit down with clients to explain their new financial realities and available options to ensure that their current and future financial needs are met. Sometimes it is a Special Needs Trust. Sometimes it is separate annuities. Without a structured payment plan, personal injury litigants can quickly burn through their money. Consider enlisting a financial advisor to discuss settlement options with clients. If the clients still decide to receive a lump sum payment instead of a structured settlement, ask that the plaintiffs sign a document stating that they received financial counsel and understand the possible financial pitfalls of taking settlement proceeds in a lump sum payout.

Settlement negotiations in a catastrophic injury case is the primary opportunity to ensure that the injured party and family have the financial means to live as normal a life as possible after a devastating, life-altering tragedy. Negotiating these kinds of cases is difficult and painful for all parties involved. A structured settlement is the means to guarantee that in 10, 20, 30 years or more, the settlement funds will still be working for them and their future will remain financially secure. 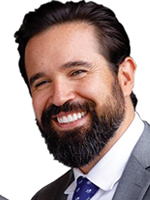 Robert T. Simon is co-founder of the Simon Law Group and acts as the primary trial attorney. He is a proud member of ABOTA, CAALA, CAOC, CASD and OCTLA, is a past president and active board member of Los Angeles Trial Lawyers’ Charities. 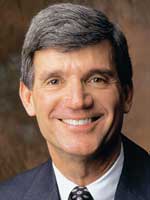 Patrick Farber is a structured settlements broker with Atlas Settlement Group in Southern California. He works with attorneys throughout the country to create structured settlement annuities for physical and non-physical injury cases. He provides support and advice during all phases of the settlement process – at no cost to attorney or client. pat@patfarber.com. 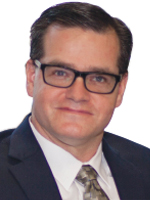