Five rather simple suggestions for your consideration in all negotiated settlements

Some years ago, comedian George Carlin did an irreverent routine about the Ten Commandments. He said that although 10 was a great number (indeed, the basis for the decimal system), many were duplicative and appeared to evidence Commandment “padding.” He determined two or three would suffice to cover all of the things one should never do. No doubt many of those who appreciated Carlin’s acerbic wit were praying that when his time came, He (and I don’t mean Carlin) had a sense of humor.

As a neutral, I thought I’d share some settlement Commandments. (“Suggestions,” really since I haven’t been able to order anybody to do anything since leaving the bench.) Like Carlin, 10 seemed a bit too many, so my 5 settlement “Suggestions” follow.

Be sure all the decision makers will be present preferably in corporeal, not spiritual, form. While having a higher authority available only by telephone may be unavoidable, the odds of settlement increase if everyone is on the same hallowed mediation ground at the same time. Distill the facts and law in your briefs down to five or so pages (plus any essential exhibits). If you can’t do that by the mediation date, you may have a problem should the case go to trial. Figure out what is driving the other side to litigate rather than settle. Even the most aggressively litigated cases aren’t always about money. One unfair competition case early in my career was certainly defensible. Before much money had been spent on defense, I suggested to my client’s principals they consider settling by offering the other side a multi-million dollar judgment. Based on the facts, the plaintiff, a large corporation, merely sought to humiliate my client, an upstart competitor, by making and publicizing its damaging accusations. So what better way to satisfy the plaintiff, and avoid any further expenditure on my client’s part, than to give the plaintiff what it could never achieve at trial?  Pursuant to our strategy, the settlement would provide that, while the plaintiff could advertise its settlement victory (without any admission of liability), it could never record or execute on its judgment.

To my clients’ surprise, the plaintiff accepted. The plaintiff thereafter issued numerous, pre-agreed upon, press releases touting its “victory.” These of course stated that, despite these horrible claims being made against it, my clients’ company had settled without any admission of liability. The parties also agreed that the plaintiff’s inability to ever execute on the judgment would remain confidential.

What the plaintiff had not considered was that my client might also want to tout the settlement. The market initially perceived my client as an insufficiently capitalized David, to be crushed by the Goliath of the industry. That perception changed when my client issued press releases suggesting it had entered into a settlement for “millions of dollars” to avoid the nuisance of litigation so it could focus on satisfying its customers’ needs. Suddenly, distributors lined up to buy my client’s products, now confident in the company’s financial status and its future as a reliable supplier.

Aside from divining the other side’s motivations, it is important to learn about the opposing lawyers, their successes and failures in similar cases, the length and nature of the relationship between the opposing lawyers and their client, the strengths and weaknesses of your own case as well as the other’s, the court in which your case is likely to be tried, and the results obtained at trial by this and other lawyers in similar cases. In short, the better prepared you are for mediation, the more likely a settlement favorable to your client will be achieved.

Not to burst anyone’s bubble, but there are few secrets, if any, in litigation. When you are trying to settle a case, it’s better to put at least a few, if not most, of those tidbits to good use. At the least, these should be shared with your mediator, who can help you divine if and when to use them. As long as you picked well, you should be able to fully trust your neutral since the neutral cannot disclose something of this nature without your consent. No doubt there’s a special place in hell for errant mediators should they be led astray in this regard.

The only thing that matters is what your client is getting out of the settlement. That the no-good scoundrel on the other side is going to receive a big pile of money in settlement is no more relevant than how many mediators might be able to dance on the head of a pen. It’s also not about who “wins,” since both sides typically lose if they fail to settle. For ye of little faith, read Randall Kiser et al., “Let’s Not Make a Deal: An Empirical Study of Decision Making in Unsuccessful Settlement Negotiations,” 5 J. of Empirical Legal Stud. 55191 (2008), regarding California Section 998 offers to compromise and New York’s comparable procedure. Kiser demonstrated that parties who rejected settlements were usually wrong with a collective error rate as high as 86 percent. Even more interesting was that plaintiffs were wrong by about $40,000 on average compared to defendants being wrong by over $1 million on average.

Parties sometimes fail to appreciate the importance of credibility in the settlement process. For this reason, the practice of making ridiculous demands or offers at the outset should be shunned. Similarly, making “take it or leave it” demands or offers too early can be apocalyptic.  Rather, if the parties have exhausted the limits of their respective authority by the apparent end of the negotiating process, requesting a mediator’s proposal would be a far better alternative to consider.

Once the parties have come to the realization that partaking of settlement is not to be avoided, they must promptly consummate, or at least document, their agreement. Experience tells us that it is far better to do so before everyone goes home even if this involves considerable additional time. If the parties determine some further documentation will be necessary, the details must be as fully and as clearly provided for in the signed settlement document executed before the parties leave the mediation (see, e.g., The Facebook Inc. et al. v. Pacific Northwest Software, 640 F. 2d. 1034 (9th Cir. 2011)). 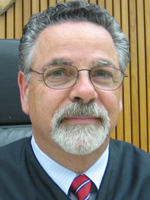 Judge James A. Steele retired from the Los Angeles Superior Court and is now a full-time neutral working with ADR Services, Inc.  He re-assumed mortal form when he retired from the bench in late 2014 where he had held assignments in both unlimited (general) civil as well as probate. He emphasizes trusts & estates, business, real estate, construction, and legal malpractice mediations, among others, and also acts as an Arbitrator, as well as both discovery and trial Referee in a variety of fields. In 2014 he was selected by the Rutter Group to develop its new Construction Law Program. He has also recently spoken on Elder Abuse at CAALA Las Vegas. In addition to his law degree, he has an undergraduate degree in Economics, an MBA and has completed a post-graduate program in tax law. You can reach him through his case manager, Chelsea Rhodes, at (310) 201-0010 or by email to: Chelsea@ADRServices.org.