Cases in which the plaintiff has suffered a traumatic-brain injury typically arise in the context of personal-injury claims founded on negligence theory. Negligence-based personal injury claims may include those arising from motor-vehicle accidents, vehicle-pedestrian accidents, bicycle accidents, sports injuries, and injuries arising due to a defective product, or an assault.

There have been many advances in what we know about brain injuries within the past twenty-five years, including that the brain is more susceptible to injury than once thought. It was previously thought that a person who did not lose consciousness could not have experienced a brain injury. We now know that this is not the case. It was also previously perceived that no one with a normal MRI or CT scan could have suffered a permanent brain injury, which we now know is not true.

A traumatic-brain injury diagnosis is based on one or more of the following criteria: loss of consciousness, memory loss for events immediately before or after the injury, confusion and disorientation, and neurologic signs such as a wound to the skull, seizures, or headache. Brain imaging techniques such as computed tomography or magnetic resonance imaging (commonly referred to as CT scan and MRI, respectively) can sometimes capture signs of traumatic-brain injury.

Traumatic-brain injuries are a leading cause of death and disability in children and adults in their most productive years. An estimated 1.5 to 2 million head injuries occur every year in the United States, with only approximately 250,000 of those injured being admitted to the hospital. Traumatic-brain injuries result in approximately 50,000 to 60,000 deaths annually, and cause permanent neurological disabilities to an additional 70,000 to 90,000 people.

An exhaustive interview with your client and members of your client’s family will help in understanding the mechanism of injury and the symptoms experienced by your client. This understanding will enable you to develop a cohesive theory of the case and to anticipate issues that may be raised by the defense, such as pre-existing conditions.

Inclusion of family members in the initial interview is important for a number of reasons. First, a plaintiff with a traumatic-brain injury may appear capable of handling his or her own personal affairs but in fact may need assistance in understanding what is said and done during an interview with an attorney.

For example, the client may say that he or she understands the retainer agreement, even though he or she may not in fact understand. Often times, based on the severity of the injury, the family members may have power of attorney to act on the injured person’s behalf.

Further, family members may be valuable sources of information. The injured person may have no recollection of the facts surrounding their accident, but a family member may have witnessed the accident and/or its immediate aftermath or be able to direct you toward possible witnesses.

Family members are generally the care providers for a brain-injured person after his or her release from the hospital and will have valuable recollections about the impact of the injury in the days and months just following the accident. Members of the plaintiff’s family may also provide important background information, such as defining the changes in your client’s life, frequency of emotional outbursts, and frustration level since the injury.

During the early stages of case assessment, you will want to speak with the physicians, psychologists, neuropsychologists, therapists, and other professionals who have treated and cared for your client. These conversations may uncover important information about your client’s post-accident condition and may provide medical expertise in evaluating the merits of the claim.

Additionally, interviews with people who knew your client prior to the accident, such as the primary care physician, friends, coworkers, former teachers and colleagues, can give you a better understanding of the injured person’s pre-accident condition. These are also the people who can testify that there have been changes in your client over time. People from a church, business or school are best. These witnesses can often overcome ambiguities or difficulties found in your client’s medical records. Juries seem to believe honest “before and after” witnesses more than hired experts.

When performing your case intake and evaluation, if you have the slightest inclination that your client may have a brain injury, you must make sure that your client is seen by a neurologist. It is imperative to confirm and document as best as possible your client’s injuries. Juries are sympathetic to brain injuries but only if they can be proven.

Fortunately, new technologies have come forth in the past ten years which are more sensitive than MRIs or CT scans in showing objective brain injury.

This test is done on a normal MRI machine with special software known as “Diffusion Tensor Imaging.” It is a sophisticated neuro-imaging method that appears more sensitive than an MRI. DTI could detect changes in the brain right away and months after an injury when a conventional MRI of the same brain looked normal. DTI is particularly sensitive to damages in the white matter tracts of the brain. White matter is in the interior of the brain and serves as connectors like cable wires which connect different parts or lobes of the brain’s gray matter. When these are injured, communication is diminished and impairment results. DTI tracks the movement of water molecules within white matter fibers. The results have been correlated to outcome, neuropsychological testing, and other factors consistent with known medical science.

Another specialty version of the MRI is known as “susceptibility weighted imaging” (SWI). This allows the radiologist to see very tiny bleeds in the brain known as micro hemorrhages. These can arise when the brain is shaken and are not normally seen on plain MRIs. The SWI can visualize iron molecules left over from tiny brain bleeds after a trauma. After a high-speed collision there could be hundreds of these tiny micro hemorrhages in a client’s brain.

MRS looks at the balance and ratio of certain molecules in the brain matter. If the molecules are out of balance because of trauma, an MRS will pick up the imbalance. This technology is not widely available at the present time, but is gaining recognition.

Inability to recall facts of accident

Individuals who have suffered traumatic-brain injury often exhibit memory deficits. The client’s inability to recall the facts surrounding the injury may require you to obtain evidence other than the client’s testimony to support the happening of the accident. Although individuals who have suffered closed head injuries often experience memory insufficiencies, a plaintiff cannot use such deficit to excuse noncompliance with requirements such as discovery and mitigation of damages. A plaintiff’s inability to recall specific facts about the accident does not necessarily bar a claim for closed-head injury, but you will need to gather circumstantial evidence from which a jury could reasonably infer that the defendant’s breach of its duty to plaintiff caused the injuries. Another good way to reinforce your client’s credibility is to get testimony from a medical expert or experts that a brain-injured plaintiff’s recollection of new facts about the injury with the passage of time is a typical response.

Traumatic-brain injuries often occur along with physical injuries that are more apparent and that generally require more immediate medical attention. In some instances, the signs and symptoms of traumatic-brain injury may avoid immediate diagnosis or fall through the cracks as treatment is rendered for more immediately demanding physical injuries. Medical providers’ failure to promptly identify and treat a closed-head injury under these circumstances may give rise to a medical malpractice claim.

Attorneys handling personal-injury claims should be alert to their own potential for liability for failure to identify a client’s closed-head injury. Therefore, you may wish to consider including, in every initial client interview, questions about whether the client hit his or her head or suffered rapid head movement. You should also ask whether your client has experienced symptoms since the time of the accident, associated with traumatic-brain injury, such as memory problems, dizzy spells, depression, and difficulty concentrating.

Clients who have suffered head trauma and who are exhibiting symptoms consistent with closed-head injury should receive a written recommendation (and be asked for a written acknowledgement of their receipt of the same) that they obtain a medical evaluation to determine whether a head injury has been suffered. Proceeding in this manner serves the client from both a medical and legal perspective. The client obtains the medical treatment appropriate for their condition, and the value of the client’s claim is potentially enhanced by the addition of a verifiable closed-head injury claim. Proceeding in this manner likewise benefits the attorney by foreclosing any later claim by the client that the case was settled or tried in the absence of information about a valuable injury, or that evidence regarding the head injury was introduced too late.

Time lapse between injury and diagnosis

A medical diagnosis of a closed-head injury is fact based. Because the symptoms associated with head injuries, especially those that are mild in nature, are not always distinct, or may initially be seen as attributable to other causes, there may be a significant lapse between the date of the injury and the date of diagnosis.

In pursuing a brain-injury claim, you will be opening up your client’s entire life history to examination; medical records from childhood, grade school records, psychiatric records and anything else through the years that the defendants, defense counsel and insurance companies can obtain is open game. Defense will use anything in your client’s history to “blame” as the cause of the psychological injuries actually caused by the traumatic-brain injury. In a case that I am currently handling, defense counsel actually said that my client’s psychological issues could be due to the fact that his parents did not approve of his sexual orientation.

It is also important to make sure that you obtain photographs of the vehicle your client was in if he or she was in a car accident. If there has been a blowout or other mechanical failure, it is particularly important that the vehicle that failed be preserved. After significant car accidents, your client’s own insurance company will frequently sell or destroy the vehicle if it has been totaled. However, a failure to preserve a vehicle on a potential products-liability case will ensure that the case is barred and may open you up to a legal-malpractice action.

Last, all social media (Facebook, Instagram, Twitter, blog postings or other sites) use by your client and your client’s family will be examined by the defense and insurance companies. Any photos or postings from after the accident contrary to your client’s case will be used against your client. In cases with a client who has a traumatic-brain injury, and otherwise, you should instruct your client to always be truthful and be extremely cautious of posting on social media, as even the most ordinary post can be construed against them. 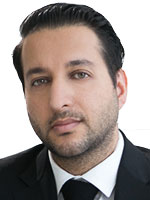 Sean Banafsheh is a managing partner and one of the founders of Banafsheh, Danesh and Javid, in Beverly Hills, California. He frequently speaks at Pepperdine Law School and other industry events to mentor young attorneys by sharing his experience in building his practice and his firm. 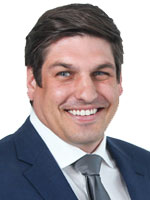 Santo Riccobono is an attorney at Banafsheh, Danesh and Javid, in Beverly Hills, California. He has been practicing for 10 years and handles all types of personal injury and products liability cases. He has been designated as a Southern California Rising Star by Super Lawyers Magazine.