Mediation confidentiality is not an absolute, so you need a strategy and possibly your own agreement to avoid later problems

Lawyers often wrangle over whether to mediate, when to mediate and who should mediate. They spend less time considering the contents of their “mediation confidentiality agreement.” That can be a big mistake. Why? Depending upon where you are mediating and what you are mediating, the rules differ, with varying consequences and potentially some nasty surprises.

Arguably, that door is already ajar. Practically speaking, mediation confidentiality is not the absolute that people believe it to be. Despite five California Supreme Court decisions and several California Court of Appeals decisions holding that mediation is sacrosanct, mediation communications are in some instances considered by trial courts to enforce settlement agreements, to obtain contribution from joint tortfeasors or contractual indemnitors and insurers, to unwind settlements, and more. In other instances, the California trial courts refuse to admit mediation communications into evidence. What follows is a discussion of the trend in the Ninth Circuit and how lawyers might want to change your approach to those mediation confidentiality agreements.

Several items to note. First, courts in some other jurisdictions are more strict than California courts in enforcing mediation confidentiality (or privilege) to exclude evidence relating to mediation discussions. Second, laws do not appear to permit parties to cloak in mediation confidentiality evidence that exists outside of mediation (in other words, just because something is used in mediation does not suddenly render it inadmissible or nondiscoverable). Third, while parties are otherwise largely free to customize their confidentiality agreement to fit their particular needs, a few other exceptions apply.

The Erie Doctrine holds that a federal court hearing a case based on diversity jurisdiction applies the substantive law of the state in which it sits. Mediation confidentiality is governed by the California Rules of Evidence, but the courts differ as to whether the rules of evidence are substantive or procedural. Lawyers hoping to apply California law with respect to mediation confidentiality might consider, for example, specifying that California law applies to the underlying dispute and even its relationship to that dispute. Then it is both part of the substance of the later dispute and a term in a contract that is negotiated by the parties – not one of adhesion put before the parties by a person who is not a party to the dispute.

For those of you thinking that federal decisional law doesn’t apply to your cases, time to think again. There are, in fact, several ways you may find your California mediated dispute in federal court, with different consequences for mediation confidentiality. For example:

Unlike California, there is no overarching federal statute or rule conferring confidentiality on mediation. The federal court default is Rule 408, but that is not specific to mediation. Here, it is necessary to look at each federal district court’s rules for guidance. The Central District of California, the Northern District of California, and the Ninth Circuit all make provision for mediation confidentiality which applies only to mediation administered through that particular court’s mediation program. (See, Ninth Circuit, Circuit Rule 33-1; Central District Local Rule 16-15.8 Confidentiality “This rule applies only to ADR Procedure No. 2, mediations conducted by the Court’s Mediation Panel;” and Northern District ADR Local Rule 3-4 subd (b) “Private ADR. A private ADR procedure may be substituted for a Court process if the parties so stipulate and the assigned Judge approves. Private ADR proceedings, however, are not subject to the provisions of the ADR Local Rules including attendance, confidentiality, enforcement and immunity.”)

Despite the ethos of confidentiality implied in those three rules, the Ninth Circuit has in fact made clear its willingness to admit into evidence mediation communications when it deems it appropriate to do so. A few decisions show this progression.

In Wilcox, Mary and Earl Wilcox had filed an action against Maricopa County and several of its officials. (Id. at 874.) The plaintiffs filed both federal claims, under § 1983, and supplemental state claims. (Ibid.) They asserted that their claims had been settled through a county-established mediation program. (Ibid.) The plaintiffs attempted to enforce their settlement and, in support of their motion, submitted an email from the county mediator stating that the claim had been settled. (Id. at 874.) The county argued that the emails from the county mediator were inadmissible under Arizona privilege law. (Id. at 875.) The plaintiffs claimed that federal privilege law applied. (Ibid.) We agreed with the plaintiffs. Although state contract law governed whether the parties had reached a settlement, the underlying action that was allegedly settled contained both federal and state claims. (Id. at 876.) We held that “federal common law generally governs claims of privilege.” (Id. at 876.) Because the evidence in Wilcox related to a federal as well as a state claim – the plaintiffs had sued under both federal and state law – federal law applied. (Ibid.). “Where, as here, the same evidence relates to both federal and state law claims, we are not bound by Arizona law on privilege. Rather, federal privilege law governs.” (Ibid.) (internal quotation marks omitted and emphasis added.)

In Milhouse v. Travelers Commercial Insurance Company, No.13-56959 (9th Cir. 2016), the court held that a party’s failure to inform the trial court that California Evidence Code section 1119 applied meant that the party had waived the issue of whether state law or federal law applied to the issue in a matter before the court based on diversity jurisdiction.

In TFT-LCD (Flat Panel), HannStar and Sony participated in mediation. Ultimately, the mediator sent an email conveying a mediator’s proposal which was accepted by both sides. HannStar’s acceptance included a request for a “brief call with you [the mediator] about a couple of logistical matters ….” The mediator’s email to the attorneys informing them that there had been mutual acceptance of the proposal concluded with, “This case is now settled subject to agreement on terms and conditions in a written settlement document.” HannStar then repudiated
the agreement and Sony brought a claim for breach of contract. Sony settled the remainder of the anti-trust claims and dismissed its antitrust claim against HannStar, pursuing only the state law breach of contract claim. The case remained in federal court based upon diversity jurisdiction. The 9th Circuit decided that the trial court should have considered mediation communications in deciding whether a settlement had been reached because at the time of the mediation the action involved federal claims.

Considerations in crafting your agreement

Hopefully these cases, statutes and some continuing uncertainty about the direction of the law will prompt you to consider what you can do in crafting your agreement to mediate to preserve confidentiality, such as:

Bear in mind that all participants in mediation are going to be signing onto the agreement in order for them to participate. It may not be realistic to expect that the people who attend mediation can bind the entities participating to mediation confidentiality law, choice of law for disputes over the agreement to mediate itself, and forum selection. Therefore, having a dispute-specific agreement will require communication in advance of the mediation session. Some participants may want to preserve existing contractual rights to litigate in another jurisdiction or choice of law provisions, and others may wish to keep open the possibility of litigating in federal court.

The above list is not all-inclusive. Nor does one size fit all. The main takeaway here is to consider these various elements in the context of your particular dispute, and to do so before you show up for the mediation session. A little more wrangling here may make a big difference later.

Clauses for your agreement 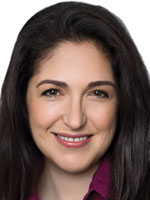 Rachel Ehrlich is a nationally recognized, multi-jurisdiction mediator specializing in complex civil disputes and is affiliated with Judicate West. She mediates litigated and non-litigated matters involving insurance coverage and bad faith, real estate including landlord-tenant, personal injury, construction defect, environmental, and other subjects. Prior to becoming a full-time neutral, she spent 20 years in insurance as a coverage attorney, claims executive, and underwriter. Rachel mediates in several court programs including the Federal District of Northern California, trains mediators and mediation advocates, and regularly presents on mediation of insurance coverage, bad faith, mediation confidentiality, and ethics to varied audiences.