When originally passed in 1982, the purpose of the Elder Abuse Act was essentially to protect a particularly vulnerable portion of the population from gross mistreatment in the form of abuse and custodial neglect. (Delaney v. Baker (1999) 20 Cal.4th 23, 33.) That vulnerable portion of the population to which the statute applies was elders and dependent adults. The statute considers someone to be an elder at age 65. Even if under 65, the act also applies to dependent adults. A “dependent adult” is a person between the ages of 18 and 64 years, who has physical or mental limitations that restrict his or her ability to carry out normal activities or to protect his or her rights. This includes persons who have physical or developmental disabilities or whose physical or mental abilities have diminished because of age, or who is admitted as an inpatient to a 24-hour health facility. (Welf. & Inst. Code § 15610.23.)

In addition, as recently clarified in Winn v. Pioneer Medical Group, Inc. (2016)  63 Cal.4th 148, the Elder Abuse Act only applies where the defendant has care or custody of the elder or dependent adult. In Winn, the plaintiff sought to apply the elder-abuse statute to medical care rendered on an outpatient basis. The court focused on the nature and substance of the relationship between the parties to determine if the relationship satisfied the care or custody requirement. The court looks to situations where one party has accepted responsibility for attending to the basic needs of an elder or dependent adult. Cases where a sufficient relationship was found are where the plaintiff relies on the defendant to provide nutrition, hydration, and medication or more specifically needs that an able-bodied and fully competent adult would ordinarily be capable of handling on his or her own.

As used in the statute, “care or custody” represents a bond that contrasts with a casual or temporally limited affiliation. It requires a caretaker or custodial relationship. Specifically in Winn, the court held that an elder-abuse cause of action does not exist where an outpatient clinic doctor fails to refer his patient to a specialist. While defendants are already asserting that this case precludes liability to plaintiffs in an in-patient hospital setting, such an overreaching interpretation is not supported by this case.

The elder-abuse statute encompasses financial abuse, physical abuse, abduction, and neglect. To the consumer attorney, although neglect is likely the most important, the other types of statutory abuse should be considered.

Financial-elder abuse occurs when defendant takes financial advantage of an elder or dependent adult. To establish this claim plaintiff must prove that defendant took, hid, appropriated, obtained, or retained plaintiff’s property or assisted in doing so. The action must have been done for wrongful use or with the intent to defraud, or been done by wrongful influence. One way plaintiff can prove defendant took, hid, appropriated, obtained, or retained property for a wrongful use is by showing that defendant knew or should have known the conduct would be harmful. The property need not be held by the plaintiff to constitute elder abuse. The statute is satisfied if plaintiff is deprived of property by an agreement, gift, will, or trust.

The final type of elder abuse, and probably the most important is neglect. Neglect under the elder-abuse statute is akin to the common-law negligence cause of action. Under the statute, neglect exists if the defendant had care or custody of plaintiff, plaintiff was 65 years of age or older or a dependent adult while in defendant’s care or custody, defendant failed to use the degree of care that a reasonable person in the same situation would have used in assisting in personal hygiene or in the provision of food, clothing, or shelter, providing medical care for physical and mental health needs; protecting dependent from health and safety hazards, preventing malnutrition or dehydration; or other grounds for neglect. The neglect portion of the statute is very broad and encompasses an enormous range of action.

In general, identifying a basic elder-abuse cause of action is not a challenge. The biggest issue that arises in elder abuse, and one that arises frequently, is identifying when a medical negligence case is also an elder-abuse action.  The forty-year-old Medical Injury Compensation Reform Act of 1975 (MICRA) is at the heart of the issue. Forty years ago, the California legislature determined that in cases against a health care provider arising out of professional negligence, non-economic damages are capped at $250,000. The elder-abuse statute does not cap damages (or include any of the other litigation disincentives of MICRA). As a result, defense attorneys claim that every elder-abuse cause of action against a health-care provider is really just a medical-malpractice cause of action which plaintiff’s counsel has simply alleged as elder abuse to escape MICRA. This is also why most elder-abuse causes of action related to medical malpractice trigger a demurrer.

Complicating this issue is the 1991 amendment to the elder-abuse statute. In 1991, the legislature, concerned that the statute was not sufficiently curtailing the abuse of elders and dependent adults, declared that “infirm elderly persons and dependent adults are a disadvantaged class, that cases of abuse of these persons are seldom prosecuted as criminal matters, and few civil cases are brought in connection with this abuse due to problems of proof, court delays, and the lack of incentives to prosecute these suits.” (§ 15600, subd. (h), added by Stats.1991, ch. 774.) (ARA Living Center — Pacific, Inc. v. Superior Court (1993) 18 Cal.App.4th 1556, 1559.) It stated the legislative intent was to “enable interested persons to engage attorneys to take up the cause of abused elderly persons and dependent adults.” (Id., 18 Cal.App.4th at p. 1560.)

In response to this problem, and to encourage civil elder-abuse actions, the Legislature amended the elder-abuse statute. This 1991 amendment’s most significant provision, Welfare & Institutions code section 15657, adds the right to obtaining enhanced damages in certain cases.

Enhanced damages are available in cases of physical abuse as defined in section 15610.63, or neglect as defined in section 15610.57, provided that plaintiff proves the cause of action by clear and convincing evidence, and also shows that the defendant has been guilty of recklessness, oppression, fraud, or malice in the commission of this abuse. As used in the statute, oppression, fraud, or malice are the same as would be applicable in a claim for punitive damages under California Civil Code section 3294.

However, elder abuse also includes the less restrictive alternative of recklessness. Defendant acts with recklessness if defendant knew it was highly probable that his or her conduct would cause harm and knowingly disregarded this risk. However, “recklessness” is more than just the failure to use reasonable care. Recklessness refers to a subjective state of culpability greater than simple negligence, which has been described as a deliberate disregard of the high degree of probability that an injury will occur. Recklessness, unlike negligence, involves more than inadvertence, incompetence, unskillfulness, or a failure to take precautions but rather rises to the level of a conscious choice of a course of action . . . with knowledge of the serious danger to others involved in it. (Delaney v. Baker, 20 Cal.4th at p. 23.)

Under the elder-abuse statute when a plaintiff is entitled to enhanced damages, the court shall award reasonable attorney’s fees and costs. In addition to fees and litigation costs, the term “costs” includes, fees for the services of a conservator, if any, devoted to the litigation of a claim. (Welf & Inst. Code § 15657(a).) In addition, in wrongful-death cases, where the elder dies before judgment, the estate may still recover non-economic damages as enhanced damages even though normally, section 377.34 of the  Code of Civil procedure limits recovery to economic damages when the plaintiff dies before judgment is entered. The elder-abuse statute abrogates this restriction. (Welf. & Inst. § 15657(b).)

But in actions against health-care providers based on professional negligence, non-economic damages remain limited to $250,000. To give this section meaning, it necessarily implies that the $250,000 MICRA cap does not apply where the elder-abuse victim survives, even in cases involving health-care providers.

One source of confusion is Welfare & Institutions Code section 15657.2 which states that: “Notwithstanding this article, any cause of action for injury or damage against a health care provider, as defined in Section 340.5 of the Code of Civil Procedure, based on the health care provider’s alleged professional negligence, shall be governed by those laws which specifically apply to those professional negligence causes of action.” Although subject to argument, this statute would seem to restate that medical-negligence cases remain medical negligence and are limited by MICRA. However, where there is more than mere negligence, elder abuse should control. Section 15657.2 has led courts attempting to distinguish between medical negligence and the more egregious conduct of recklessness in providing medical care.

One of the key cases addressing this issue and the availability of enhanced damages under the elder abuse statute is Delaney v. Baker.  In Delany, the daughter of the deceased nursing home resident undergoing care for an ankle fracture sued the nursing home for elder abuse where her mother developed stage IV bedsores. There was evidence that her mother was left lying around urine and feces for extended periods of time. The appellate court affirmed the trial court’s award of enhanced damages based on a jury’s finding of reckless conduct.

The court found that when a health care provider engaged in reckless neglect, its conduct is not arising out of professional negligence. The court rejected the argument that the term “arising out of professional negligence” encompasses any action by health care provider. The higher culpability of the elder-abuse statute makes such action distinct from negligent conduct considered in Welfare & Institutions Code section 15657.2.

An example cited in Delaney is where a health care provider allows the patient to suffer malnutrition as a result of not providing nutrients to patients who cannot do so for themselves. Such conduct would be considered a failure to provide care, not providing care in a negligent manner.  Delaney comments that one possible distinction is that medical malpractice is based on breaching the standard of care while elder abuse is based on the culpable failure to provide care.  However, courts have found elder abuse based on the reckless provision of medical care.

MICRA is truly at the heart of the complexities of elder abuse. The Legislature has taken a stance that it wants to protect elders and dependent adults from harm caused in particular by nursing homes and other healthcare facilities, but remains hesitant to touch MICRA. This has resulted in statutes and case law which are complex, confusing, and conflicting.  Unfortunately, this also results in trial court rulings which are often inconsistent.  Sometimes recognizing an elder-abuse case is simply a matter of recognizing the inclinations of your judge. 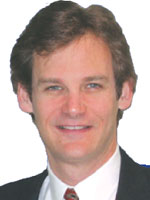 Todd J. Bloomfield is a founding partner of the Law Offices of Rice & Bloomfield. His practice focuses on representing parties in the litigation process whether protecting their civil interests or defending them in the administrative arena. Bloomfield graduated from UCLA with honors obtaining a degree in business/ economics. He attended law school at USC and was admitted to the State Bar of California in 1991. He serves as vice-chair of the Education committee and is a member of CAALA’s Board of Governors.