Proportionality and necessity under Federal Rule of Civil Procedure 26(b)

Is your discovery worth it?

The return of proportionality factors to the rules

“Relevance” no longer dominates the scope of discovery debate. Before December 2015, Rule 26(b) provided that parties “may obtain discovery regarding any nonprivileged matter that is relevant to any party’s claim or defense” and set broad guidelines on the extent of potentially discoverable information by specifying that the information sought need not be admissible at trial so long as it appeared “reasonably calculated to lead to the discovery of admissible evidence.” (Fed. R. Civ. P. 26(b)(1)(2015.)

The December 2015 amendments to Rule 26, which deleted the “reasonably calculated” language above, clarified that mere relevance is not enough to define the universe of discoverable information. Rule 26(b), as amended, still provides that parties “may obtain discovery regarding any nonprivileged matter that is relevant to any party’s claim or defense,” but adds another threshold consideration – the information must also be “proportional to the needs of the case.” (Fed. R. Civ. P. 26(b)(1) (2016). The Rule now directs courts to consider:

While this change was significant, the inclusion of specific “proportionality factors” in Rule 26(b) arguably did not create a brand new standard for discovery so much as identify considerations percolating in the case law for many years. (Gilead Sciences, Inc. v. Merck & Co. (N.D. Cal. Jan. 13, 2016) 2016 WL 146574 at *1 [“Proportionality in discovery under the Federal Rules is nothing new.”]) Even prior to the December 2015 amendments, the advisory committee acknowledged the concern that the “reasonably calculated” language might “swallow any other limitation on the scope of discovery.” (Id.) Courts have often restricted overbroad and burdensome discovery practices, even when the information sought technically may have been “reasonably calculated to lead to the discovery of admissible evidence.” Proportionality is therefore not an entirely new concept in discovery or even in the Federal Rules. Indeed, several courts have noted that “proportionality” has been an explicit consideration in the Rules governing discovery since 1983. (See, e.g., Robertson v. People Magazine (S.D. N.Y. Dec. 16, 2015) 2015 WL 9077111, at *2; Henry v. Morgan’s Hotel Group, Inc. (S.D. N.Y. Jan. 25, 2016) 2016 WL 303114, at *3.)

By enacting these amendments, the drafters intended to return the scope of discovery debate to focus on proportionality. In the notes following the December 2015 amendment, the advisory committee observed that “[t]he present amendment restores the proportionality factors to their original place in defining the scope of discovery.” (Fed. R. Civ. P. 26(b)(1) (advisory committee notes, 2015 Amendment).) By deleting the former standard governing the scope of discoverable evidence and substituting a list of specific proportionality factors, the committee provided a tool for courts to impose further control on parties during the discovery process. The amendments to the Rule “encourage judges to be more aggressive in identifying and discouraging discovery overuse by emphasizing the need to analyze proportionality before ordering production of relevant information.” (Henry, 2016 WL 303114, at *3, internal quotation marks omitted); In re Bard (D. Ariz. 2016) 317 F.R.D. 562, 564-5 (“Relevancy alone is no longer
sufficient – discovery must also be proportional to the needs of the case.”).

In this regard, Rule 26(b)(1), as amended, “does not create a new standard; rather it serves to exhort judges to exercise their preexisting control over discovery more exactingly.” (Robertson, 2015 WL 9077111, at *2.) As more than one year has passed since the date of the amendments, case law is emerging to offer guidance on how to apply the proportionality factors.

How have courts applied the amendments?

As a preliminary matter, some courts, particularly during the period shortly after the December 2015 amendments took effect, have emphasized that the changes to Rule 26(b) require a renewed emphasis on proportionality in determining the scope of permissible discovery. For example, in Henry v. Morgan’s Hotel Group, Inc., an employment action alleging race and sexual orientation discrimination, defendant sought to depose three of plaintiff’s former employers, which the court ultimately found unnecessary. The court prefaced its analysis by explaining that the pre-amendment standard of allowing discovery calculated to lead to the discovery of admissible evidence no longer applied, and that pursuant to Rule 26(b), as amended, courts “should consider both the nature of the information sought and whether its production is ‘proportional to the needs of the case.’” (Id. at *3.) The court concluded that the subpoenas’ demand that the witnesses produce all documents and data referring to plaintiff was overbroad. In addition, the court found that the information sought from plaintiff’s former employers was not directly relevant to the issues in the case and therefore not proportional to the needs of the case.

In the new era recognized by the Henry decision, courts follow a variety of approaches when applying the Rule 26(b) proportionality factors. Some apply and weigh each of the factors. Most, however, focus only on those factors identified as most important to the issues in a particular case.

In Dao v. Liberty Mutual (N.Cal. Feb. 23, 2016) 2016 WL 796095, the court weighed each factor cited in Rule 26(b)(1) and determined that the discovery request was not proportional to the needs of the case. Defendant estimated that the requested e-discovery would take at least 26,904 hours to complete, but the financial damage alleged amounted to only $2,000. The court considered each of the factors separately and determined that the burden of such massive discovery where the stakes were not particularly high would outweigh the likely benefit.

Like the Dao court, the court in MicroTechnologies, LLC v. Autonomy, Inc. (N.D. Cal. Mar. 14, 2016) 2016 WL 1273266, at *2, also applied all of the Rule 26(b) proportionality factors individually, but reached a different result. The plaintiff in MicroTechnologies sought an overseas deposition of one of defendant’s former executives who allegedly was involved in the fraudulent activities at issue in the case. Applying each of the amended Rule 26(b) factors in the context of a deposition, the court found that the deposition was important to defendant’s counterclaims, the controversy involved several million dollars, the deponent probably had the best access to probative and relevant information, the parties had ample resources, and the likely benefit outweighed the burden and expense of the proposed deposition. Accordingly, the court concluded that the deposition should proceed.

While the Dao and Microtechnologies courts addressed all the factors raised in Rule 26(b), such an approach can be time-consuming and is perhaps unnecessary in every case. More commonly, courts have addressed only those factors they find to be controlling in a particular case.

“Burdensomeness” is often a key factor in a court’s analysis. For example, in Robertson, the court found that the discovery request was disproportionate to the needs of the case, after primarily considering the burden of the discovery. Plaintiff sought what the court described as “nearly unlimited access” to defendant’s editorial files. (Id. at *2.) The court concluded that this would be extremely burdensome, particularly because much of the information requested was immaterial or irrelevant and a significant portion would be protected by the qualified editorial privilege. The court therefore denied the discovery as disproportionate to the needs of the case, focusing on a single proportionality factor. (Id. at *3.)

The mere fact that complying with a discovery request may be burdensome, however, is not determinative when the information sought is essential to the case. In Salazar v. McDonald’s Corp (N.D. Cal. Feb. 25, 2016) 2016 WL 736213, the court was not swayed by defendant’s burdensomeness argument, even though the discovery sought was considerable. Defendant in a wage and hour class action objected to a pre-certification discovery request for class member electronic data as overly burdensome and disproportionately expensive. Because the data sought was likely to “help determine whether a class or subclasses exist and to otherwise support or substantiate plaintiffs’ class claims,” the court determined that the discovery was proportionate to the needs of the case and granted the motion to compel. (Id. at *5; see also Hartford Casualty Ins. Co. v. First Specialty Ins. (N.D. Cal. Aug. 24, 2016) 2016 WL 4447262 (rejecting burdensomeness argument and granting discovery).)

Other courts have focused on whether the information sought is material to the issues in the case. If the information’s relevance is minimal or speculative, courts have not required as strong a showing by the party opposing discovery when weighing the other factors. In O’Connor v. Uber Technologies Inc. (N.D. Cal. Jan. 11, 2016) 2016 WL 107461, for example, defendant sought discovery of “contact information plus the content of every communication between class counsel and class members” to rebut allegations in a particular declaration, even though the court found that the declaration played “an insignificant role in the litigation.” The court found that Uber’s “wildly overbroad” discovery requests failed Rule 26(b)’s proportionality requirement and denied the motion to compel. (Id. at *4.)

Similarly, in MP Nexlevel of Cal., Inc. v. CVIN, LLC (E.D. Cal. Apr. 11, 2016) 2016 WL 1408459, the court characterized defendant’s motion to compel production of documents as a “fishing expedition” in which plaintiff was hoping to find “something improper that might give right to a potential defense,” rather than pursuing legitimate discovery. The court concluded that the relevance of the anticipated information was minimal compared to the burden of producing the requested documents, and denied the motion. (Id. at *4.)

Finally, other courts have used the proportionality factors to require the propounding party to employ more limited forms of discovery. For example, in Sender v. Franklin Resources (N.D. Cal. Mar. 2, 2016) 2016 WL 814627, the plaintiff sought to depose five individuals – executives employed by defendant and defendant’s in-house and outside counsel – to explore the extent of defendant’s alleged conflict of interest in an ERISA case. The court acknowledged that conflict of interest is a “proper subject for ERISA discovery” and that the amount in controversy was substantial. However, the court concluded that the requested discovery was disproportionate because the testimony would likely be duplicative and it was not clear that the five individuals were the appropriate witnesses. Instead, the court authorized plaintiff only to conduct a Rule 30(b)(6) deposition on designated topics and denied the remainder of the request. (Id. at *2.)

Is the goal of proportional discovery possible?

The drafters of the 2015 amendments to Rule 26(b) did not prioritize particular proportionality factors. It is likely that over time some factors may emerge as more important than others as courts set boundaries that shift the focus from relevance to proportionality. In the meantime, courts generally focus on the particular factors that are outcome- determinative in deciding whether to grant a discovery motion. Regardless of how the amendments are applied, however, the return of proportionality factors to Rule 26(b) appear to be achieving the goal of focusing the courts on the actual needs of the case. Courts and parties are reining in discovery – even arguably “relevant” discovery – that is not necessary for ultimate resolution of the parties’ claims and defenses. 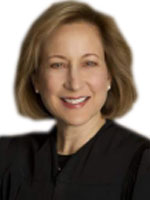