The secret lives of judges

I will never forget November, 2014…the night I received the call that Governor Brown had appointed me as judge to the Los Angeles Superior Court. That night began the journey which initiated me into the secret lives of judges (of which I am now going to make somewhat less secret to you.)

Like many of you, I was a trial attorney. For over 30 years, I regularly made the drive (or flight) to courtrooms all over the state representing the injured. I appeared in State courts in Los Angeles, Solano, Imperial, Santa Barbara, Lake, Riverside, Orange, Ventura, Kern, Stanislaus, Fresno, Contra Costa, San Francisco, San Bernardino, Alameda and Tulare, as well as the Central, Southern, Northern and Eastern Districts of our Federal Court, and I remember almost every time I had ever gone into judge’s chambers…it wasn’t that many.

Most of the time, like everyone else, I waited in the courtroom for my case to be called. Sometimes the judge was on time, sometimes not. Sometimes the judge would leave without explanation only to reappear and then disappear again. Like many, I idly wondered what was the judge doing…reading email…eating bonbons…chatting up friends? I really didn’t know. And unless you are personal friends with a judge, you really don’t know either what really goes on with the judge when not on the bench. And then, I was sworn as a judge in December 2014 and became an initiate into the secret lives of judges.

Do you know a judge?

Most attorneys may know a couple of judges — maybe a neighbor or former attorney friend or someone they have seen many times at bar functions. During trials, some attorneys get to know better their trial judge from being together for weeks at a time. But most attorneys really do not know the day-to-day life of a civil judge. In fact, my own dear friends don’t really believe me when I tell them how busy I – and all of my colleagues – really are.

In truth, the time spent on the bench is only the tip of the iceberg of what judges do every day. Like attorneys, judges have mandatory continuing judicial education, both in substantive law and in ethics. Like attorneys, judges keep up to date on what’s going on daily in the appellate courts by reading the advance sheets. But unlike many attorneys in Los Angeles who concentrate their legal practices in specialized areas…employment, personal injury, tax, health care law, probate, patent, entertainment, etc….judges who have all-purpose assignments need to know the law applicable to each of their assigned cases and this means many hours spent in self-education and classroom learning. As an example, in less than three years, I have probably completed over nine weeks of training and that doesn’t include remote classroom training.

In addition, all judges on the bench less than five years in this county – even civil and family law jurists – take their turns handling a wide variety of criminal duties including reviewing and signing probable-cause determinations, issuing search and arrest warrants, issuing blood-draw warrants, issuing domestic-violence protective orders and emergency protective orders, and issuing orders to take minors into custodial care. Some of these are done in chambers during court hours…many are done in the middle of the night and on weekends. Judges rotate on-call to keep the business of law enforcement and protection of victims running 24 hours a day, 365 days a year.

It is not only the newer judges who handle 24-hour call…many experienced bench officers continue to volunteer for this duty as well. Not having known this before I was appointed, I was surprised to be given a cell phone, a beeper (I didn’t even know they still had those) and a laptop to be used on a 4-day stretch of 24-hour a day call. Just like being an OB-GYN on call, night after night my cell phone and beeper delivered calls from law enforcement officers all over the County.

Judges also have “chambers” work…the business of the court that doesn’t happen in open court. This includes
reviewing and signing judgments, orders after hearing, stipulations, applications to post or publish, default judgments, and the myriad of requests which require a judge to review and decide. In my average week, for instance, I may have 125 cases to prepare to hear on the bench, as well as the orders and judgments associated with those cases and another 75-100 orders and judgments to review and sign. Consider, too, that most cases filed in court never go to trial but are handled strictly by stipulations or by default and all of those cases are signed off by judges.

Judges also mentor high school, college and law students. Many judges participate in intern and externship
programs. This requires time from the judges in the training and supervision of eager and talented students, formulating interesting assignments for them, review of their work and reports to their instructors. For instance, I have judicial externs every summer, in addition to my regular duties, and I spend many hours a week with them. Judges participating in internships see this as part of their duty to the justice system to help identify and mentor persons who are considering a career in the law.

Courtrooms also host children participating in field trips. Battalions of scouts and children make their way through the court – visiting judges, courtroom staff, learning about the civil justice system and shaking hands with the bailiffs – and they get to sit in a jury box or witness box and raise their hands to “tell the truth.”

Many judges actively participate in bar functions, serving as speakers and authors on topics of legal interest. This requires additional reading and writing to prepare for seminars and educational functions. CAALA functions always have judges in attendance. Multiply that by 75+ local bar associations and sections, all of which have regular meetings and most of which have installation ceremonies and dinners, and that adds up to a lot of chicken dinners!

Once I was on the bar circuit, I ran into many of the same judges over and over again, some of whom are judicial members of these organizations. Networking with the local bar associations provides bench officers with a reality check about the needs of the legal community as well as an opportunity to learn about legal services that are available throughout the County for the immensely diverse population of Southern California.

Los Angeles Superior Court has many outreach programs for high school students including Teen Court, Moot Court and Power Lunch, where students test their knowledge by playing games of “legal” Jeopardy® in which the winners get sweets instead of money. In Teen Court, actual juvenile offenders are called to account by their peers, who serve as prosecutors and juries. These high school students take their jobs very seriously but the program would not exist but for the hundreds (if not thousands) of hours put in by our bench officers.

Recently, 125 young women high school students spent the day meeting with judges and attorneys in Dept. 1 to hear motivational stories about women who have persisted and worked their way to success within the legal profession. One recent program had a diverse group of women judges appear in their robes. As one judge stated, it was important for these high school girls, most of whom are of diverse ethnicities and cultures, to see a robed judge “who looks like them.”

Add to this the hours judges spend serving on local and statewide committees of the court. The Judicial Council has over 25 advisory bodies which “provide leadership for advancing the consistent, impartial, independent, and accessible administration of justice” on every aspect of our state legal system. The Judicial Council has judge members from around the State participating in making important decisions about our legal system, including judicial members from Los Angeles.

Los Angeles Superior Court has standing committees on Budget, Community Outreach, Education, Grand
Jurors and Rules. Additionally, there are many other committees which do the important work of the court including Access and Fairness, Bench/Bar, Technology, ADR, Criminal, Court Services, Diversity and almost 20 others. We have the largest court in the country, if not the world, with over 500 bench officers. Hundreds of our local bench officers participate in these State and Local court committees.

And yes, the court has an events committee in which judges actually get together to have fun. My most recent foray was in bowling…no discussion of cases allowed…the only things allowed were bragging about our scores and eating of pizza.

If that isn’t enough, judges also officiate at weddings at court and in the community.

So the next time you see a judge walk into the courtroom a bit late or looking a bit tired, or when you go into chambers for a meeting of counsel to talk with the judge about your case, remember all of the things that judges do when they are not on the bench and you will begin to understand why judges have very little time to talk about their Secret Lives. 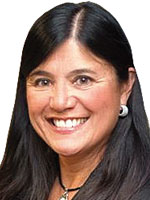 Shirley K. Watkins was appointed to the Los Angeles Superior Court by Governor Jerry Brown in November 2014. Prior to her appointment, Watkins practiced primarily in the area of medical malpractice and successfully handled hundreds of malpractice cases. She was a member of the CAALA Board of Governors and served in several Board positions for Women Lawyers of Los Angeles, Trial Lawyers for Public Justice and the Los Angeles County Bar Association. She has been nominated twice as CAALA Trial Lawyer of the Year. For over 15 years, she served as a voluntary mediator and arbitrator for the Los Angeles Superior Court. She has completed Pepperdine University’s distinguished Straus Institute for Dispute Resolution’s training program “Mediating the Litigated Case.”