Anatomy of a scaffolding case

Liability often focuses on witnesses to prove why the scaffolding failed

Every year people die or sustain life-changing injuries when they fall from scaffolding. These injuries generally occur on multi-employer worksites where scaffolding is set up so that workers from many different trades can perform their jobs. The U.S. Labor Department estimates that 65 percent of the construction industry works on scaffolding. Thus a large percentage of the workers on scaffolding likely rely on the scaffold erector to do their job correctly. Counsel representing the injured worker should expect disputes about whether this reliance is reasonable.

This article focuses on the identification of witnesses, rules, and documents necessary to establish how scaffolding was erected, how it should be erected, and who is responsible for keeping it safe.

Construction projects larger than a small home renovation usually involve a contractor that specializes in the erection and dismantling of scaffolding. A scaffolding contractor is a specialty- licensed contractor who erects metal or wood scaffolding, including temporary sidewalk- sheltered construction-work barricades.

After entering the contract, the scaffold contractor’s “project manager” will be responsible for planning, coordinating, and overseeing the erection, inspection, and dismantling of the scaffolding according to the construction schedule. The company may also employ a safety director responsible for managing and overseeing safety aspects. These witnesses are likely to have information relating to the timing requirements of the work as well as any changes or problems encountered in finishing the work according to schedule in a safe manner.

The scaffold contractor will send “scaffold erectors” to complete the physical labor of installing, modifying, inspecting, and/or dismantling the scaffolding pursuant to the terms of the contract and construction schedule. The scaffolding crew often includes a “foreman” who is typically the most experienced and knowledgeable about the scope of the work. Note that the erection or dismantling of scaffolding must be performed under the direction and supervision of a “qualified” person. (8 C.C.R. § 1637(k).) The scaffolding crew will thus consist of witnesses who should be knowledgeable of both the requirements for scaffolding and how it was actually erected prior to your client’s injury.

Standards for safe erection of scaffolding

The primary source for determining how scaffolding should have been installed in an injury case will likely be Title 8 of the California Code of Regulations, otherwise known as Cal-OSHA. Cal-OSHA is intended to protect all workers. (Lab. Code, § 6300 [“…purpose of assuring safe and healthful working conditions for all California working men and women by authorizing the enforcement of effective standards, assisting and encouraging employers to maintain safe and healthful working conditions, and by providing for research, information, education, training, and enforcement in the field of occupational safety and health.”])

Cal-OSHA regulations may be admissible to establish duty or standard of care. (Elsner v. Uveges (2004) 34 Cal.4th 915, 928 [OSHA regs are to be treated like any other statute or regulation and may be admitted to establish a standard or duty of care in all negligence and wrongful death actions].) Regulations may also be relevant to standard of care where employer adopts the regulations as company policy. (Dillenbeck v. City of Los Angeles (1968) 69 Cal.2d 472 [“Such rules implicitly represent an informed judgment as to the feasibility of certain precautions without undue frustration of the goals of the particular enterprise”].)

The scaffolding contract and the scaffolding contractor’s own training materials, safety manual, and Injury and Illness Prevent Program (8 C.C.R. 3203) will likely require employees to be knowledgeable about and follow the safety requirements of Cal-OSHA. The contractor’s witnesses should admit that these regulations were a job requirement and inform the standard of care applicable to their work.

The California Department of Industrial Relations maintains a searchable index of all Cal-OSHA regulations including those applicable to scaffolding at www.dir.ca.gov/samples/search/query.htm. In addition to considering the regulations specific to scaffolding (8 C.C.R. 1635.1 – 1667) the attorney may want to also browse the regulations pertaining to Access, Work Space, and Work Areas (8 C.C.R. 3270-3280); Safe Practices and Personal Protection (8 C.C.R. 3300-3416); and the Erection of Structures Including Falsework, Shoring and Framing System (8 C.C.R. 1709-1722.1).

Ongoing requirements for condition of scaffolding

Once the scaffolding has been erected, the installer may disclaim any responsibility for what happens thereafter. You should anticipate that the installer will blame subsequent injuries or scaffolding failures on misuse of the scaffolding, improper removal of component parts, or a failure by the injured party’s employer to perform appropriate inspections. It is therefore important to identify how the scaffolding was originally erected, whether and why it was modified during the course of the work, and who was responsible for making sure it remained in a safe condition.

If the injured party’s employer is not conducting regular inspection of the scaffolding, the scaffolding contractor may point to the lack of inspections as the cause of the injury. Cal-OSHA requires that “All scaffold planks shall be visually inspected for defects before use each day.” (8 C.C.R. § 1637(f)(6).) The federal OSHA regulations also state that “Scaffolds and scaffold components shall be inspected for visible defects by a competent person before each work shift, and after any occurrence which could affect a scaffold’s structural integrity.” (29 CFR § 1926.451(f)(3).) Look to the contract documents and testimony of the scaffold employees for evidence as to whether an obligation for ongoing inspections was ever delegated to or undertaken by the scaffold contractor or other party.

The following is a list of documents to request in cases brought by injured workers against scaffolding contractors. In addition to requesting these documents from the defendant, also consider third-party subpoenas to other contractors working at the project for some or all of these documents as appropriate.

Scaffolding cases can be difficult because of confusion over the cause of a failure and the identification of the responsible party. Pursuing a case against a scaffold contractor requires a good understanding of how the scaffolding was erected versus how it should have been erected. A strong, focused inquiry into the issues and documents outlined above will help resolve these issues and allow you to reach a fair resolution for your client. 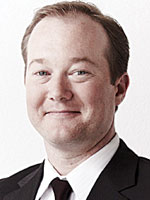 Jeremy Cloyd is a partner and trial attorney at Altair Law® in San Francisco. He focuses on injury cases that have impacted his clients’ life, work, or happiness. jcloyd@altairlaw.us.