Many potential jurors bring anti-cyclist prejudices to the jury box

When taking on a case involving someone injured while riding a bicycle, it is important to recognize an undeniable, regrettable fact: many people do not like “cyclists.”

Only about 10 percent of people in a recent survey reported riding a bicycle more than once a week; over 50 percent reported never riding a bike. When you start looking at the number of senior citizens who serve on juries, the numbers are probably even worse; many people injured riding bicycles are unlikely to get a jury of their peers – and claims adjusters know it.

Although I applaud the efforts of our bar and community organizations to change perceptions, I think it is useful
to examine the uphill battle many of our clients face.

There are no “cyclists,” just people who ride bikes

As in any case, it is useful to think of which client’s and witness’s activities in daily life jurors may believe are representative of that person’s identity, which are of no significance – and which will consume our client’s identity to the point that the jury will struggle to look past their prejudices. Appreciating the significance and implications of prejudices is a part of every plaintiff attorney’s practice, and must be considered from client intake through theme development and trial.

For example, it is widely acknowledged that evidence of an arrest or conviction reflects on that person’s testimony and character. So we have rules about how this evidence can be used. On the other end of the spectrum are the uninteresting details that we would not think to highlight in a trial, because nobody would care. I buy all my shirts at Brooks Brothers. But nobody would ever call me a “Brooks Brotharian” – I am not even sure if being called a “Brooks Brotharian” would be a compliment or criticism.

Advertisers love to play with the dynamic between the “telling” detail and the mundane. My personal favorite is Volkswagen’s “Drivers Wanted” campaign which effectively suggested that owners of their cars are desirable, assertive, serious and in control as they move through life. “Traffic Sitters Wanted” probably did not do as well in focus groups.

For many jurors, the fact that a plaintiff rides a bike makes that person a “cyclist” and many of the connotations
associated with cyclists are not good.

People often divide humanity into two groups “Self” and the “Other.” “Self” in this formulation are “our people,” or those who we are a part of; the “Other” is the great “them,” the barbarians over the hill, or terrorists, or anyone else.

The people who are part of the “Self” are part of our society, so we naturally recognize our obligation to them and expect that they will reciprocate.
The same is not true of the “Other.” When someone is part of the “Other” we do not expect them to play by our rules, and because they do not follow our rules, we do not believe that we need follow those norms when interacting with these “Other” people.

For a stark example: George W. Bush brilliantly exploited the concept of “terrorist” as shorthand for a policy narrative. We cannot negotiate with “terrorists” because they will not follow our social norms, and we do not need to follow any rules when dealing with “terrorists”– like due process, or limits on state violence – because “terrorists” are not part of us.

This dialectic is important for any attorney. If your client is seen as the “Other,” jurors will assume that they were not following “Our” rules and the same jurors will not empathize with your client’s injuries; they will not think “that could happen to me.”

Even if you can get a begrudging verdict in your favor, it may not reflect the damage your client sustained.

Cyclists will always be “rule-breakers”

We need to recognize that for most people who drive cars, and walk, the cyclist is the “Other.” This is because many people who ride bicycles disregard the rules that apply to either pedestrians or motorists.

A defense-hired bicycle expert explained to me how he had been hit when riding his bicycle against traffic. He then went on to explain that my client was at fault in a road-edge-defect case because my client had not ridden in the middle of the lane “like a car.” When I asked him if he thought following the “rule” might have gotten my client hit, and possibly killed, he gave me a rules-are-rules and cycling-is-risky response.

However unfair these expectations are, this belief that cyclists consistently do not follow the rules (however impossible it is for them to do so) is why police officers often assume liability for the cyclist, defense attorneys insist on pursuing ridiculous defenses, and jurors undercompensate cyclists.

What does it mean to be a cyclist?

As an avid cyclist, I am often tempted to talk about my clients as cyclists. I do this naturally because when I refer to someone as a cyclist I think of that person as part of my tribe and entreat those around me to offer them the same respect and empathy that I would.

But, I am not your juror, opposing counsel, or claims adjuster.

For people who see the cyclist as “Other” the cyclist has a number of associations beyond being a scofflaw that are not helpful to our cases:

How to humanize the bicycle-riding client

In every case I handle, my goal is to explain that our clients are people (“Self”), not plaintiffs (“Other”). Often that means counteracting the idea that the injured person is a cyclist, even if that is how they see themselves. It is important to look for those characteristics of our clients which make them part of the juror’s “Self.”

Here are some ideas:

Downplay cycling experience: Although being an experienced cyclist can be helpful in some cases, it can be more useful to emphasize that they are not.

A person who has just taken up bicycle-riding is just like the jurors – but with a different hobby. And, as an added benefit, typically, people will get into cycling for reasons that jurors can relate to: to solve a commuting problem; health; to spend time with their children; social activism (AIDS rides); tourism.

Emphasize the defendant’s conduct, not the cyclist’s: Recently, a driver who had had an epileptic attack due to medical non-compliance hit me from behind, landing me in the hospital for three nights. If I were handling my case, I would focus on how frightening it is that an uncontrolled epileptic was on the roadway – I just happened to be the object he hit; it could have been school children.

Also, see if you can develop facts to show that the driver did not think the cyclist was just another human. Often without much prodding in deposition, a defendant will tell you exactly what they think of bikes in their roadway. Listen to 911 tapes. Flesh out how quickly the defendant will “blame the victim” of their own negligence – just because they were on a bicycle.

Emphasize social, professional impact of the injury: Although cycling may be an important feature of some people’s lives, jurors might not understand it and it runs the risk of backfiring by painting your client as a cyclist. Also, even after a cyclist’s injury, their cycling may be more vigorous than any physical activity that the jurors do.

Using me as an example, after being badly injured I have cut my weekly mileage from 150+ to 60, and cut out most high-intensity intervals – hardly statistics that will garner much understanding or sympathy. However, the fact that I no longer socialize with the people on my former cycling team might have more resonance.

Cast the roadway environment as a “recreational” environment: People hate cyclists who interfere with their commute – those are the rule-breakers – but understand family outings and children riding in the park. If your client was riding in an area outside the flow of serious traffic, you can cast them as someone out for a relaxing pedal – not a cyclist.

Even if they did not get struck on a bike-path in a park, look for context cues that make the environment appear recreational. Bicycle-route designations, school zones, and the bucolic nature of a particular road can all help.

No spandex or courier bags: When you are selecting pictures of your client emphasize that they have a life off the bike – a life similar to the life of your future jurors. Try to avoid those photos and cameo stories that emphasize your client’s life as a cyclist. Cyclists love how they look in the slimming kits, helmets, courier bags, and the other armor of their tribe. But be careful − tribal armor will do more to emphasize that your client is a member of the cyclist tribe − which is counter-productive if your goal is to make them seem like a human who was riding a bicycle. 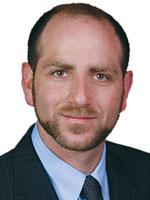 Nathaniel Leeds handles a broad range of civil cases on behalf of consumers and small businesses for Brent, Fiol & Pratt, LLP, including personal injury, medical malpractice, and business litigation. He started out as a Deputy District Attorney in Merced County where he tried numerous jury trials including third-strike felonies, juvenile sexual assaults, and manslaughter. He brings this extensive trial experience to his civil practice. He is a University of Chicago graduate. He received his law degree from UC Hastings in San Francisco. His sincere hope is that this article will be obsolete as attitudes towards the bicycle-riding public changes, and he applauds the efforts of those in the bike-advocacy groups who are making it safer to ride in more places for more people.