To stop or to go?

Making sense of “who ran the red light?”

How does an attorney thoughtfully evaluate a case when the only witnesses seem to tell stories that wholly contradict each another? This is often the quandary in a “Who Ran the Red Light?” case. Fortunately, the traffic-signal system itself can “testify” through the evaluation of a forensic traffic engineer who is familiar with the wrinkles and nuances of how a traffic-signal system operates. Let us consider an example.

Should you accept this case?

A crash occurs at a signalized intersection. One of the drivers, Mr. Northcutt, contacts your office and asks you to help him recover the money he has spent to fix his car and his lost earnings due to back injuries. You agree to investigate the collision and let Mr. Northcutt know if you can help him. As often occurs, the drivers’ statements along with the witnesses’ provide some curious contradictions.

The investigating officer is familiar with the subject intersection and signal. She’s driven the intersection many times and knows that both parties couldn’t have had a green light. Ultimately, she concludes that one of the drivers ran a red light, but she is unable to determine which is at fault.

Now it is up to you to make heads or tails of what happened on behalf of Mr. Northcutt. Although not always reliable, driver and witness statements are often the only source of information regarding a collision. It is important to gather the location and direction of each witness when they observed the collision. One way to evaluate the witness statements is to illustrate each statement on a diagram showing an overhead view of the intersection (see the example above). Through the diagram, you can get a feel for where each person was when they witnessed the incident. Based upon the position of the witness, statements can sometimes be eliminated due to the fact that the witness did not have a clear line of sight to the collision or signal indication.

The above scenario is all too common. In such cases, attorneys are often left with disparate testimony and inconsistent facts. What is the best way to draw more certain conclusions about what really happened? The witnesses, credible or not, paint an abstract and difficult picture to discern. Fortunately, traffic signals operate based on principles and programming that can be used to sharpen the picture. Specifically, every traffic signal is equipped with standard elements including a conflict monitor, and every traffic signal operates based upon a specific signal phasing and timing plan. Traffic Engineers are able to discern whether a given scenario is possible, plausible, or probable by comparing the driver and witness statements to the phase diagram and the signal timing plan.

A conflict monitor is a physical device installed into each traffic signal cabinet that prevents the signal from displaying conflicting movements. For instance, a southbound driver cannot receive a green left turn signal at the same time that a northbound driver receives a circular green indication. In the event that a conflicting display is detected, the conflict monitor shuts the system down and places the signal in a flashing red mode until the signal controller is reset by a technician.

Each conflict monitor is configured specifically for the intersection at which it is installed. Most commonly, an individual diode must be removed from a circuit board for each allowable combination of signal displays. When first received, all diodes are present; the traffic signal is ready for operation only once a qualified installer has removed the appropriate diodes. In this way, the likelihood that the conflict monitor is properly configured for the specific intersection is maximized. A configured conflict monitor with the appropriate diodes removed is shown in Figure 2.

With a properly configured conflict monitor in place at the signalized intersection, the potential for both Mr. Northcutt and the other driver to both have had green lights that conflicted with each other is eliminated for all practical purposes.

Each signal is programmed with a signal-timing plan. The signal-timing plan controls how much time is to be allocated to each phase. Pedestrian walk times and flashing don’t walk times are defined. The duration of each yellow light is set forth. Some traffic signals include periods of time when all directions receive a red light – referred to as an all-red interval. The signal-timing plan documents how long each all-red interval lasts and after which phases they occur. Most traffic signals are demand responsive, so the duration of each green light will vary depending upon how many vehicles are present. Even though the green time will vary, the signal timing plan establishes the minimum time that will be provided each time a phase receives a green light. Further, each phase is programmed with a maximum time that it will stay green while drivers in other directions are waiting to travel through the intersection. The collection of these and many other timing parameters contained in the signal timing plan, provide the framework through which the driver and witness statements can be evaluated.

Figure 5 considers the scenario involving Mr. Northcutt. In so doing, it revisits the witness statements one-by-one in light of what we can discern based on the phase diagram and signal timing at the intersection.

Nothing about Mr. Northcutt’s statement is remarkable other than he entered the intersection in or near the beginning of the northbound green phase.

This statement raises two issues for consideration and verification. First, a left-turn arrow is claimed. A site inspection and police photos confirm that a left-turn arrow is provided at the intersection. Review of the phase diagram reveals that southbound left turn drivers receive a green arrow immediately after east-west traffic receives a red light. Second, it is claimed that a yellow arrow was displayed shortly after the driver entered the intersection. Review of the signal-timing plan reveals that the southbound left-turn receives between 5 and 15 seconds of green followed by 3 seconds of yellow time.

The first witness, Ms. Norturner, saw the collision in her rearview mirror after turning left on a green northbound arrow. Further, she saw a vehicle turning left in the opposite direction, but it was not the vehicle involved in the collision.

The second witness, Mr. Preeock, was approaching the intersection on the east-west cross-street as the signal went to yellow then red about fifteen seconds prior to the collision. He was texting when the collision occurred and did not know what direction the vehicles were going or what the traffic signal was doing.

This statement confirms that east-west traffic had been green prior to the collision. As indicated by the phase diagram, the northbound and southbound left-turns would receive a green immediately after this. Further, the east-west traffic signal had transitioned from green to red about fifteen seconds prior to the collision. Based on the signal timing plan, this fifteen-second timeframe fits well with the five to fifteen-second green light plus the three seconds of yellow that the southbound left-turn would receive. However, since the green time will vary within this range, it still cannot be determined with specificity if Mr. Northcutt most probably had a green light or if the southbound left-turner did.

The final witness, Ms. Walken, was a pedestrian who witnessed the collision while she was starting to walk across the intersection; she had just stepped off the curb after receiving the walk indication, three or four seconds before the collision; she did not see the collision nor who had a green light.

When considered in their totality and in light of the phasing plan and signal timing plan, the driver and witness statements coalesce into a scenario that may very well enable you to help Mr. Northcutt. Simply stated:

While not yet conclusive, this finding would support taking your investigation beyond this initial evaluation. The final witness could be interviewed to determine the crosswalk in which she was crossing. If she would credibly testify that she was crossing on the east side of the intersection, the above conclusion would solidify from simply a possibility to the most probable explanation of the circumstances surrounding Mr. Northcutt’s collision. Further, an accident reconstructionist could overlay these signal sequence and timing parameters with their findings related to the speed of both vehicles to perform an analysis of the time and distance for both vehicles as they approach the area of impact. If this time and distance analysis shows that this scenario fits well with the physical evidence and the resulting reconstruction of the collision, you would be well-positioned to successfully help Mr. Northcutt recover from his damages as he so rightly deserves.

This sample shows a very simple and straightforward intersection, a textbook intersection if you will. There are however, a number of different configurations to signal phasing and timing that could greatly affect the outcome of this scenario. Some examples are:

Any of the above special conditions could have had great influence on our evaluation. Knowing these functions exist and how to look for them is critical in evaluating the situation properly. If the TOD plan stated that Ms. Southwick was in a “lagging” left, it would be more probable that Mr. Northcutt ran the red light. If the timing plan called for an exclusive ped phase, both drivers would have been guilty of running the red lights. Knowing precisely what features are in place and how to apply the signal controller rules allows for the clearest possible evaluation of a “who ran the red light” matter. 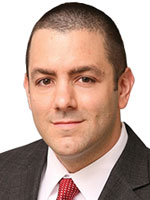 Allen Bourgeois, P.E., is a licensed Civil and Traffic Engineer with Traffic Works and has over 15 years’ experience evaluating transportation infrastructure, determining the need for safety enhancements, and working with government agencies to conduct safety analyses. He has served as a court-qualified expert providing findings and opinions regarding the design and operation of public and private transportation facilities. 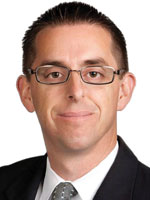 Matthew Manjarrez, P.E., a Principal with Traffic Works, is an experienced transportation professional, licensed as both a Civil Engineer and a Traffic Engineer, with over 20 years of consulting experience. Matthew serves as a technical expert in various legal matters involving vehicular, transit, bicycle, and pedestrian safety issues. Matthew has qualified and testified at trial as a highway design and traffic engineering expert in courts within the State of California. In addition, he has provided deposition testimony and written declarations in support of clients’ motions before the court.