Lawyers must practice case management as opposed to case manipulation; with insurance bad-faith cases, your fingerprints can literally destroy the claim

Many legitimate cases have been shot down by the defense because a lawyer’s heavy-handed fingerprints have been left throughout the case. Sometimes the reason for their presence is the ego of the lawyer, the belief that the case will be settled and not go to trial or, should the case be tried, a lack of understanding of jury dynamics. Most often, the lawyer’s fingerprints are present in the name of “case management.” In almost all cases, there is no need for the lawyer’s fingerprints to be present at all. Legitimate cases speak for themselves; the trial lawyer’s job is to allow the facts and the law to do just that.

I am not advocating that lawyers should not manage their cases. On the contrary, what I am urging is a better understanding of what constitutes case management as opposed to case manipulation.

The following are some of the areas where overzealous or inexperienced lawyers tend to harm clients’ cases by needlessly leaving a trail of fingerprints that trace right back to the lawyer:

It is not unusual for clients to request that their lawyers refer them to a physician. Such occasions may arise either at the outset of the matter or at some other time during the course of the case. It may be in the best interest of the client that such a referral take place.

It is not improper or unethical to give such a referral to a client. Often the client does not have a family physician or is in need of a specialist. Many clients do not have the sophistication necessary to choose a competent specialist. Furthermore, many physicians will not involve themselves in matters that are in or may lead to litigation. Not all physicians, who are otherwise competent, have the ability to stand up to the pressures of litigation and communicate well in a courtroom. Rest assured that any physicians sought out by the defense will be no strangers to the courtroom. They will have all of the charm necessary to ingratiate themselves to the jury, but their opinions will be of no surprise to the defense.

Plaintiffs’ lawyers should not play the same game as the defense in referring clients to doctors. Once discovered, the defense will attempt to make much of it. There are a number of ways in which the defense can discover the source of the referral. Very often the physician’s own records will reveal that attorney ‘‘X’’ referred the patient. An interrogatory or a question at deposition of your client will likewise inform the defendant of that fact. An evasive answer will blow the matter out of proportion at the time of trial. Your client and plaintiff’s doctor will be questioned before the jury and later defense counsel will comment during argument about their evasiveness and lack of candor. The history of the relationship between the referring lawyer and the physician will also be inquired into.

Be careful with your medical referrals

Avoid the problems and think ahead at the time that you make the referral. Refer only to highly competent and reputable health practitioners. Avoid treatment mills. Suggest the names of three physicians in the closest proximity to your client’s work or residence and let the client choose which one to see. Thus, when the client is questioned about the referral, he can honestly state that you provided the names of three physicians and did not suggest anyone in particular. I have a rule that I will not refer a client to a physician I myself would not seek out if I had a similar medical problem.

A lawyer who does not prepare the client or, when the opportunity presents itself, a witness before giving testimony is, to put it mildly, flirting with danger. Horse shedding a witness is a time honored and ethical obligation of a lawyer. (James Fenimore Cooper originated the phrase “horse-shedding the witness,” referring to attorneys who lingered in carriage sheds near the old courthouse in White Plains, New York, to rehearse their witnesses.) How you prepare the witness is, however, a horse of a different color. Putting words into the mouths of witnesses, especially lawyer-type words, is guaranteed to boomerang against you. Your fingerprints are all over that witness.

Make sure the witnesses you prepare use their own words and manner of speaking in giving testimony. Find out what they will say and what they won’t say. An excellent technique is to intentionally try to push witnesses to say something that they already told you privately they are not prepared to state. When that witness openly disagrees with you in front of the jury it will establish the witness’s independence and believability. A witness who merely answers in the affirmative or negative as you press the button is not impressive. In examining your client, overstate the extent of the injury and have him or her balk at going along with you. After all, it is the testimony of the witness that the jury should hear, not that of the attorney.

Communications with defense and insurer

Although the communications between the plaintiff’s lawyer and the defense interests are almost never admissible in the underlying action, they do play an important role in subsequent litigation. Before discussing that role, do not overlook the impact that such communications have on the underlying action. When a lawyer uses a doctor who the defense believes is a build-up artist or prone to do unnecessary surgery, you harm your client’s case. Your client has a legitimate case and does not need to be tainted by physicians with that reputation, whether that reputation is justified or not.

Conducting yourself at depositions so as to prevent the deponent from testifying to the facts and nothing but the facts only frustrates your ability to convince the defense that this is a claim they should settle for serious money. Instead you create an unnecessary paper war or personality contest. When you have the cards, let the defense read them and weep.

Fingerprints and the bad-faith case

A lawyer’s fingerprints in the underlying case can utterly destroy a subsequent first- or third-party “bad faith” case. Manipulation of the medical evidence, or other sharp practices, will be brought to the jury’s attention in order to divert the focus from the insurance carrier’s conduct to the plaintiff or plaintiff’s lawyer. A first or third-party “bad faith” action must be based on a clean underlying case. Both the client and the lawyer in the underlying case must be perceived as honest and deserving of better treatment than they received. Whereas liability may be reasonably clear, the nature, extent and duration of the damages is often the issue upon which the defense relies. The following underlying type cases are examples of non-viable first- and third-party “bad-faith” cases.

A lawyer’s fingerprints can also be smeared over a “bad faith” case because of the lawyer’s conduct in the underlying matter. Premature accusations of bad faith are unfortunately all too common. They serve no useful purpose. Instead, they enable the defense to later claim that all you were interested in doing was “setting up” the insurance company and creating the bad-faith case instead of honestly wanting to settle the underlying claim. Don’t play into that trap.

Pursue the underlying claim with diligence, giving the defense adequate opportunity to determine that liability is reasonably clear as well as the extent of the damages so that they are in a position to attempt in good faith to effectuate a prompt, fair and equitable settlement of the claim. When reasonable minds would not differ in determining that they have violated their duties and obligations under the covenant of good faith and fair dealing, write them a letter which avoids using the term “bad faith.” The letter should set forth all of the relevant facts that have transpired and your disappointment in their not offering a prompt, fair and equitable settlement of your client’s claim.

There is a movement in the art world known as “Minimalism.” It sprung from a reaction to the art that had gone before it where the artist’s hand was plainly evident in his work. The Minimalists sought to remove themselves from their work and allow it to speak for itself. Minimalists would not even sign the work on its face. I suggest that a plaintiff’s lawyer should be a Minimalist.

The client’s case should speak for itself. Lawyers must do everything they can to allow the facts and the law to take center stage. They should be a catalyst assisting the system so that the client receives justice. Lawyers are neither the “star,” nor the reason for all of the activity that surrounds the claim. If the lawyer’s fingerprints are not in the file, the defense is left with contending with the facts and law of the case. 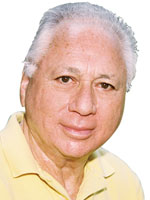 Stanley K. Jacobs has practiced law for more than 50 years.  Having tried over 140 jury trials to verdict, he is a diplomat of ABOTA and was CAALA’s Trial Lawyer of the Year for 1985. He is a former president of the state trial bar, CAOC, and is a member of the CAALA Hall of Fame since 2006.